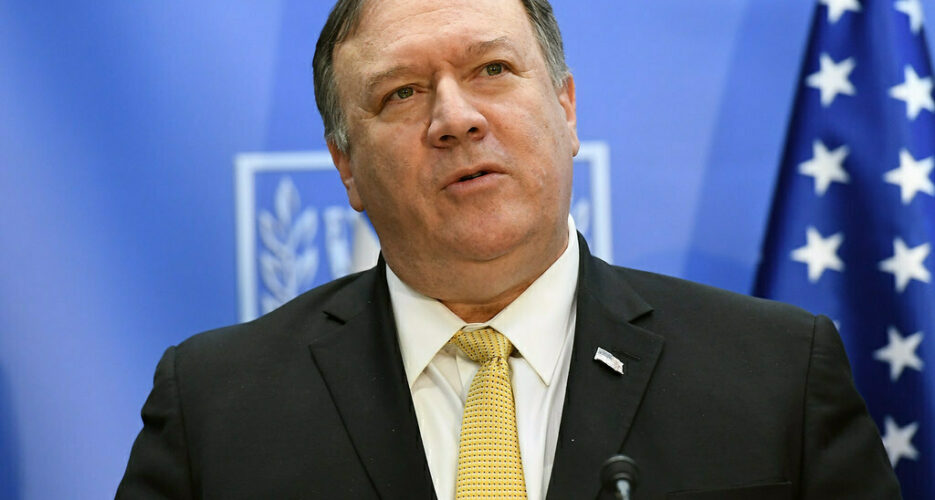 U.S. Secretary of State Mike Pompeo on Friday said he hoped there would be a third summit between President Donald Trump and North Korean leader Kim Jong Un.

During an interview with CBS This Morning, the U.S. Secretary of State added that there had been further talks with the DPRK since the failed summit in Vietnam in February.

“I hope (there will be a third summit). Look, we came out of Hanoi with a deeper understanding of each other, the positions that the two sides had,” Pompeo said.

The U.S. Secretary of State added that Washington was not disappointed with the Hanoi summit and that diplomatic channels remained open.

“It’s a negotiation, and we’ve always known this was going to take a while, so I don’t know that I was disappointed,” Pompeo said.

“You always hope you’ll make progress faster, better. You know that in every interaction you have. We’re determined; I’m convinced the North Koreans are determined as well.”

Pompeo also smoothed over potential issues with ally South Korea, who are looking to cooperate economically with the DPRK, though many of their plans are likely hindered by international sanctions.

South Korea has had to ask for sanctions exemptions for some of their planned projects with the DPRK, while they also may have fallen afoul of UN sanctions covering refined oil product shipments to North Korea.

But Washington’s top diplomat would not be pinned down on the possible area of disagreement with Seoul.

“I talk to my South Korean counterpart a lot. She’s a delightful, capable minister for their country. They’re neighbors with the North Koreans. Many North – South Koreans have family members there,” Pompeo said.

“I understand the sentiment, but they’ve been great partners, and we have worked closely together to enforce these sanctions. We appreciate what they’re doing.”

The U.S. Secretary of State then answered negatively to several questions on whether diplomatic channels between the U.S. and the DPRK had gone cold, saying that all channels remained open, including communications between the two Koreas.

Pompeo also weighed in on the possibility that the North Korean leader will make a speech at the first session of the 14th Supreme People’s Assembly in Pyongyang on April 11.

“It is a big day. It’s something that’s an annual event where the leader of North Korea speaks to his people. We’ll watch very closely what he says,” Pompeo said.

“I don’t expect there’ll be a great surprise, but I do hope that he will share his sentiment, his sentiment that says: We – I believe, as the leader of North Korea, I believe the right thing to do is for us to engage with the United States to denuclearize our country, and that we’ll have a brighter future for the North Korean people.”

Despite Pompeo’s positive outlook, Washington and Pyongyang seem to be at an impasse over how to progress diplomatically, with North Korea demanding the rolling back of economic sanctions, and Washington calling for the DPRK to hand over its nuclear weapons, fuel and dismantle the relevant facilities.

U.S. Secretary of State Mike Pompeo on Friday said he hoped there would be a third summit between President Donald Trump and North Korean leader Kim Jong Un.During an interview with CBS This Morning, the U.S. Secretary of State added that there had been further talks with the DPRK since the failed summit in Vietnam in February."I hope (there will be a third summit). Look, we came out of