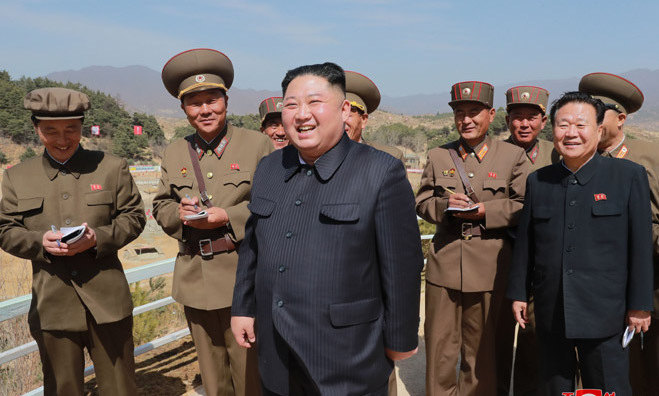 DPRK leader Kim Jong Un was in the Friday morning edition of party daily the Rodong Sinmun described as “supreme representative of all the Korean people,” in what represents a new title amid a broader reshuffle in the country’s top leadership.

The comments reportedly came at Thursday’s session of the country’s rubber-stamp Supreme People’s Assembly (SPA) — its first meeting since elections in March.

Choe, state media reported, proposed recently-elected SPA deputies “highly elect the respected and beloved Comrade Kim Jong Un as the DPRK SAC chairman, who is the supreme representative of all the Korean people and the supreme leader of the Republic.”

Thursday represents the first time that the phrase has been used to describe the North Korean leader, and follows Kim’s surprise decision last month not to take a seat in the SPA.

Associated Press Pyongyang Bureau Chief Eric Talmadge following that election reported that the move was linked to the leader being granted the title of  “supreme representative of all Korean people.”

The move was codified in February by the standing committee of the SPA, Talmadge said. State media was, as of Thursday, yet to publicly use the title to refer to Kim.

“The addition of the ‘supreme representative of all the Korean people’ formulation to qualify the DPRK SAC chairman title suggests that the North may add the same or similar language to the constitution,” said Minyoung Lee, an analyst with NK News‘s sister site NK Pro.

The new title, Lee added, “could be modeled on the 1972 DPRK constitution under Kim Il Sung, which first codified the ‘DPRK president’ title and the powers of the DPRK president.”


“Article 89 of the 1972 constitution–also the first provision under the ‘DPRK President’ section–stipulated: ‘The DPRK president is the head of the state and represents the DPRK’s national sovereignty.'”

Kim Yong Nam, who for over two decades served as North Korea’s titular head of state in his capacity as President of the Presidium of the SPA, has also been replaced by Choe Ryong Hae.

“For decades, North Korea has not seen a non-Kim with so much power,” Fyodor Tertitskiy, an expert on North Korean politics and the military, said of Choe’s promotion.

“Reportedly Director of the Organization and Guidance Department, member of the Politburo Standing Committee, Chairman of the SPA Presidium and First Vice-Chairman of the State Affairs Commission – he holds all these positions,” Tertitskiy added.

“Moreover, Rodong Sinmun reported on [Choe] with a separate line, while the rest of the officials were listed in a row,” he continued. “Only Kim Jong Il under Kim Il Sung received such treatment.”

DPRK leader Kim Jong Un was in the Friday morning edition of party daily the Rodong Sinmun described as "supreme representative of all the Korean people," in what represents a new title amid a broader reshuffle in the country's top leadership.

The comments reportedly came at Thursday's session of the country's rubber-stamp Supreme People's Assembly (SPA) -- its first meeting since elections in March. 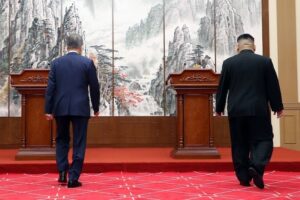