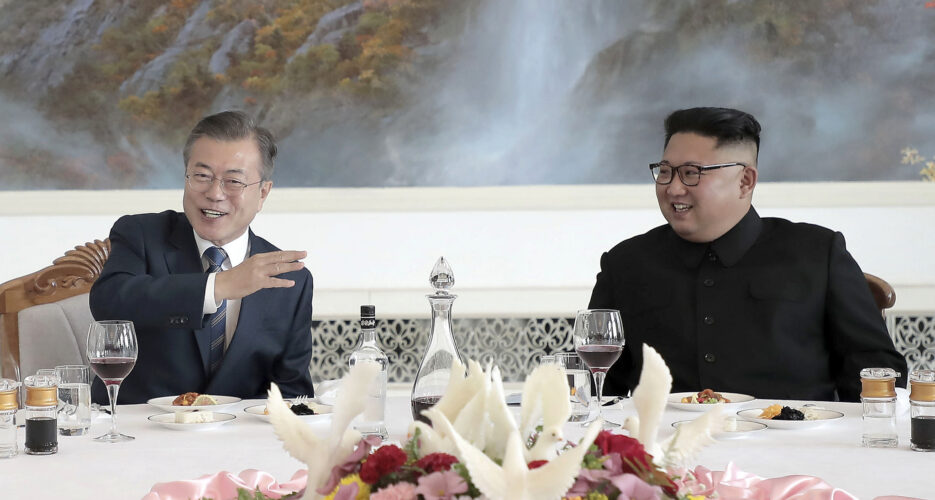 The editorials come in response to the MOU’s announcement earlier this month of its 2019 Work Plan, in which it said Seoul would seek to facilitate North Korea-U.S. dialogue through stepping-up inter-Korean talks.

In the annual proposal, the unification ministry said Seoul would seek to push both the U.S. and the DPRK towards an agreement on denuclearization through North-South dialogue and “close cooperation” with the U.S.

Online outlet the Meari — widely seen as outer-track media and not for domestic consumption — on Friday, however, said this position is “presumptuous,” with an op-ed by Go Chong Myong arguing South Korea “forgets its position.”

“The South Korean authorities have been under grave apprehensions since the second DPRK-U.S. summit took place,” the Meari said.

“How can the South Korean authorities, which cannot do anything without the U.S.’s approval and instruction, play the role of mediator and facilitator?”

The Moon administration, it continued, has not taken any “practical measures to fundamentally improve inter-Korean relations… walking on eggshells around its master, the U.S.”

To improve the North-South relations more actively, the Meari said South Korean authorities should instead “strive to implement inter-Korean declarations with an independent stance.”

“The South Korean authorities should play a role of the person directly concerned before it is too late,” the Meari said, urging Seoul to change its mindset and join Pyongyang in standing up to Washington.

Recent weeks have seen the South Korean government stress it will seek to push ahead with inter-Korean economic cooperation, including the resumption of work at the Kaesong Industrial Complex (KIC) and tourism resort on Mount Kumgang, within the framework of international sanctions.

But Meari warned on Friday that this position could mean that progress in North-South cooperation might “drift indefinitely.”

Other outer-track online outlets the DPRK Today and Uriminzokkiri also struck a similar tone, in articles published on Thursday and Friday.

Both outlets denounced South Korea for “a foolish act… rushing into the issue presumptuously,” accusing Seoul of neglecting its commitments under inter-Korean agreements.

They also accused the unification ministry of “sophistry” for its stated goals of, among other things, improving support programs for defectors and “substantially promoting ‘human rights’ in North Korea.”

The publication of the 2019 Work Plan, the DPRK Today and Uriminzokkiri said, demonstrated an “overt avoidance of the basic spirit and agreements of inter-Korean declarations” and “obsequious behavior which ingratiates itself with the pressure of the U.S. and conservative powers.”

“If the South Korean authorities sincerely hope for sustainable development of inter-Korean relations… they should dump the package of documents — which are worse than useless — into the trash bin and behave with conviction.”

The DPRK Today and Uriminzokkiri also on Thursday criticized a meeting of an ROK-U.S. working group on North Korean issues held earlier in the month in Washington.

That meeting saw the South Korean government obtain approval to transport the equipment and supplies needed to hold video reunions between families separated by the Korean War to the DPRK, which the two Koreas previously agreed to hold “as a matter of priority.”

Though the ROK MOU previously said it would push ahead with video reunions earlier this year, plans have since been put on hold.

At the meeting of the ROK-U.S. working group this week, DPRK state-run outlets claimed that Washington had ignored “various requests on inter-Korean cooperation” by Seoul.

“The meetings of the ‘ROK-U.S. working group’ once again plainly show that their relations are the thorough master-servant relationship,” both said.

Following the launch of that working group back in November, North Korean media said the organization was part of a U.S. attempt to “ruin” inter-Korean cooperation.

The editorials come in response to the MOU's announcement earlier this month of its 2019 Work Plan, in which it said Seoul would seek to facilitate North Korea-U.S. dialogue through stepping-up inter-Korean talks. 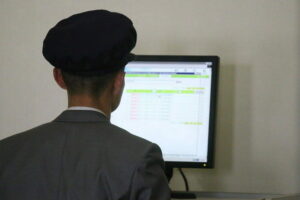