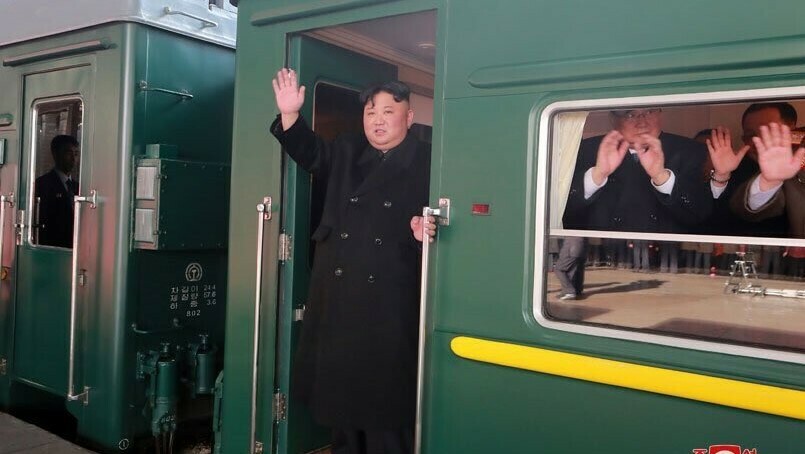 The North Korean leader left “for the second DPRK-U.S. summit meeting and talks to be held in Hanoi, the Socialist Republic of Vietnam” yesterday afternoon, the KCNA reported.

The report marks North Korean media’s first official confirmation that next week’s summit between Kim and U.S. President Donald Trump will be held in the Vietnamese capital.

Another noteworthy addition is O Su Yong, an economic technocrat who serves Vice Chairman of the WPK and Director of the WPK Economic Affairs Department, and Kim Phyong Hae, a CC vice chairman responsible for ruling party personnel management.

Also in the entourage are the DPRK leader’s sister and first vice director of the ruling party’s Propaganda and Agitation Department (PAD) Kim Yo Jong, and vice foreign minister Choe Son Hui.

It is not stated, however, whether they are joined by North Korean first lady Ri Sol Ju.

The report comes just hours after a train believed to be carrying Kim was seen crossing the Dandong Yalu Friendship Bridge on the North Korea-China border.

Kim’s train crossed the bridge at about 2120 local time, with Chinese security personnel blocking road access near it and a hotel adjacent to Dandong station emptied of all visitors, photos seen by NK News showed.

Non-stop train travel from Pyongyang to Hanoi – a combined rail route of 2581.79 miles according to data from two sources – could take as little as 47 hours if an average-speed of 56 miles per hour could be maintained by Kim Jong Un’s train along the entirety of the route.

Kim has been confirmed to have used the train to visit Beijing twice in the past 12 months, most notably in March 2018 for his first ever trip overseas since becoming leader.

The North Korean leader is expected to arrive in Hanoi for an “official visit” early this week, with the second U.S.-DPRK summit to be held on Wednesday and Thursday. 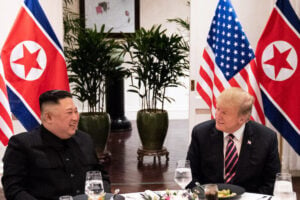