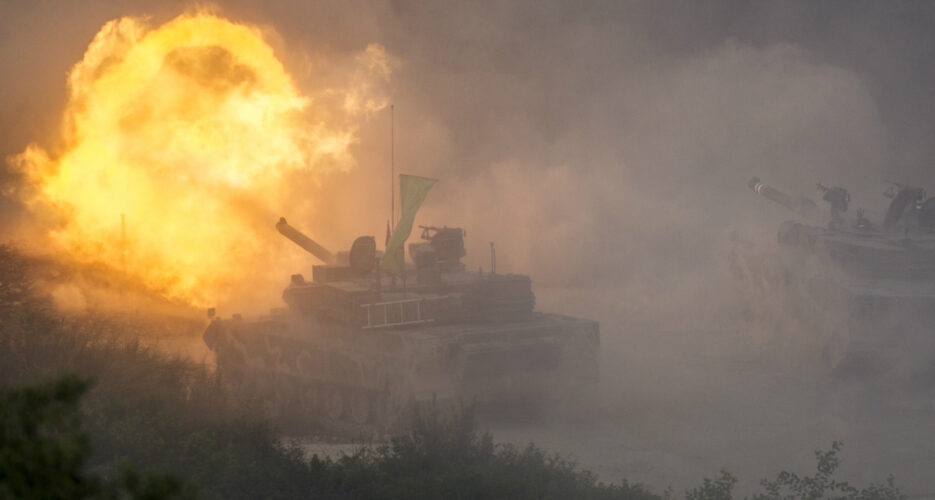 South Korea at midnight on Thursday began a halt to land, air, and sea military exercises and began the operation of a designated no-fly zone along the military demarcation line (MDL), an official from the ROK defense ministry confirmed to NK News.

The measures are in line with September’s Agreement on the Implementation of the Historic Panmunjom Declaration in the Military Domain, signed by the two Koreas’ defense ministers on the sidelines of the fifth inter-Korean summit in Pyongyang.

South Korea’s Ministry of National Defense (MND) on Wednesday said Seoul had adjusted artillery firing ranges in the buffer zone and would adapt future FTX to the new changes.

Amid fears that the new plans could impact Seoul’s military readiness, the ROK military in September said FTX had typically been conducted five kilometers outside of the MDL and that the effect on preparedness would therefore be “insignificant.”

At sea, both sides have stopped all live-fire and maritime maneuvers within 80 kilometer buffer zones on the east and west coast.

The North and South Korean military will also “install covers on the the barrels of coastal artillery and ship guns and close all gunports” within the designated zone.

Wednesday saw the ROK MND confirm that Seoul has begun to take steps towards this end, including the closure of gun ports of coastal artillery on Yeonpyeong and Baengnyeong Island.

The buffer zone stretches from the north of Deokjeok Island to the south of Cho Island in the West Sea and the north of Sokcho city and south of Tongchon County in the East Sea.

Tactical live-fire drills — which involve the firing of air-to-ground guided weapons from fixed-wing aircraft  — have been suspended within the no fly zones, which also took effect from Thursday.

The ROK MND on Wednesday said Seoul had declared the no fly zone internally and externally by issuing a Notice to Airmen (NOTAM).

The size of the no fly zones depends on the aircraft type being used above the MDL, to ensure that the ROK and U.S. air forces’ ability to conduct joint military drills without any setbacks, the ministry added.

Fixed-wing aircraft, for instance, are prohibited from flying within 20 and 40 km from the MDL on the west and east coast, respectively.

Rotary-wing aircraft, unmanned aerial vehicle (UAV), and hot-air balloons are also banned from certain designated areas, with the no fly zone not applying to commercial aircraft such as cargo planes.

Prior notification is required before an aircraft subject to the restrictions enters the no-fly-zone, with exceptions set to be granted in situations where fire-fighting, ground and maritime rescue, patient evacuation, weather observation, and farming support is required.

Seoul and Pyongyang will also apply revised procedures from Thursday in an attempt to prevent “any accidental military clash at all times in every domain.”

Should the no fly zone be violated, a four-step system consisting of radio warning, interdiction flight, warning flight, and military action will be applied.

To this end, the South Korean military has amended the Joint Chiefs of Staff (JCS) and operations command’s field standing operating procedures (SOP), the MND said on Wednesday, adding on-site training has been provided.

The North has closed the gun ports of coastal artillery on the western coast recently, Seoul says.

“It will serve as effective measures to accelerate the alleviation of military tensions and confidence building between the two Koreas,” the South Korean defense ministry said.

“It is… a meaningful step to take the initiative in achieving the denuclearization and establishing permanent peace on the Korean peninsula.”

South Korea at midnight on Thursday began a halt to land, air, and sea military exercises and began the operation of a designated no-fly zone along the military demarcation line (MDL), an official from the ROK defense ministry confirmed to NK News.Seoul believes the North has taken corresponding steps, the source added.The measures are in line with September's Agreement on the