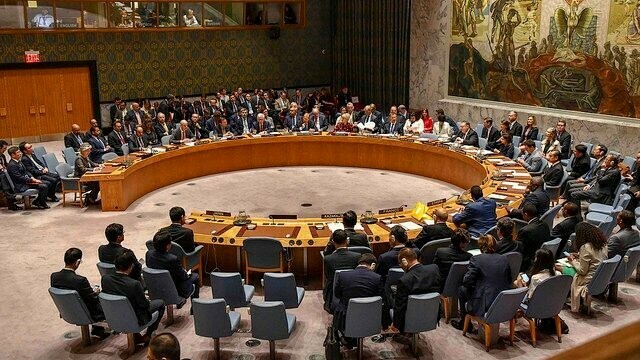 China and Russia called for UN restrictions on North Korea to be re-evaluated on Thursday, while the U.S., Japan, and numerous European countries said that pressure should be maintained until the DPRK has shown concrete steps towards denuclearization.

The meeting of the UN Security Council (UNSC) chaired by U.S. Secretary of State Mike Pompeo revealed deep divisions between how Washington, Moscow, and Beijing view the next stages of North Korea’s disarmament process.

While all the foreign ministers speaking at the UNSC meeting hailed the diplomatic progress made since last year, the U.S., the UK, France, Sweden, and Japan all pointed to continuing sanctions violations and a lack of concrete evidence that the DPRK was shutting down its weapons programs.

“Until the final denuclearization of the DPRK is achieved and fully verified it is our solemn collective responsibility to fully implement all Security Council resolutions pertaining to North Korea,” Pompeo said at the ministerial meeting.

“Enforcement of UN Security Council sanctions must continue vigorously and without fail until we realize the full, final, verified denuclearization.”

Pompeo highlighted illicit ship-to-ship (STS) transfers of oil products as an area where the UN’s measures were not being adhered to.

UN Resolution 2397 prohibits the transfer of commodities to North Korea at sea and also placed a limit on how much oil member states could export to the DPRK over a 12-month period.

“The United States has assessed and can say in no uncertain terms say that the cap of 500,000 barrels has been breached this year,” Pompeo told the assembled diplomats.

“We continue to see illegal imports of additional refined petroleum, using ship-to-ship transfers, which are clearly prohibited under the UN resolution.”

Both Japan and the UK who have deployed military assets in the region to observe North Korea’s illicit maritime activities said they agreed with Washington’s assessment of the DPRK’s off-books oil flows.

But Chinese foreign minister Wang Yi called for a different approach, saying that the next steps should involve a “timely release” of a declaration to end the Korean War.

Although Beijing also called for UN resolutions to be enforced fully while they are in place, Wang also said the UN Security Council should examine rolling back restrictions against North Korea in line with cooperation from Pyongyang.

“There is a provision in the Security Council resolutions that the council is prepared to modify the sanctions measures in light of the DPRK’s compliance,” Wang said.

“Now given the positive developments … China believes the Security Council needs to consider invoking in due course this provision to encourage the DPRK and other relevant parties to move denuclearization further ahead.”

Russian foreign minister Sergey Lavrov doubled down on the calls to reduce sanctions, while also taking the opportunity to denounce Washington’s use of unilateral measures against North Korea.

“It is unacceptable for sanctions against the DPRK to become an instrument of collective punishment. The lack of trust between Washington and Pyongyang hinders the development of joint measures,” Lavrov said.

“Against the backdrop of Pyongyang’s readiness to cooperate … it seems inappropriate and untimely when our Western partners have imposed a course towards tightening the sanctions regime against the DPRK. ”

Moscow’s representative added that steps towards disarmament should be followed by “easing of sanctions,” while saying that Russian wanted to prepare a UN resolution preventing countries from issuing autonomous sanctions and covering them “under the authority of the Security Council.”

South Korean foreign minister Kang Kyung-wha was also invited to speak at the meeting, though she steered clear of any direct mention of UN sanctions, instead reminding countries that progress North Korean denuclearization would likely be difficult and prone to stalling.

China and Russia called for UN restrictions on North Korea to be re-evaluated on Thursday, while the U.S., Japan, and numerous European countries said that pressure should be maintained until the DPRK has shown concrete steps towards denuclearization.

The meeting of the UN Security Council (UNSC) chaired by U.S. Secretary of State Mike Pompeo revealed deep divisions between how Washington, Moscow, and Beijing view the next stages of North Korea's disarmament process. 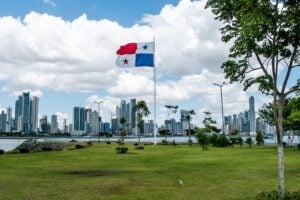