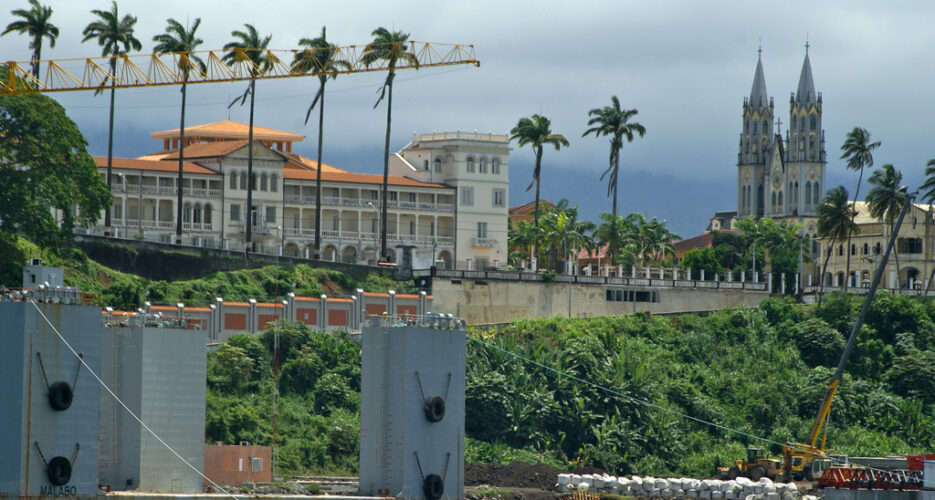 Equatorial Guinea repatriated North Korean laborers and has taken steps to cut ties with the DPRK in the agricultural sector, its most recent UN sanctions National Implementation Report (NIR) – uploaded by the 1718 Committee this week – claims.

According to the report, dated August 7, the country took three specific actions in order to restrict relations with North Korea, with one of the actions being imposed directly by the Office of the President.

These were taken “with regard to the sanctions imposed by the United Nations Security Council against the Democratic People’s Republic of Korea, concerning the prohibition of the continued development of weapons of mass destruction,” the report says.

Measures taken included putting an end to “all activities” of a North Korea agricultural company called “Miramax”, which was operating in the Oveng municipality.

“The company has liquidated its assets and expatriate staff have already returned to North Korea,” the report reads.

In Equatorial Guinea’s forestry and environment subsector, the activities of a North Korean forestry company – identified as “Chilbo” – were similarly Halted. Chilbo owned a sawmill as well as operated a veneer and plywood manufacturing business.

“The company has sold its sawmill in the municipality of Milong, in the district of Añisork, and its veneer and plywood manufacturing business in Bome to the Chinese company Changxi, and staff have been repatriated,” the report says.

The company is identified as the Chilbo Wood Company in a Korean Central News Agency (KCNA) report published in February 2006.

Equatorial Guinea’s presidential office also revoked a memorandum of understanding on agricultural cooperation, which it says was signed in Malabo on September 13 of 2017 by North Korea’s ministry of agriculture.

Officials from the two country’s agricultural ministries held talks in Pyongyang in August 2017 according to the Korean Central News Agency (KCNA).

According to the current UN Security Council (UNSC) resolutions, member states are required to repatriate North Korean nationals earning income in their jurisdictions immediately, but no later than December 22, 2019. Equatorial Guinea’s alleged actions detailed in the report, would be in line with Resolution 2397.

The report is only the second filed by the West African state, with its first submitted in January this year. In the earlier report, the country said that it would end its trade links with North Korean companies.

It also said that the North Korean Embassy in Malabo was told “to cease all commercial activities and urgently repatriate all citizens of that country, while the Government considers other arrangements and measures in this regard.”

North Korea and Equatorial Guinea – as with many African states – have long-standing relations stemming from the 1960’s and 70’s.

Diplomatic relations were first set up under Dictator Francois Macias and North Korea’s founding leader Kim Il Sung. Both rulers maintained a close relationship until Macias was tried and executed in a coup by Nephew Teodoro Obiang Nguema.

Kim even provided a home for Macias’ family in exile, with his daughter – Monique Macias – recounting her 15 years in Pyongyang as a guest of Kim’s for NK News in 2014.

Despite the overthrow of Macias, North Korea’s diplomatic relations with Equatorial Guinea remained and encompassed both economic and, at times, reported military cooperation.

As with other nations on the continent, North Korea’s now sanctioned Mansudae Overseas Projects (MOP) also conducted construction activities in Equatorial Guinea, building the Luba stadium and Luba conference hall, according to the UN Panel of Experts (PoE) tasked with monitoring sanctions implementation.

Despite the recent implementation reports, North Korean state media coverage of a recent DPRK delegation to the country, let by Ryu Myong Son, vice department director of the Central Committee of the Worker’s Party of Korea (WPK), indicates an intention to maintain close ties.

During the trip, which took place in late July, Ryu met with the Prime Minister Francisco Pascual Obama Asue.

According to KCNA, Asue “called for strengthened mutual support and solidarity in the struggle to maintain independence and realize the people’s interests, stating that Equatorial Guinea, a close friend of the Korean people, would develop the friendly relations between the two countries in the future, too.”

Equatorial Guinea repatriated North Korean laborers and has taken steps to cut ties with the DPRK in the agricultural sector, its most recent UN sanctions National Implementation Report (NIR) - uploaded by the 1718 Committee this week - claims.According to the report, dated August 7, the country took three specific actions in order to restrict relations with North Korea, with one of the