What a Moon-Kim meeting did – and didn’t – achieve
The inter-Korean summit cleared the fog, but a long road to denuclearization lies ahead
Cha Du-hyeogn May 3, 2018 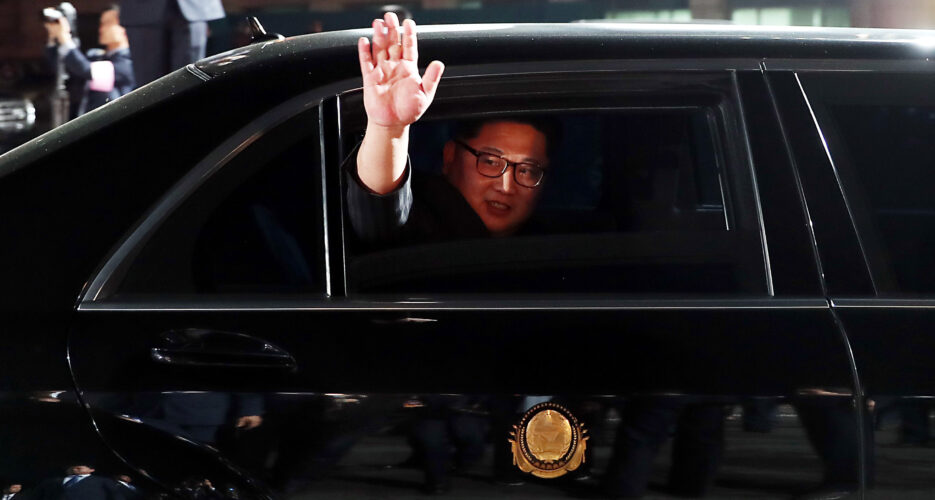 The world was watching with anticipation, and some concern, as the leaders of the two Koreas met at Panmunjom for history’s third inter-Korean summit on April 27.

It is fair to say that the overall atmosphere was one of celebration as President Moon Jae-in and Chairman of the State Affairs Commission Kim Jong Un jointly signed the Panmunjom Declaration: peace and the denuclearization of the peninsula are the undeniable wishes of people in both Koreas and of the international community, and the summit has raised hopes that this goal will be achieved soon.

Above all, the greatest meaning of the inter-Korean summit lies in that it brought North Korea — that had long walked on a one-way street on its own — to the dialogue table.

The atmosphere now is reminiscent of a U-turn in a soap drama, particularly when we remember last year, when threats of  “fire and fury” and “enveloping strike at Guam” came regularly from Pyongyang and Washington.

Kim Jong Un, previously known as a “reclusive dictator” or “Little Rocket Man,” made a splendid debut at the international stage.

From Pyongyang’s point of view, it succeeded in improving the image of Kim Jong Un. But at the same time, Kim was clearly burdened by the pressure of the promises he had made to the entire world.

When inside his own kingdom he rarely experiences the consequences of his bad behavior. But now, should Kim Jong Un decide to break his promises or behave deviously, he will have to worry about all the international attention focused on him.

Many point out that denuclearization still remains an abstract promise, and that the issues related to the peace regime on the Korean peninsula are being moved forward too quickly. On the other hand, South Korea, the U.S. and other members of the international community can argue that the North’s giving up its nukes at an early stage is required to complete the peace regime.

But on the issue of the agreement on the denuclearization of the DPRK, there remains a long road ahead.

Some suggest that the “complete denuclearization” mentioned in the declaration is de facto CVID (Complete, Verifiable and Irreversible Dismantlement) that the U.S. is seeking.

From Pyongyang’s point of view, it succeeded in improving the image of Kim Jong Un

But at the same time, this phrase can be sufficiently used to rationalize a “meeting on nuclear disarmament,” which the North has insisted on with the hope of gaining acknowledgment for the North as “Nuclear Weapon State.”

It must be said that the North already promised the South and surrounding countries to completely abandon its nuclear weapons program in the 9.19 Joint Statement, Pyongyang didn’t keep its vow.

Of course, there were limitations of what could be discussed at the inter-Korean summit: the nuclear issue will be discussed in full at the summit between U.S. President Trump and Chairman Kim Jong Un.

But the fact that there was no serious confirmation of the issue of the North’s denuclearization and it was simply “carried forward” to the U.S.-DPRK summit leaves open the possibility that Pyongyang will actually seek major financial rewards in the future.

Some may impart meaning to the fact that the North Korea media unprecedentedly mentioned “denuclearization of Korean Peninsula.”

In fact, the North has used the expression “denuclearization of the Korean peninsula” several times, including in a statement by a DPRK government spokesperson in 2016.

The Blue House on April 29 revealed further details on the conversation between Chairman Kim Jong Un and President Moon Jae-in at the summit, including plans for the shutdown of the northern nuclear test ground in Punggye-ri in May and Kim’s intention to do it publicly with international observers present.

One might be excited, seeing this a big step forward and a golden opportunity to confirm the North’s “sincerity” for denuclearization.

But let us scrutinize this. This declaration comes from the written decision adopted at the 3rd Plenary Meeting of the 7th Central Committee of the Workers’ Party of Korea held on April 20.

All moratoriums need to be verified for credibility

If one looks at this written decision, one can see that North Korea asserted that the “weaponization of nuclear arsenals has been reliably realized.” It is from this perspective that they will not conduct additional nuclear and missile tests, which “have become no longer necessary” (in the words of the Rodong Sinmun).

The North’s declaration works as a first step towards denuclearization, but all moratoriums need to be verified for credibility. Pyongyang has only agreed to international observation of the discontinuance of its nuclear tests – not a full verification in strict terms.

Pyongyang has also not said whether its development of ballistic missiles will “discontinue” or whether it will simply stop test-launches. It could still proceed with performance improvement: extra engine tests are still possible.

Clearly, the inter-Korean summit at Panmumjom cleared up a considerable part of the fog of uncertainty that was cast on the path toward the North’s denuclearization. But that fog still remains and there is a long way to go.

Now is the time to start thinking on how to keep the momentum on the North’s positive steps, putting aside our excitement and emotions. To achieve this, we should make sure the South, the U.S. and the international community’s interpretation that the Panmunjom Declaration de facto commits the North to ‘denuclearization at an early stage’ on paper.

There’s too much left to do before we celebrate.

The world was watching with anticipation, and some concern, as the leaders of the two Koreas met at Panmunjom for history's third inter-Korean summit on April 27.

It is fair to say that the overall atmosphere was one of celebration as President Moon Jae-in and Chairman of the State Affairs Commission Kim Jong Un jointly signed the Panmunjom Declaration: peace and the denuclearization of the peninsula are the undeniable wishes of people in both Koreas and of the international community, and the summit has raised hopes that this goal will be achieved soon.

Cha Du-hyeogn is the former secretary to President Lee Myung-bak for crisis information. He now works as a visiting research fellow at the Asan Institute for Policy Studies