Leaders met at Panmunjom for the second time, Seoul says, with results to be announced tomorrow
Hamish Macdonald May 26, 2018 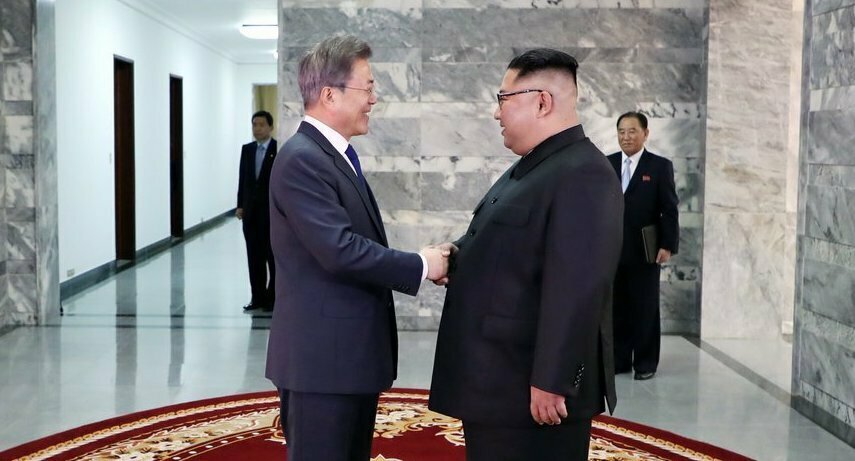 South Korean President Moon Jae-in and North Korean leader Kim Jong Un held a surprise meeting at Panmunjom on the inter-Korean border on Saturday, according to a statement issued by the Blue House.

The meeting is the second between the two leaders, with the first having taken place at the same location on April 27 and resulting in the signing of the Panmunjom Declaration.

Saturday’s talks also represent the fourth meeting between a North Korean leader and a South Korean President in history.

“President Moon Jae-in held a second summit meeting with Kim Jong Un, chairman of the State Affairs Commission at Tongilgak in the north of Panmunjom from 3 pm to 5 pm on May 26,” the statement, issued by Presidential Senior Secretary for Public Relations Yoon Young-chan, reads.

“The two leaders exchanged their opinions candidly for the implementation of the Panmunjom Declaration of April 27 and the successful hosting of the North-U.S. Summit,” it continued. “The results of the talks will be announced by the president at 10 am tomorrow.”

Accompanying the South Korean President was National Intelligence Service (NIS) director Suh Hoon, while on the North Korean side Kim Yong Chol, serves vice-chairman of the Central Committee of the Workers’ Party of Korea (WPK) and director of the United Front Department of the WPK Central Committee, joined Kim Jong Un.

Blue House also confirmed to media that first vice-department director of the Central Committee of the Workers’ Party of Korea (WPK) Kim Yo Jong met the South Korean delegation on the northern part of Panmunjom.

The surprise meeting comes days after U.S. President Donald Trump’s announcement that he would withdraw from a planned summit with Kim Jong Un, previously set to take place in Singapore on June 12.

A North Korean statement issued in response to the news saw DPRK first vice-minister of Foreign Affairs Kim Kye Gwan say his country remained prepared to hold face-to-face talks “at any time and in any way.”

The U.S. President later appeared to dial back on the decision, however, suggesting on Friday that the summit could still take place.

“We are having very productive talks with North Korea about reinstating the Summit which, if it does happen, will likely remain in Singapore on the same date, June 12th., and, if necessary, will be extended beyond that date,” Trump tweeted.

It also comes amid a marked souring of relations between the two Koreas – culminating in mid-May with the DPRK’s announcement that it would not engage in talks with South until pending issues between Seoul and Pyongyang were resolved.

The Blue House on Saturday said that Ri had not been present at the second summit, which saw the two leaders discuss steps for implementing the April 27 Panmunjom Agreement.

That agreement saw the two Koreas agree to, among other things, take steps to end the armistice agreement between the two countries and sign a peace treaty.

The two Koreas also committed to “the common goal” of a nuclear-free peninsula through “complete denuclearization.”

North Korea on Thursday claimed to have decommissioned its nuclear testing facility at Punggye-ri, following a controlled demolition witnessed by members of the international press.

In a move the country said would “transparency of the discontinuance of nuclear test(s),” the DPRK said the site, previously used in all six of the North’s nuclear tests, was now decommissioned.

South Korean President Moon Jae-in and North Korean leader Kim Jong Un held a surprise meeting at Panmunjom on the inter-Korean border on Saturday, according to a statement issued by the Blue House.

The meeting is the second between the two leaders, with the first having taken place at the same location on April 27 and resulting in the signing of the Panmunjom Declaration. 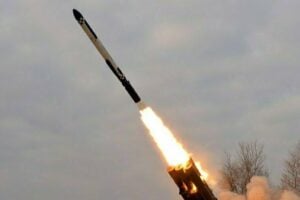 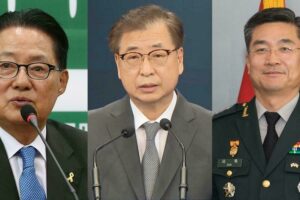 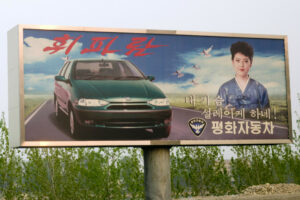