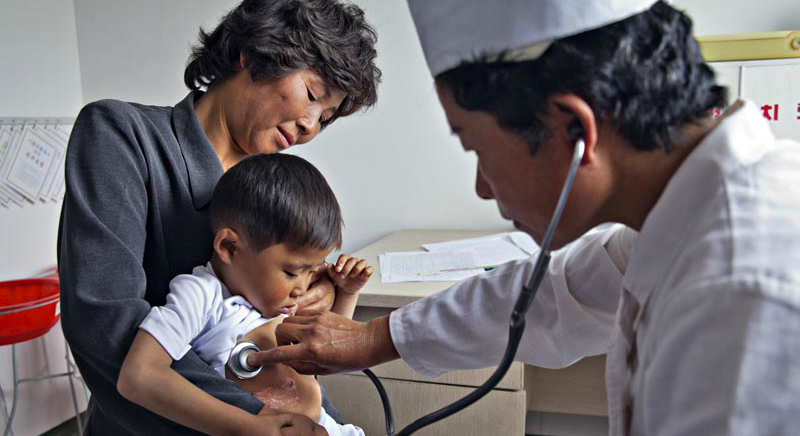 The North Korean Ministry of Public Health has confirmed that more than 81,000 North Koreans contracted Influenza A and that four died from the illness between December and mid-January, an international humanitarian agency said in a report last week.

The International Federation of Red Cross and Red Crescent Societies (IFRC) issued its report on a local outbreak of Influenza A (H1N1) on January 26.

A total of 81,640 individuals were reported to be suffering from Influenza A by the DPRK Vice Minister of Public Health, who “officially confirmed” the news to the World Health Organization (WHO) Country Office in Pyongyang on January 19.

24.5 percent and 22.8 percent of suspected infectees were children aged between 0 and 7 years and 8 and 16 years respectively.

The IFRC said that while the “outbreak has become generalized throughout the country,” 28.7 percent of cases had taken place in Pyongyang.

The North Korean government has asked for support with “influenza vaccination targeting high-risk individuals” while the Ministry of Public Health has reportedly “specifically” requested the WHO supply healthcare workers with 30,000 Oseltamivir tablets.

“WHO has so far dispatched 5,000 tablets with 30,000 in the pipeline to distribute to frontline healthcare workers and vulnerable groups,” the IFRC said in the written statement.

Oseltamivir, an antiviral drug, is usually on sale under the brand name of Tamiflu.

The DPRK health authorities have also the requested the WHO and the UN Children’s Fund (UNICEF) provide “support with conducting an effective communication programme,” while emphasizing “public health including surveillance and preventive activities.”

The Rodong Sinmun, an organ of the Workers’ Party of Korea (WPK), on Sunday reported that a new flu type (H3N2) has been spreading globally in the article published under the name of Pak Myong Su, director of the national hygienic inspection agency.

“It is crucial to know common sense of the new flu well and take preventive measures to thoroughly prevent the new-type flu in advance,” the Rodong said, suggesting several means of prevention.

Despite the organ saying “emergency quarantine measures have been taken to thoroughly prevent the new-type flu” in the country, there is no mention in the article of the 81,640 already affected in the country.

Relevant organizations, including the national hygienic inspection agency of the Ministry of Public Health, have reportedly been conducting inspections and quarantining “more strictly” at entry points including airports, ports, and stations on the border.

South Korea’s Ministry of Unification (MOU) on Monday said the government has been “continuously monitoring the trend of Influenza A” in the North.

“We will make full preparation for quarantine in a more thorough manner with regard to the visit of the North Koreans to the South and our side’s visit to the North,” Baik Tae-hyun, Spokesperson of Unification Ministry, told assembled media during a regular briefing.

The last comparable outbreak in the DPRK came in December 2009, when state media admitted that the new Influenza A (H1N1) virus had broken out in “some areas… amid the growing  number of its victims worldwide.”

The South Korean government in February the following year sent 200,000 liters of hand sanitizer – worth KRW1 billion –  to the DPRK to help the country combat H1N1 influenza. The goods were transported by 27 South Korean officials.

The WHO is yet to grade the outbreak of Influenza A in the North on its humanitarian emergency grade scale – a delay the IFRC said is due to the lack of epidemiological information provided by the DPRK Ministry of Public Health.

The UN health agency requires, according to the IFRC, information “including the age break down of suspected and confirmed cases, the number of pregnant women affected and confirmation of the type of influenza.”

In its report, the IFRC said the DPRK Red Cross Society and the Ministry of Public Health are holding daily meetings “to coordinate activities and better understand the needs and gaps.”

The North Korean Ministry of Public Health has confirmed that more than 81,000 North Koreans contracted Influenza A and that four died from the illness between December and mid-January, an international humanitarian agency said in a report last week.

The International Federation of Red Cross and Red Crescent Societies (IFRC) issued its report on a local outbreak of Influenza A (H1N1) on January 26.