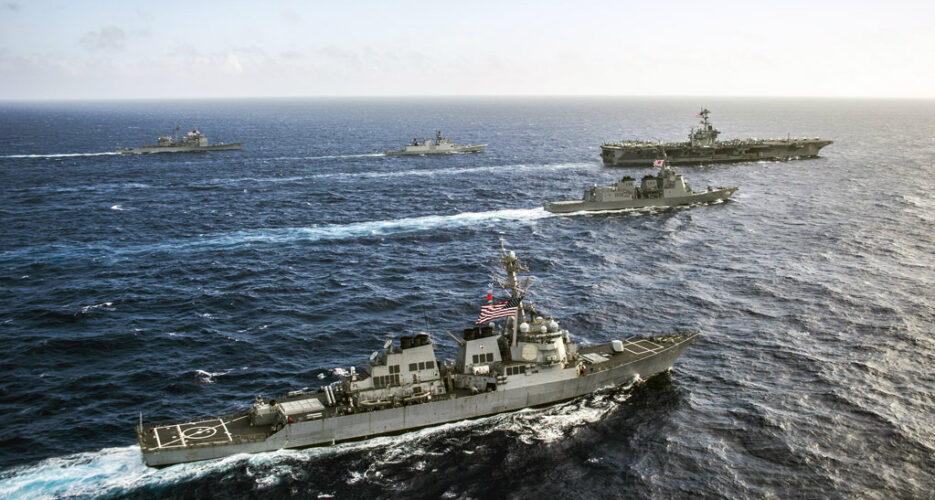 “This training is designed to prepare for North Korea’s growing nuclear and missile threats according to the agreement results of the 48th ROK-U.S. Security Consultative Meeting (SCM) held in October 2016,” the JCS said in a written statement.

“The three countries, South Korea, the U.S., and Japan, are staging the missile warning exercise near the waters of the South and Japan between [October] 24 and 25,” the statement added.

The South Korean Ministry of National Defense (MND) said on September 18 in a report for National Assembly’s defense committee that the exercise would be staged between late September and early October, but the drill appears to have been delayed.

The drill, a trilateral missile warning informational link exercise (LINKEK), is aimed at improving inter-allied procedures for detecting and tracking enemy rockets but does not include plans for interception of enemy projectiles.

During the exercise, Aegis warships from Washington, Seoul, and Tokyo will exchange information while detecting and tracking computer-simulated targets modeled on North Korean ballistic missiles.

The JCS said this is the fifth missile warning exercise since the first drill in June 2016.

Three other drills were staged in November 2016 and January and March this year, but Tuesday’s is the first to take place since Pyongyang’s test-firing of the Hwasong-12 intermediate-range ballistic missile (IRBM) at a normal trajectory over Japan on August 29 and September 15.

The defense chiefs had “substantive discussions” on North Korea at the meeting on the 2017 ASEAN Defense Ministerial Meeting Plus.

The U.S., South Korean, and Japanese militaries on Tuesday began a two-day missile warning exercise near the Korean peninsula, Seoul’s Joint Chiefs of Staff (JCS) announced. “This training is designed to prepare for North Korea’s growing nuclear and missile threats according to the agreement results of the 48th ROK-U.S. Security Consultative Meeting (SCM) held in October 2016,” the JCS