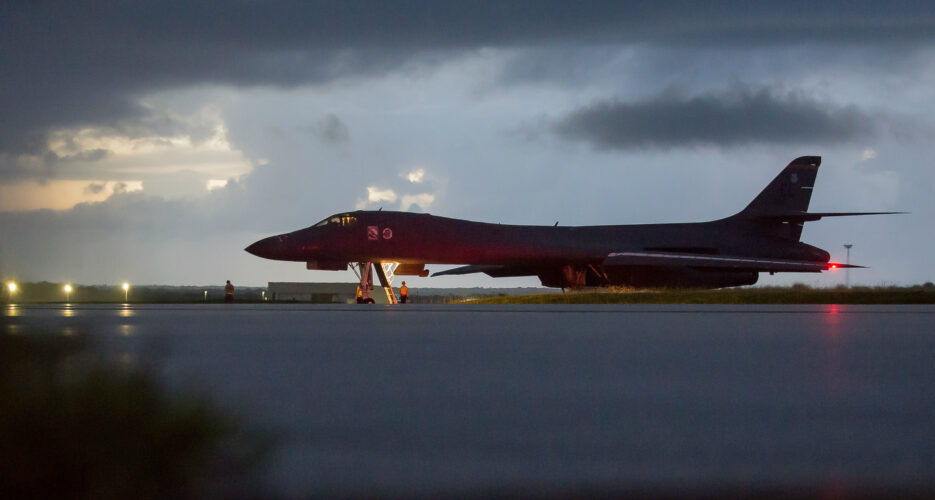 South Korea’s National Intelligence Service (NIS) on Tuesday claimed that North Korea did not “clearly detect” the deployment of U.S. B1-B bombers over the weekend and took no action in response, the head of the National Assembly’s Intelligence Committee said.

“It appears North Korea didn’t expect it all because [the flight happened] around midnight and it didn’t take any measures as [the B1-B Lancer fliers] are not clearly detected on radar and other systems,” Lee Cheol-woo, head of the intelligence committee, said, quoting a report by NIS officials to lawmakers.

“It was reported that North Korea has been moving aircraft and enhance defense on the east coast as the follow-up measures,” local press quoted Lee as having said. “But the U.S. said that… they disclosed the flight route to the North Koreans, as they didn’t seem to know about the flight.”

Speaking at a news conference in New York, North Korean foreign minister Ri Yong Ho on Monday said that the DPRK reserved the right to shoot down U.S. bombers, even if they flew outside of the country’s territory.

“The UN charter stipulates individual member states rights to self-defense… since the United States declared war on our country we will have every right to make countermeasures,” Ri said.

A White House spokesperson on Monday denied the U.S. had declared war on the North, dismissing claims from the DPRK’s foreign minister as “absurd” during a regular news briefing.

Pyongyang did not release any statement in response to the deployment of the B-1B Lancer bombers, which the U.S. military claimed was the “farthest north” flown by its air force on the peninsula this century.

“The U.S. military side [told us] that North Korea may be surprised,” Lee said, adding that Pyongyang has reportedly been taking steps to avoid “any accidental provocations” at the demilitarized zone (DMZ).

One South Korean expert said that Pyongyang could have detected the B-1B Lancer, but would not have had a clear image of the plane.

“North Korea’s anti-aircraft missile has a range of more than 250 km. But this flight [of U.S. bombers] is outside the range, ” Kim Min-seok, a senior researcher at the Korea Defense and Security Forum (KODEF), told NK News. “Therefore, it seems that it was impossible to [for North Korea] to respond with a missile.”

There also existed the risk that obsolete North Korean interceptor aircraft could have crashed during a night flight, he added.

Meanwhile, South Korea’s presidential office on Monday said that the flight of B-1B Lancer strategic bombers was conducted “in close cooperation between the Republic of Korea and the U.S.”

The Blue House said B-1B Lancers had crossed the Northern Limit Line (NLL), the disputed western maritime border between the two Koreas, but added that South Korea did not join them.

South Korea's National Intelligence Service (NIS) on Tuesday claimed that North Korea did not "clearly detect" the deployment of U.S. B1-B bombers over the weekend and took no action in response, the head of the National Assembly's Intelligence Committee said.