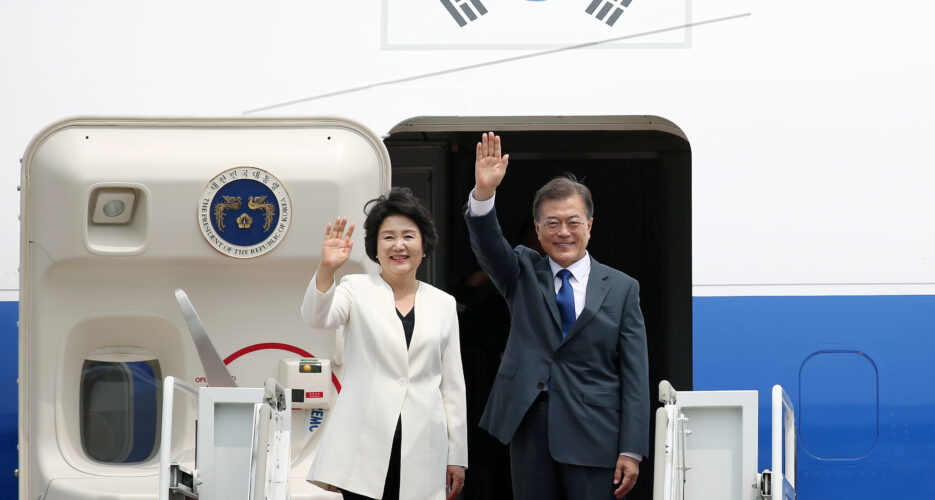 Seoul’s push for renewed inter-Korean dialogue will not be affected by North Korea’s Tuesday ICBM launch, South Korean President Moon Jae-in said in a speech in Germany on Thursday.

Seoul is still willing to engage in talks with Pyongyang, he reiterated, but only if Pyongyang expresses an interest in building a “permanent peace system” on the Korean Peninsula.

“Pyongyang’s decision, which was made two days ago, to provoke us with a missile test was a deeply disappointing and a very wrong one,” Moon said during the speech at an event hosted by Germany’s Körber Foundation.

“But I would like to emphasize that this is the last chance for Pyongyang to make the right choice, and maybe the best time for it to make such a move.”

Emphasizing the fact that the U.S. President Donald Trump has shown his support for Seoul to take a major lead in building peace on the Korean Peninsula, Moon said the decision now lies with Pyongyang.

“Either chose to come to the table of dialogue, or to waste this valuable chance for it: all is in North Korea’s hands,” said Moon, adding that Seoul has no other option but to opt for harsh sanctions and pressure unless the North stops its nuclear provocations.

As a first step to making a “breakthrough” on the Korean peninsula, Moon suggested hosting a meeting in October between families separated by the Korean War.

“October 4 this year is the tenth anniversary of the October 4th North-South Declaration, and also is Chuseok (Korean Thanksgiving), one of the biggest Korean holidays,” he said.

“If Seoul and Pyongyang host the reunion of the families on the symbolic day that is both the anniversary of the past joint declaration and the Korean holiday, it will be the meaningful start… for both the South and the North.”

President Moon also said that he is still interested in meeting Kim Jong Un under certain circumstances, echoing remarks made before his election.

“If the conditions are right, and if it can work as the turning point to lessen the Korean Peninsula’s tension and confrontations, at anywhere and anytime, I am open to having a meeting with North Korea’s Chairman Kim Jong Un,” he said.

Seoul’s push for renewed inter-Korean dialogue will not be affected by North Korea's Tuesday ICBM launch, South Korean President Moon Jae-in said in a speech in Germany on Thursday.Seoul is still willing to engage in talks with Pyongyang, he reiterated, but only if Pyongyang expresses an interest in building a "permanent peace system" on the Korean Peninsula.“Pyongyang’s decision,