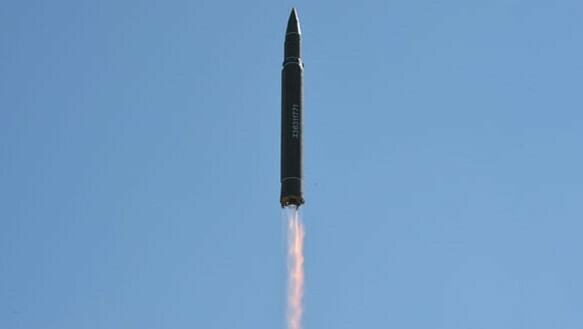 The rocket, which North Korea has named “Hwasong-14”, flew 933 km at a maximum altitude of 2802 km for 39 minutes, the announcer said, and was launched at a lofted trajectory at 09:00 local time from the DPRK’s northwest.

It then fell into a targeted point in the Sea of Japan (also known as the East Sea).

“The test-fire was conducted at the highest angle and did not have any negative impact on the safety of neighboring countries,” Ri said.

“As the dignified nuclear power who possesses the strongest intercontinental ballistic rocket which is capable of hitting any part of the world along with the nuclear weapons, the Democratic People’s Republic of Korea (DPRK) will fundamentally terminate the U.S. nuclear war threats and blackmail and credibly protect the peace and stability of the Korean Peninsula and the region,” she added. 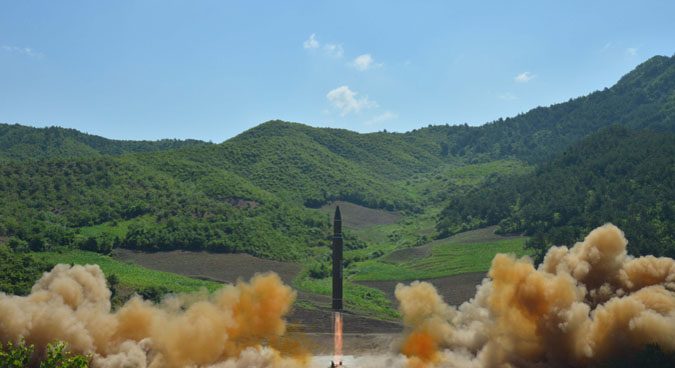 “Kim Jong Un, Supreme Leader of our party, state and the army, personally observed the process of the test-launch in field and solemnly declared before the world its shining success,” an accompanying article in the Korean Central News Agency (KCNA) said.

The announcement comes just days after a major summit between South Korea and the United States, and amid a visit by Chinese President Xi Jinping to Russia.

South Korea’s President Moon Jae-in said that North Korea was reaching a point of no return and that its actions would lead to serious consequences if it did not stop provocations.

“If North Korea crossed the red line without responding to the peaceful approach to the denuclearization on the Korean peninsula which agreed by the U.S. and South Korean leader, we are not sure of the consequences,” Moon said in a statement, while also calling on China to do more to put pressure on Pyongyang.

South Korea’s Joint Chiefs of Staff (JCS) said the launch represented a “direct challenge” to international peace, while pointedly not referring to the missile as an ICBM.

“…the U.S. and the South Korean intelligence authorities are conducting the detailed analysis on whether [the launched missile] has the capability of so-called intercontinental ballistic missile as the North claimed,” the statement said.

“Our military strongly condemns Kim Jong Un regime’s vain delusions and reckless provocations, and warn [the North] to immediately cease the act of creating tension and anxiety on the Korean Peninsula and the international community,” it continued. “If North Korea ignores our warnings and continues the provocations obstinately, we clearly warn that Kim Jong Un regime will be on the verge of destruction (or ruin).” 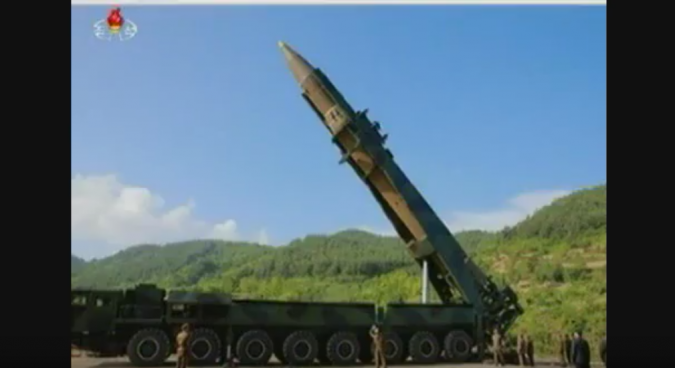 China also condemned the launch, with foreign ministry spokesperson Geng Shuang telling press that the move was a clear violation of United Nations Security Council (UNSC) resolutions and calling on all parties involved to maintain “calm and restraint.”

“China opposes North Korea’s continuation of (ballistic missile) activities in violation of these rules,” Geng said. “We hope that each concerned country maintain their calm and restraint to ease tensions on the Korean Peninsula as soon as possible and bring the issue to the right track of dialogue and peace.”

North Korean leader Kim Jong Un said in his New Year’s speech this year that the country had entered into the final stage of development of an intercontinental ballistic missile (ICBM), an announcement that prompted U.S. President Donald Trump to tweet that such a test “won’t happen.”

JCS confirmed on Tuesday morning that North Korea had launched one ballistic missile towards the East coast near Panghyon area in North Pyongan Province at 0940 KST, reporting that the missile flew around 930 km, with Japan’s defense ministry later saying that the missile had “greatly exceeded” an altitude of 2,500km. 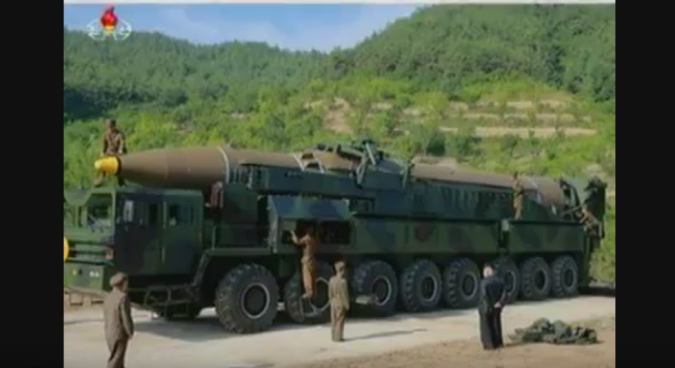 At the meeting of the National Security Council (NSC) standing committee, South Korean President Moon Jae-in condemned the launch, adding that Seoul was conducting a detailed analysis and was considering the possibility that Pyongyang launched had launched an ICBM-class missile.

Moon also urged “measures at the level of the United Nations Security Council (UNSC) and firm response from the international community” in response to the test.

“From the very beginning few knowledgeable people had any doubt that this launch would happen,” said Dr. Andrei Lankov, director of Korea Risk Group, which owns and manages NK News and NK Pro.

“In early January, President Trump said on his Twitter that a North Korean ICBM test ‘won’t happen’. It has happened now, and I merely hope that President Trump will not see it as a personal insult and will accept it as inevitable. However, it’s not impossible that he will start a military, kinetic action to make an already unpleasant situation far worse.”

All photos credit to KCNA

The rocket, which North Korea has named "Hwasong-14", flew 933 km at a maximum altitude of 2802 km for 39 minutes, the announcer said, and was launched at a lofted trajectory at 09:00 local time from the DPRK's northwest.