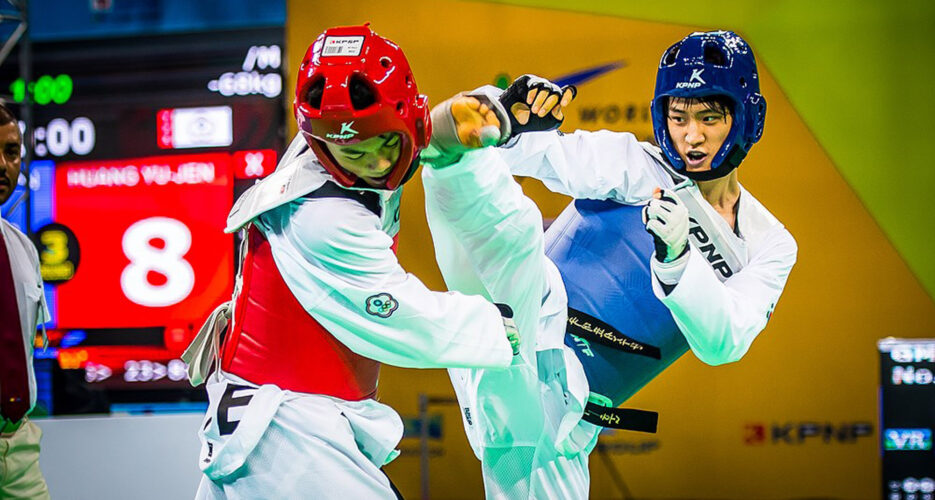 The announcement came on the day of the closing ceremony for the 2017 Muju WTF World Taekwondo Championships, for which 36 North Korean delegates traveled to South Korea.

“We have made a verbal agreement to visit Pyongyang on this September 16th and leave on the 20th,” Choue Chung-won, the President of World Taekwondo, said during an official press briefing.

“Just as the 36 delegations of the International Taekwondo Federation (ITF) are visiting Muju, South Korea, the World Taekwondo will also send the delegates (to Pyongyang) on a similar scale.”

A joint Taekwondo performance by delegates from both World Taekwondo and the ITF during the upcoming PyeongChang 2018 Olympics was also discussed, Choue said.

“It will be documented during our visit to North Korea in September,” Choue continued. “Our catch phrase is ‘one Taekwondo one World.’ We believe that Taekwondo can contribute to appease the tensions in the Korean Peninsula and to catalyze (inter-Korean) dialogue.”

As World Taekwondo is an international federation, they do not require the South Korean government’s approval to coordinate a visit to the North, an official from International Sports Division, Ministry of Culture, Sports and Tourism told NK News.

“However, as the members who are to visit the North are South Koreans, the Ministry of Unification (MoU) will have to give them the permit,” the official said.

The MoU said it will review South Korean officials’ request to visit North Korea once a detailed plan is submitted to the ministry, the spokesperson’s office said during a phone call with NK News.

Should a Taekwondo match be held in Pyongyang this September, it will be the third inter-Korean sports exchange of the year, following the 2017 IIHF Ice Hockey Women’s World Championship in Gangneung, and the ongoing ITF officials’ visit to South Korea for the championships in Muju.

But North Korea has so far turned down every South Korean NGO that has requested a visit this year, and should the visit be given the go-ahead by Pyongyang, it will be the first since the inauguration of Moon Jae-in in May.

During the opening ceremony of the Muju championships, President Moon said that he hoped to see a single inter-Korean team participate in the PyeongChang 2018 Olympics.

“I look forward to being moved again as we were in the Sydney 2000 Olympics, when the single inter-Korean team’s entry (to the stadium) received thunderous applause from the international audience,” President Moon said.

36 South Korean officials from World Taekwondo, formerly known as the World Taekwondo Federation (WTF), intend to visit North Korea this September, the organization's President announced on Friday.The announcement came on the day of the closing ceremony for the 2017 Muju WTF World Taekwondo Championships, for which 36 North Korean delegates traveled to South Korea.“We have made a