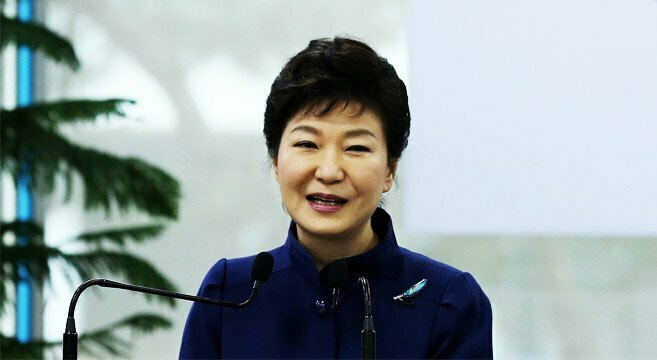 North Korea on Wednesday announced that it has sentenced former South Korean President Park Geun-hye and former director of the National Intelligence Service (NIS) Lee Byung-ho to be executed for allegedly ordering the assassination of Kim Jong Un.

In a statement carried by the Korean Central News Agency (KCNA), the joint statement by the Ministry of People’s Security and the Central Public Prosecutors Office called on the government of South Korea to hand over the two former officials so their sentence may be carried out. A failure to do so, it said, would negatively impact inter-Korean relations.

The statement is a response to what North Korea claims was a failed U.S.-ROK assassination plot against current leader Kim Jong Un in April.

“We declare at home and abroad that we will impose death penalty on traitor Park Geun Hye and ex-Director of the puppet Intelligence Service Ri Pyong Ho (Lee Byung-ho) and their groups, criminals of hideous state-sponsored terrorism who hatched and pressed for the heinous plot to hurt the supreme leadership of the DPRK,” the statement read.

South Korea will “have to hand over” Park and Lee “under international convention” for committing what it called state-sponsored terrorism, the statement said, threatening a military response on both the U.S. and South Korea should they repeat their attempt on Kim Jong Un’s life.

“We declare that in case the U.S. and the south Korean puppet forces again attempt at hideous state-sponsored terrorism targeting the supreme leadership of the DPRK, we will impose summary punishment without advance notice on those who organized, took part in or pursued the plot, under wartime law,” it said.

North Korean authorities said in May that they had uncovered evidence that the CIA and the NIS had bribed a former North Korean laborer in Russia to assassinate Kim by using a bioweapon or a “poisonous substance.”

State media claims the plot was meant to be carried out on April 15, the birthday of North Korea’s founding President Kim Il Sung and the date of a major annual military parade in Pyongyang.

While several North Korean outlets carried allegation related to the plot in May, in June Uriminzokkiri published a video including further details as well as revealing the alleged assassin – named in footage as Kim Song Il.

Despite previous reports on the alleged assassination plot blaming South Korean and U.S. intelligence services, it appears that Wednesday’s statement is the first to blame former South Korean President Park Geun-hye, who is now awaiting trial on corruption charges, for being involved in the plot.

The statement may have been sparked by a report in Japanese newspaper the Asahi Shimbun, which on Monday, citing unnamed sources, reported that Park had signed off on a plot to overthrow Kim and even execute him while she was in office.

“After a meeting of officials from the two Koreas ended on a negative note in December 2015, Park signed a document that gave the green light for a “leadership change” in North Korea,” the report claimed. “The National Intelligence Service (NIS) was put in charge of the policy.”

“The plotters apparently considered staging an ‘accident’ on the road or over water to eliminate Kim, but tight security prevented any mission from being carried out, the source said,” it continued, adding that caution would have to be taken to distance the South Korean government from the plan to avoid provoking military action from the North.

These precise details were included in Wednesday’s KCNA statement.

“It was disclosed that Park had pushed forward the ‘operation to replace the supreme leadership of the north’ in secrecy since the end of 2015 and even the ‘assassination’ plot was included in the secret operational plan that was spearheaded by IS (Intelligence Service),” the statement read.

“The villains even thought about disguising the operation as car or train accident, while calling for paying special attention so that their involvement would not be revealed, as they worried that the successful operation may spill over into armed conflict,” it added.

North Korea’s allegations that a biochemical weapons attack was plotted against its leader have drawn parallels with the February murder of Kim Jong Un’s estranged half-brother Kim Jong Nam in Kuala Lumpur, Malaysia – a crime that has been widely blamed on the DPRK.

Malaysian authorities later revealed that Kim had been killed by exposure to VX, a deadly sarin gas and weapon of mass destruction.

North Korea on Wednesday announced that it has sentenced former South Korean President Park Geun-hye and former director of the National Intelligence Service (NIS) Lee Byung-ho to be executed for allegedly ordering the assassination of Kim Jong Un.In a statement carried by the Korean Central News Agency (KCNA), the joint statement by the Ministry of People's Security and the Central Public