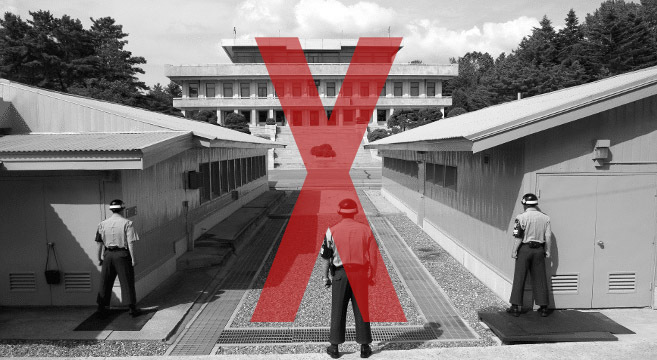 Kang said that the North had taken issue with the adoption on Friday by the UN Security Council of Resolution 2356, and the South Korean government’s response to the DPRK’s continued missile test-launches.

“We have delayed our visit to North Korea as the North declined and we can’t wait forever,” Kang said.

UNSC sanctions on Friday targeted four entities and 14 individuals, among them the DPRK’s Strategic Rocket Force and the head of the country’s overseas spying operations.

The new restrictions came a day after the U.S. Treasury unveiled a slew of new sanction designations on North Korean – and Russian – individuals and entities.

Kang Young-sik said the KSM had planned to send malaria-prevention equipment and visit the North this week.

The NGO was yet to formally request a visit to the North – required by South Korean law – but under an enforcement decree of the Inter-Korean Exchange and Cooperation Act, South Koreans can visit the North if they “file an application for approval of visit with the Minister of Unification seven days before the visit.”

KSM representatives were granted permission two weeks ago from the South Korean government to make contact with their North Korean counterparts to discuss a project aimed at preventing malaria outbreak in the inter-Korean border region.

The request was accepted because of the “urgency of controlling infectious disease and the health of South and North Korean residents in the border areas”, according to the MOU.

The decision was the first time South Koreans were given permission to contact North Koreans in 16 months.

The move by Pyongyang represents a significant blow to the new government in Seoul’s hopes for a more open relationship with the North.

“It’s probably a sign that North Korea is not interested in exchange with South Korea,” said Andrei Lankov, a director at the Korea Risk Group, which owns and manages NK News.

“We assume North Korea always wants exchange with South Korea, but that’s not correct, especially now the internal situation is getting better.”

“From the North Korean point of view, it is not necessarily good if there are many South Korean hanging around: all exchanges are destabilizing.”

Following the MOU’s approval, the KSM told NK News that the organization planned to send a fax to Pyongyang to resume the long-stalled joint project, and that they would ask for North Korean views on a shipment of malaria-prevention equipment and discuss a possible visit by experts to the DPRK.

Since then, multiple groups have requested – and been granted – permission to make contact with the North.

The June 15 Committee, which is planning to hold a joint ceremony with the North to celebrate the 17th anniversary of the June 15th North–South Joint Declaration, was granted permission to make contact with DPRK counterparts last Thursday.

As of 9am on Monday, 13 other groups had been given permission to make contact or were awaiting confirmation. The MOU is yet to release an official statement regarding North Korea’s rejection of the KSM.

North Korean authorities are refusing to allow a South Korean group from visiting the North, Kang Young-sik, general secretary of the malaria-prevention NGO the Korean Sharing Movement (KSM), confirmed to NK News on Monday.Kang said that the North had taken issue with the adoption on Friday by the UN Security Council of Resolution 2356, and the South Korean government's response to the