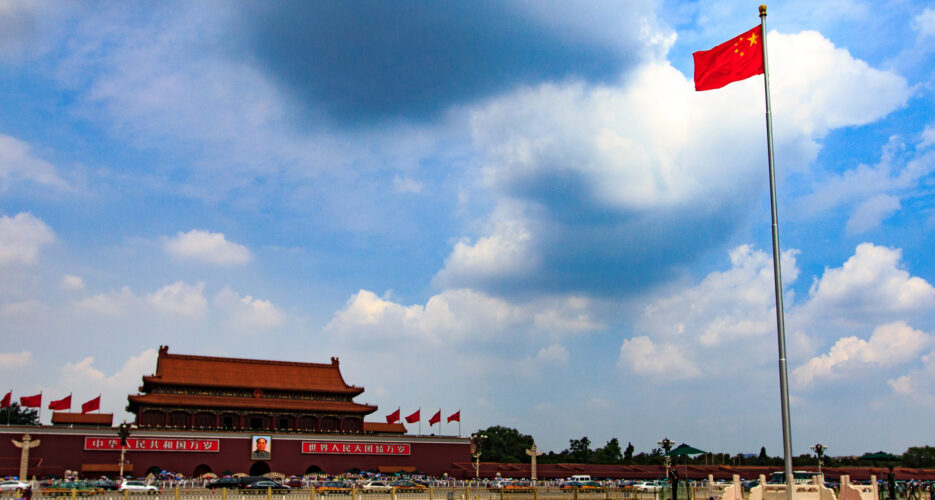 Update at 1845 KST: A spokesperson for China’s foreign ministry responded to the criticism at a press briefing on Wednesday afternoon.

“China’s stance on the denuclearization of the Korean Peninsula has been consistent and clear. And China’s stance on developing China – DPRK’s good friendship also has been consistent and clear,” Chinese Foreign Ministry Spokesperson Geng Shuang said. “China has always upheld an objective and impartial position and judged and dealt with the relevant issues according to the right and the wrong over the years.”

An editorial in North Korean state media on Wednesday accused China of “trampling over wildly and crossing the red line” on bilateral ties “without hesitation.”

The article, published in KCNA, accused Beijing of raising tensions by making “nonsense” remarks through media such as the People’s Daily and the Global Times in a piece entitled “[China] should stop reckless speech and behavior that would chop the pillar of the DPRK-China relationship.”

“We can’t help but become outraged at China totally destroying the DPRK-China relationship… by showing their hostility toward our nuclear issues – which is nothing to do with them – making completely unfair excuses…,” KCNA said in a Korean dispatch.

Pyongyang said bilateral ties had been “pioneered by blood” and have strengthened and developed “over years and centuries.”

“They are advised to clearly understand the essence of history before opening their mouth.”

KCNA said China had claimed that North posed a threat to “the security in the northeastern region of China” by conducting nuclear tests less than 100 km away from the border, dismissing the claim as “rubbish.”

The KCNA article also expressed discontent over China’s cooperation with the international community.

Pyongyang said China’s moves to “accuse the North of being a criminal” with the “hostile forces against the DPRK” as well as engaging with the “cruel sanctions” were “unacceptable acts which deny the origin of the China-DPRK relationships.”

The Global Times (Huan Qiu), which is linked to the ruling Communist Party of China but is not a mouthpiece for the government, said in mid-April that China is considering “unprecedented” sanctions on North Korea – including restricting oil exports – should it conduct another nuclear test.

Later in the month, Global Times described the North Korean nuclear issue as a “puzzle filled with bombs” and said that Pyongyang “must not strike a match and detonate it.”

“We don’t cross the “red line” on the DPRK – China relations, but China is trampling over it wildly and crossing it without hesitation,” KCNA said in the Korean version. “The red line between two countries means [both] don’t infringe the other side’s dignity, interests or sovereignty.”

“It is only the DPRK whose strategic interests have repeatedly been violated due to insincerity and betrayal on the part of its partner,” KCNA said in an English version.

Cheong Seong-chang, a senior fellow at the Sejong Institute, argued the discontent was likely caused by China’s increased cooperation with the Trump administration on the North Korean issue.

“It hard to find precedent cases of North Korea explicitly criticizing China except for the cases during the period of the Sino-Soviet split and the Cultural Revolution, when China–North Korea relations deteriorated,” Cheong told NK News.

“It was a longstanding practice that both didn’t publicly express discontent despite having complaints with each other. But the current situation shows the bilateral ties are becoming seriously strained.”

Update at 1845 KST: A spokesperson for China's foreign ministry responded to the criticism at a press briefing on Wednesday afternoon.“China’s stance on the denuclearization of the Korean Peninsula has been consistent and clear. And China’s stance on developing China – DPRK’s good friendship also has been consistent and clear,” Chinese Foreign Ministry Spokesperson Geng Shuang