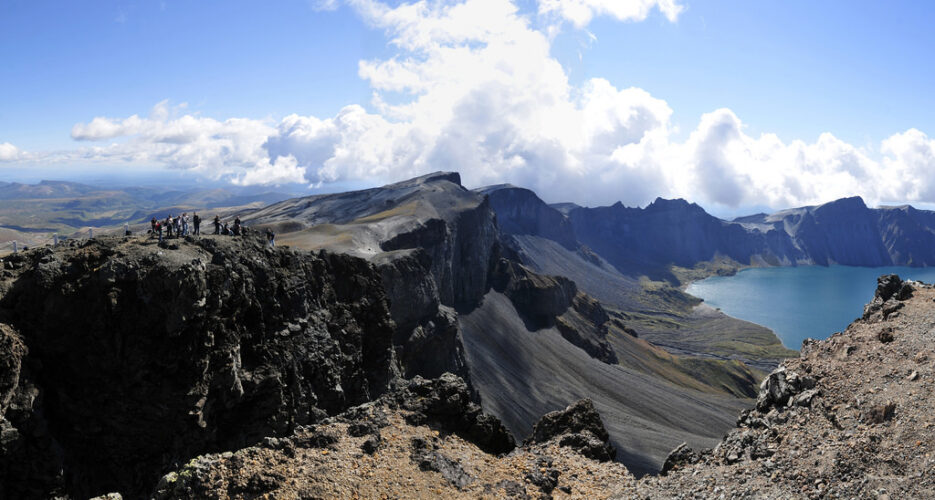 A new monument to Kim Jong Un, as well as his father and grandfather, will be constructed at the historically significant Mount Paektu, the Korean Central News Agency (KCNA) reported on Wednesday.

While dedicated to all three of North Korea’s leaders, this represents the first announcement of a major public monument that is – in part – dedicated to the youngest Kim, who assumed power in late 2011.

“President Kim Il Sung, HE Kim Jong Il and HE Kim Jong Un are enjoying the boundless admiration of the world’s progressive peoples as the great persons of Mt. Paektu and the Sun of mankind along with Mt. Paektu, the symbol and spirit of Korea,” it added.

North Korea has constructed a large amount of statues and monuments for its leadership across the country and in significant locations, the vast majority of which are for Kim Il Sung.

While Kim Jong Un has been eulogized in state media and had plaques made in his honor to commemorate field guidance visits, his inclusion among his father and grandfather in the form of a physical monument appears to be a first.

“This is, indeed, the first announcement of this kind, and it might indicate that the personality cult of Kim Jong Un is beginning to take shape, even though, frequently, it appears that the young leader pays less attention to such matters than his father and grandfather once did,” Dr. Andrei Lankov of Kookmin University told NK News.

The development of a cult of personality has been a key tenant of North Korea’s leaders in their strategies to maintain power and secure their position in the nation’s history and mythology.

“This seems to be perfectly normal stage of development, since it generally follows the pattern established by personality cults of Kim Il Sung and Kim Jong Il, especially of the latter,” Fyodor Tertitskiy, a PhD candidate at Seoul National University, told NK News.

According to Tertitskiy, the corresponding Korean language report on KCNA indicates that the monument will likely not be a statue as they exist for his father and grandfather, but rather an inscribed totem-like structure commemorating the three leaders.

“The original Korean text says 칭송비, so it’s more likely a stela with an inscription,” he said.

While many of the previous statues and monuments to North Korea’s leaders are constructed and arranged by the state, KCNA’s insistence that the decision behind constructing the new Mt. Paektu monument by a vaguely described “International Committee” has precedence, according to Lankov.

“This is reminiscent of early stages of Kim Il Song’s cult, when in the late 1950s most extravagant praises to his greatness were initially attributed to alleged foreign admirers,” Lankov told NK News.

“In the case of Kim Jong Il, the quotes from the Soren/Ch’ongryon propaganda materials were also used widely in the 1970s. So, it is sort of established pattern.”

This analysis was echoed by Tertitskiy.

“When a foreigner or a group of foreigners gives a statement about their desire to further glorify Kim’s greatness then (sic) some new traits are added. That’s what I think is going on now,” he said.

The International Preparatory Committee for “Gathering 2017-Praise to the Great Persons of Mt. Paektu”, was identified in the KCNA article as having held an inaugural ceremony in October 2016 and will hold an “international grand gathering” in praise of the three leaders at Mt Paektu and in Pyongyang in August this year.

It will be called “International Festival in Praise of the Great Persons of Mt. Paektu.”

Mt. Paektu is seen as sacred to the Korean people and their mythical point of origin. It is used by the North Korean leadership to enhance their legitimacy and bolster what they call the “Baekdu Blood Line” of which their leaders are a part.

North Korean propaganda cites Mt. Paekdu as the site of Kim Jong Il’s birth, in an effort to legitimize the leader along the blood line. These reports conflict with Soviet records, which identify Kim’s birthplace being a Soviet military camp, where Kim Il Sung was stationed during part of World War II.

A new monument to Kim Jong Un, as well as his father and grandfather, will be constructed at the historically significant Mount Paektu, the Korean Central News Agency (KCNA) reported on Wednesday.

While dedicated to all three of North Korea’s leaders, this represents the first announcement of a major public monument that is - in part - dedicated to the youngest Kim, who assumed power in late 2011.