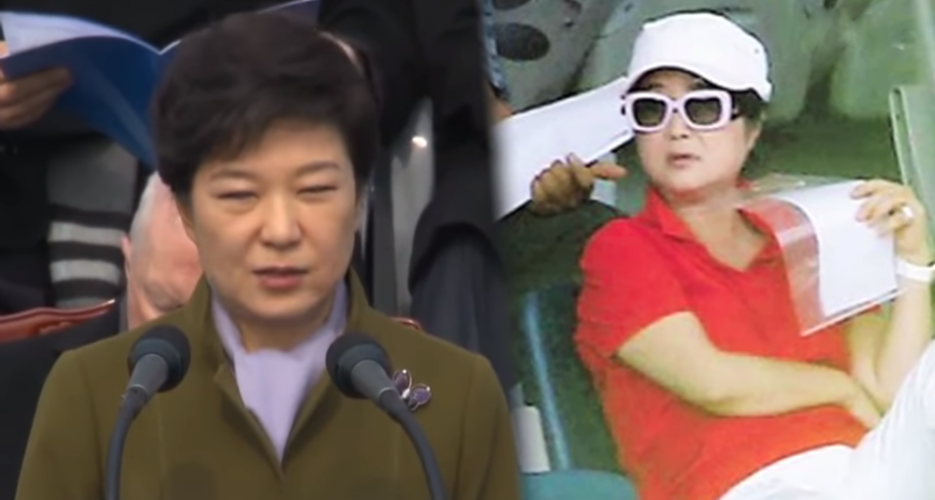 South Korean President Park Geun-hye publically apologized for the involvement of Choi Sun-sil, an unauthorized individual and an old friend, in the writing and drafting of several key speeches of her presidency, in a statement on Tuesday.

The apology comes amid an ongoing scandal around the revelations that Choi, who had not received security clearances, had played a role in government policy-making. South Korean media reported on Monday that multiple speeches by President Park, including the Dresden Speech from 2014, were reviewed and edited by Choi Sun-sil.

In a scandal referred to as Choi Sun-sil Gate by local media, it has been alleged that Choi used her connection with Park to become deeply involved in the South Korean policy-making process.

News network JTBC claimed on Monday evening that it had acquired Choi’s old computer from one of her offices, which included 44 documents that were named after speeches or official statements by the President.

One of four files publicly released by the company was “An Initiative for Peaceful Unification on the Korean Peninsula” a speech by the President in Dresden, Germany in March 2014 and a major addition to her government’s unification policy.

JTBC’s report revealed that some parts of the document were written in red font, possibly indicating that Choi had reviewed and edited the sections and left them in red for final approval from the Blue House.

A line by line comparison of Choi’s version and the spoken final version reported by Yonhap in 2014 showed that the most of the changes made in Choi’s version were included in the final one without going through significant edits.

For example, a section where President Park cites Dresden as a role model the Korean Peninsula should follow, written by Choi, was almost not changed at all, except for some minor grammatical changes.

Other parts of the final version have gone through some structural changes, but this was done to make the sentences clearer by dropping or rearranging some words, not to change their meaning.

NK News made contact with the two long-time North Korea watchers based in Seoul, but both refused to comment due to the sensitivity of the issue.

One expert, under the condition of anonymity, said mentioning Korean Unification at Dresden was an “unacceptable idea” for the Pyongyang government.

“I don’t know which part of that speech might have included Choi’s opinion, but using German Unification as an example to follow for Korea was already an amateurish approach,” he said.

NK News could not independently identify the authenticity of the document published by JTBC.

But the President on Tuesday afternoon released a public statement saying that Choi has counseled her in writing some speeches, apologizing for the shock that the scandal has brought to South Koreans.

Ryoo Kihl-jae – who was Minister of Unification at the time of the Dresden remarks – has not yet responded to NK News inquiries on whether he had knowledge of Choi’s involvement.

South Korean President Park Geun-hye publically apologized for the involvement of Choi Sun-sil, an unauthorized individual and an old friend, in the writing and drafting of several key speeches of her presidency, in a statement on Tuesday.The apology comes amid an ongoing scandal around the revelations that Choi, who had not received security clearances, had played a role in government