Outlet claims failure of domestic policies have led to success of "Train to Busan" and others
JH Ahn September 5, 2016 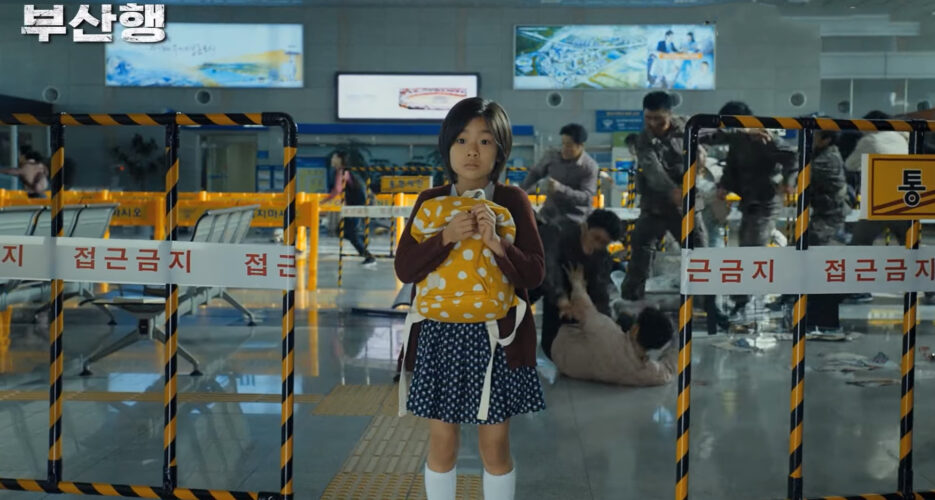 President Park Geun-hye’s failure in domestic politics and the breakdown of society has led to the recent success of disaster-themed blockbusters in South Korea, a North Korean mouthpiece said on Saturday.

Comparing the South to the dystopian societies portrayed in two recent movies “Train to Busan” and “The Tunnel”, Arirang-Meari, an online propaganda outlet, claimed that life in South Korea is “a hell on earth” and “complete pandemonium”.

“South Korean audiences are all saying that the film (The Tunnel) illustrates today’s South Korea, just like in the movie, where no one can find the escape from the dark and collapsed tunnel,” the article said.

“Zombies in the film ‘Train to Busan’ are portrayed as the fast and strong beings who are only interested in harming others for its selfish goals. (After watching this) South Korean audiences must have looked back at their society where everyone is only pursuing the self-interest.”

“Train to Busan”, one of the first major South Korean zombie apocalypse blockbusters, has been seen by over 11 million domestically, according to statistics from the Korean Film Council. “The Tunnel” has reached over 8.5 million viewers.

From Pyongyang’s point of view, the success of the two films lies in their “sharp criticism on the South Korean government’s incompetence” and their accurate portrayal of life in the country.

“…they explicitly show the truth about the South Korean society where extreme egoism and the law of the jungle is present,” the article added. “…it has successfully interpreted the South Koreans’ rage over the bleak outlook on their society.”

The article pointed to recent incidents, from the Sewol ferry disaster last year to the recent MERS outbreak, as proof of the South Korean public’s declining faith in their President.

“While watching the movies, the South Korean audiences realized [these incidents] all broke out during Park Geun-hye’s term…ultimately, Park’s misrule was the primary reason why these two disaster films were…successful,” it continued.

“Park has turned the South Korean society into the living hell where no one can live; with every moment in South Koreans life are now a nightmare and a complete pandemonium.”

The cultural significance of the success of the two films has been widely discussed in South Korea: more than 200 Korean language articles and an English language article from National Public Radio (NPR) have already discussed the complex social and political messages present in “Train to Busan”.

Foreign journalists who have watched the first movie strongly disagreed with Pyongyang’s analysis and its literalist interpretation of the films’ message.

“Outside of Marxism fanboy circles, practically everyone acknowledges that South Korea is, by far, a more successful and pleasant place to be,” John Power, an Irish journalist who has written about the Koreas since 2010 told NK News.

“While many people have indeed read a social message into the film (Train to Busan), that touches on class and self-interest, it’s no less ridiculous for Pyongyang to imply that it has created a serene and harmonious society where everyone looks after each other.”

Seoul-based science journalist Mark Zastrow said the presence of sharp cultural and political criticism is nothing new in the zombie apocalypse genre.

“Going back to George Romero’s ‘Living Dead’ series in the 1960s and 70s, zombies have always embodied the real-world anxieties that make people feel they’re under siege within their society—whether it’s greed, terrorism, epidemics, or government incompetence,” he told NK News.

Featured Image: From the official trailer for “Train to Busan.”

President Park Geun-hye’s failure in domestic politics and the breakdown of society has led to the recent success of disaster-themed blockbusters in South Korea, a North Korean mouthpiece said on Saturday.

Comparing the South to the dystopian societies portrayed in two recent movies “Train to Busan" and “The Tunnel”, Arirang-Meari, an online propaganda outlet, claimed that life in South Korea is "a hell on earth" and "complete pandemonium".