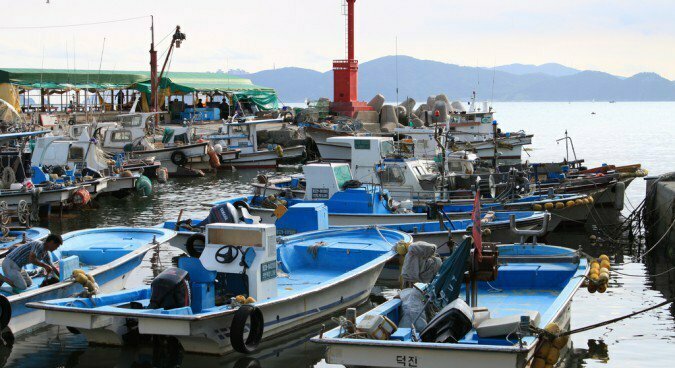 Lee Wan-young of the ruling Saenuri Party, informed reporters of the claim after attending a scheduled briefing by South Korea’s National Intelligence Service (NIS) to the National Assembly’s Intelligence Committee.

According to the report, the deal granted rights for 1,500 Chinese fishing boats to operate in North Korean waters, which is three times more vessels than last year.

However, neither Lee nor local media indicated a specific length of time for which the rights have allegedly been sold to China.

If the agency’s information is correct, the figure presented is a relatively small amount compared to the total reported fishing exports from North Korea to China and would represent almost the equivalent of only four months of such exports in 2015.

This represents a combined total of  almost$29.7 million,  just $300,000 short of the figures presented to the Intelligence Committee by the NIS.

In addition, the $30 million figure is only around 27 percent of what North Korea earned from its fishery exports to China throughout 2015, which amounted to a total of over $108 million.

The potential purchase of North Korean fishing rights by China was first raised by South Korean’s Defense Ministry on June 13, when a spokesperson told local press that such a deal may exist but that nothing had been confirmed at the time.

Tensions around Yeonpyeong Island, located along the Northern Limit Line (NLL) in the Yellow Sea, flare up annually around April when flourishing blue crab populations attract increased numbers of vessels operating close to the disputed maritime border between North and South Korea.

This year, about 70 to 80 Chinese boats were spotted in the region in mid-March, South Korea’s Hankook Ilbo reported, however the number quickly rose to 316 vessels, according to Incheon Coast Guard’s report on June 9, which may be a possible indicator of a the reported bilateral agreement.

Lee Wan-young of the ruling Saenuri Party, informed reporters of the claim after attending a scheduled briefing by South Korea's National Intelligence Service (NIS) to the National Assembly's Intelligence Committee.