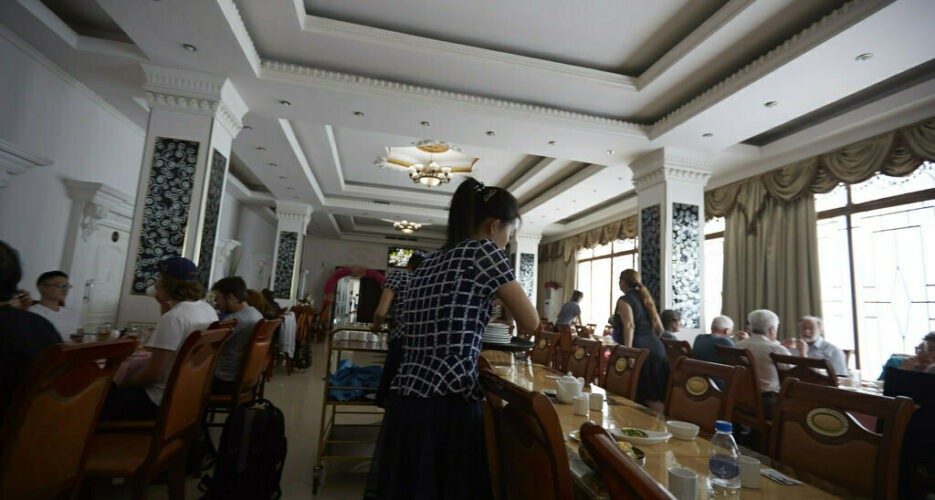 North Korean online media has revealed the identities of three of the April restaurant defectors, including their pictures and ID numbers, as well as two South Korean citizens and one other North Korean involved in their defections.

Two of the males’ whose information was revealed had passport numbers composed of eight-digit numbers starting with M, indicating they are South Korean citizens. Another male, surnamed Hwang, appears to be a North Korean based on his ID number.

A defector-activist who facilitated this defection said that the three female defectors are currently in Seoul and implied they were in fact the identities of those involved in the defections.

Seoul’s Ministry of Unification (MoU) confirmed their arrival on June 2, but declined to reveal further details.

North Korean state media outlets also labeled the defection of 12 restaurant workers in April an “abduction” and published their parents’ interviews, urging the return of their daughters, in the state newspaper.

“We view that North Korea’s various responses about the group defection as propaganda,” MoU spokesperson Jeong Joon-hee told journalists on Wednesday during the regular press briefing. “North Korea cannot help arguing ‘abduction’ in order to emphasize that there’s no domestic problem in its system.”

The South Korean government has boasted of the influence of sanctions in prompting the defections, as well as the recently reported unrest among overseas North Korean workers. Radio Free Asia on Tuesday reported that North Korea repatriated construction workers in Kuwait on May 17 via flight, after the strike in last December.

“We judge that North Korean authorities’ strident response to the international society’s sanctions has impact on overseas workers,” Jeong said on the same day.

Meanwhile, Lawyers for Democratic Society, Minbyun has requested to meet with the 12 female restaurant workers who are currently staying in the investigation center managed by the NIS.

Lawyer Jang Kyeong-wook at Minbyun received power of attorney from the families in the North via an email through a Korean-American journalist.

“The court ordered that additional documents be submitted to prove the family relationship, but the MoU rejected our application to contact the families in the North,” Jang told NK News. “We are approaching this issue from the perspective of (human rights) problems at the investigation center.”

Jang, however, stated that Minbyun had taken no actions regarding the three recent defectors, saying their case appeared to be an ordinary defection.