The Seventh Congress and the prospects for North Korea’s economy
Much rhetoric on economic change at landmark event, but little detail signifying change
Yoojin Rhee May 13, 2016 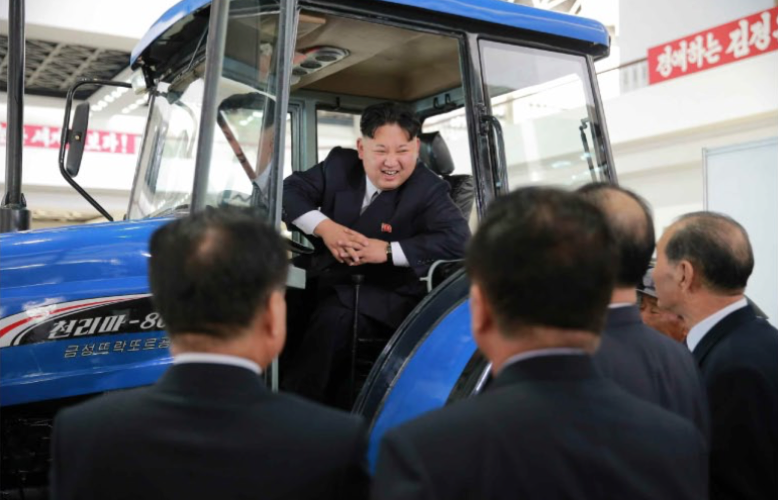 The Seventh Congress of the Workers Party of Korea, the first in 36 years, had a heavy agenda as it officially appointed Kim Jong Un chairman of the WPK – just as his father was appointed at the Sixth Congress in 1980 – and expanded of the Political Bureau of Central Committee of the Party. It appears that the goal of the Congress was to institutionalize “Kim Jong Un-style of governing” and showcase it to the international community.

The five-year national economic development plan, closely associated with the “brilliant blueprint” of Kim’s New Year’s address, was announced as well. This is quite notable as it is a correspondence to the international community’s sanctions against North Korea after the fourth nuclear test.

There are three major focuses addressed in the plan. First is the expansion of the market mechanism. The Seventh Congress confirmed the expansion of “our own method of economic management” and the “socialist enterprise liability management policy.” “Our method of economic management” is a method in which the market mechanism is used as a subsidiary in the planned economy. The country therefore established the means of supervising and managing enterprises while the cabinet maintains responsibility for economic affairs.

There is no longer a place for egoism among the assorted organizations, enterprises and associations

This signifies their focus on economic growth through the expansion of the market mechanism rather than distribution through the planned economy. All economic sections and units are to establish rules and orders, and follow the cabinet’s command. There is no longer a place for egoism among the assorted organizations, enterprises and associations. The expansion of “socialist enterprise liability management policy” is set to guarantee the autonomy of enterprises while at the same time attracting investment from donju (North Korea’s nouveau riche) through the enterprises’ self-financing (its self-supporting accounting system). In short, this means the expansion of the market’s function.

The second focus is on the development of key industries. The Seventh Congress strongly emphasized the need for solutions that will lead to growth in energy, agriculture and light industry, key industries for the current North Korea to digest and produce a favorable outcome within a short period of time using the military-primacy economy.

In the past five years, North Korea’s strategy to improve the production facilities for agriculture and light industry was actualized, especially that of textile and food. In addition, there has been a heavy focus on building additional power stations and remodeling generating units. In the area of agriculture, there has been a rise in reform, increasing the discretionary authority for agricultural products’ disposal. Through the Seventh Congress, they are showcasing a strong determination to focus on the development of key industries.

The construction of an economic superpower is based on ‘self-reliance’

Thirdly, there is the reinforcement of internal economic management in rural areas. The construction of an economic superpower is based on “self-reliance.” Designating economic development zones in 23 lodging areas and encouraging regional foreign investment is closely associated with the North’s attempt to strengthen and plan regionally.

The central government has instructed North Korea’s rural areas to utilize regional products to become self-sufficient, which appears a defensive move after the block on North Korea’s funding according to UN Security Council’s imposed sanction against North Korea. It is forecasted that North Korea will reinforce the internal operation of regional economy.

THE LIMITS of ‘KIM’S WAY’

The prospects for North Korea’s economy, based on the Seventh Congress, aren’t very bright as the majority of economic measures and plans are rhetoric and there are no specific realization plans to follow. There are claims on expanding foreign trade and vitalizing the operation and construction of investment opportunities for special economic zones, but there are no details discussed regarding actions. In the end, it all concludes as “Kim’s way of economic management.” It is unclear how long North Korea’s open-economy policy for economic reform will continue. There is the possibility of the downsizing of the pojeondamdangje – a compromise between collectivized and individual farming introduced three and a half years ago – with staffs getting smaller this year.

However, propaganda similar to the “70-day battle” ahead of this year’s congress, using public mobilization, may be used to grow key industries such as energy, agriculture and the textile industry while simultaneously strengthening collaboration with Russia and China to put an end to current economic conditions. There is a high possibility for North Korea to sound out the potential for collaborating with Russia and China, based on the regional internal economic management principle.

The Seventh Congress of the Workers Party of Korea, the first in 36 years, had a heavy agenda as it officially appointed Kim Jong Un chairman of the WPK – just as his father was appointed at the Sixth Congress in 1980 – and expanded of the Political Bureau of Central Committee of the Party. It appears that the goal of the Congress was to institutionalize “Kim Jong Un-style of governing”

Dr. Yoojin Rhee is currently working as a research fellow for the Reunification Business Department at Korea Development Bank (KDB). She is a director for the Korean Association of North Korean Studies (KANKS), and a policy member of the Korean Council for Reconciliation and Cooperation (KCRC). She was a research professor at the Ilmin International Relations Institute (IIRI), Korea University and a visiting fellow at the Institute for Far Eastern Studies, Kyungnam University from 2010-2011. Her research focuses on international political economy, North Korea development/security studies and inter-Korean relations, with emphasis on North Korea. She can be reached at [email protected]