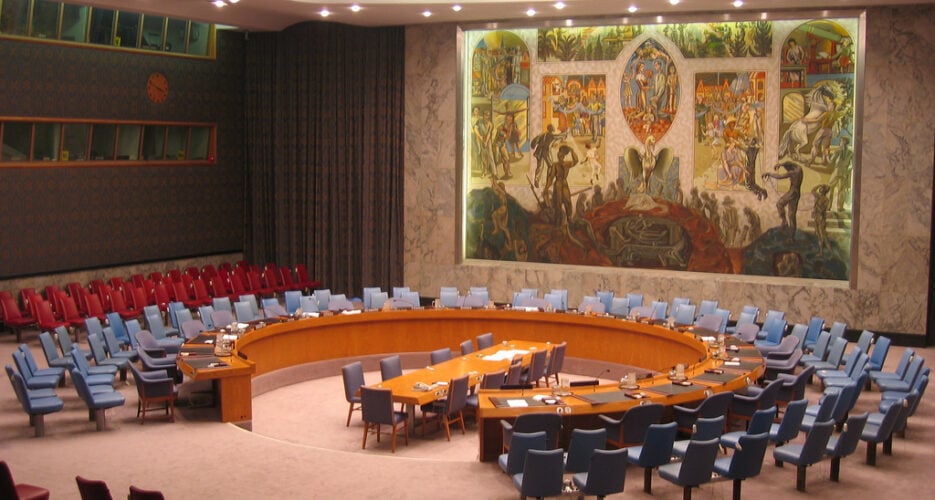 The UN Security Council is unlikely to publish a press statement on North Korea’s missile tests because of Russia’s month-long opposition, Voice of America (VOA) reported on Tuesday.

Russia denied the news, instead blaming the U.S. and Japan. Russia asked for amendments to the statements, saying they should mention “military activity in the region,” meaning the U.S.-ROK joint military drills and discussion of the THAAD missile defense system.

The spokesperson for the Russian delegation to the UN told VOA that Moscow’s amendments were blocked by the U.S. and Japan.

South Korea’s Ministry of Foreign Affairs (MoFA) also acknowledged Russia’s protest, but did not clarify the specific conflict within the Security Council.

“We learned that Russia had different ideas for reasons not related to North Korea,” the MoFA spokesperson told NK News. The ministry, however, declined to comment on the progress of the press statement.

Cho Han-bum, senior researcher at the Korea Institute for National Unification said Moscow’s current status, facing international sanctions itself over its invasion and annexation of Ukraine, was a reason for this opposition.

Currently the U.S. and Russia have come into conflict in the Security Council regarding airstrikes in Syria. Moscow slammed Washington’s “double standards” in the country, asserting that the U.S. cancelled joint action against the terrorists’ group al-Nusra.

While tensions between Moscow and Washington appear to be growing, diplomatic ties between Russia and North Korea seem to be on the up.

Though the minister said that economic cooperation cannot grow without solving the North Korean nuclear issue, he also said the Rajin-Khasan trade cooperation project won’t be affected by international sanctions.

One diplomatic expert agreed with Lankov’s analysis, but was skeptical of Russia’s longer term plans.

“The relationship is unlikely to work out in the long term as Russia simply cannot afford the money that the DPRK will ask from it, but Moscow has not yet realized this,” he told NK News on condition of anonymity due to professional reasons.

The Russian Embassy in Pyongyang revealed a recent 2,400 ton shipment of donated wheat for Pyongyang via the World Food Program sponsored with Russian money. It also provided about $4 million worth of food in early March for North Korean children.

The UN Security Council is unlikely to publish a press statement on North Korea’s missile tests because of Russia’s month-long opposition, Voice of America (VOA) reported on Tuesday.After Pyongyang’s mid-range ballistic missile tests on April 28, members of the Security Council discussed publishing the statement. It took only one day to release a statement against the DPRK’s