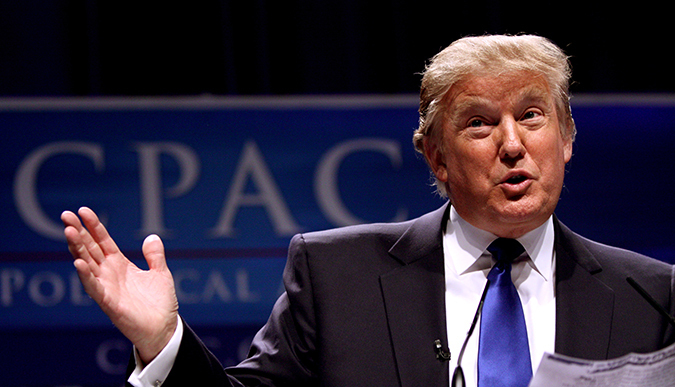 “In my personal opinion, there are many positive aspects to the Trump’s ‘inflammatory policies’,” wrote Han Yong Mook, who introduced himself as a Chinese North Korean scholar.

“Trump said ‘he will not get involved in the war between the South and the North,’ isn’t this fortunate from North Koreans’ perspective?”

Referring to the Trump’s speech in March to potentially withdraw the U.S. military forces from Seoul if it does not pay more for its defense costs, the North Korean editorial welcomed the policy with open arms.

The article even urged Seoul not to pay its defense costs so that U.S. Forces would eventually withdraw from South Korea in the future, and urged American voters not to choose “dull” Hillary Clinton.

“The president that U.S. citizens must vote for is not that dull Hillary – who claimed to adapt the Iranian model to resolve nuclear issues on the Korean Peninsula – but Trump, who spoke of holding direct conversation with North Korea.”

“But Pyongyang is hoping that either he’ll be elected (and follows through on his pledges) or that his pronouncements will change the political game in the United States and influence how the Democratic party and mainstream Republicans view Korean issues.”

“This is very striking,” Aidan Foster-Carter of the University of Leeds told NK News.

“Admittedly it is not exactly Pyongyang speaking, or at least not the DPRK government in an official capacity. But it is certainly Pyongyang flying a kite, or testing the waters. For the rest of us, this is a timely reminder – if it were needed – of just how completely Trump plans to tear up established U.S. policy in the region; and what an irresponsible, unthinking menace the man is.”

The unprecedented North Korean editorial came amid repeated calls for dialogue with Seoul and its ally Washington. Since May 17, Pyongyang published a government statement with the aim of improving relations with Seoul, and notified the South Korean government of a willingness to resume inter-Korean military talks.

South Korea dismissed Pyongyang’s call for talks but Pyongyang reiterated their intention to resolve the current inter-Korean deadlock through the dialogue.