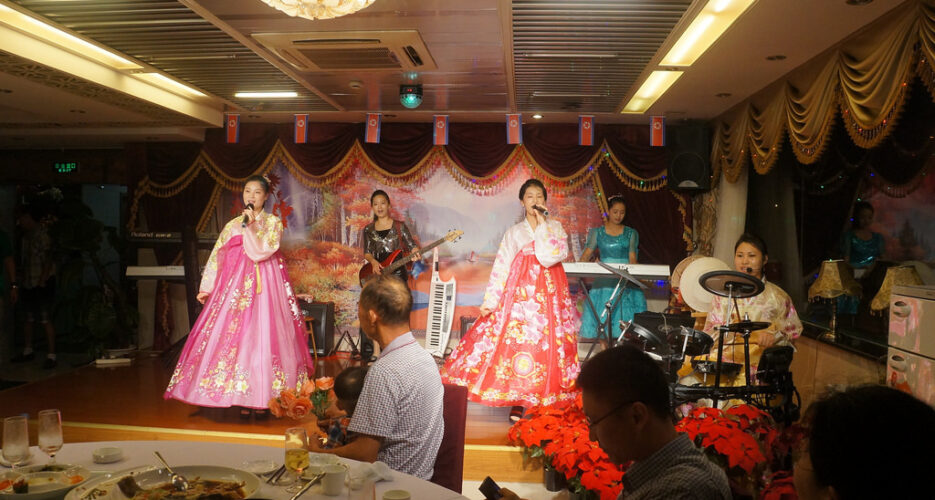 Seoul’s Ministry of Unification (MoU) on Monday denied any connection between the upcoming election and the recent revelation that a group of North Korean restaurant workers had defected.

Previously, the progressive South Korean paper the Hankyoreh reported the Blue House had directed the revelation and the opposition Minjoo Party raised suspicions of the “Northern wind” – the use of North Korean issues to rally conservative voters.

“Typically, defectors are investigated by the National Intelligence Service (NIS) … but the government this time revealed the facts before the investigation process,” the statement from the opposition party reads.

As the MoU repeatedly stated on Friday and Monday, the safety of defectors’ families remaining in North Korea is another issue.

“When I arrived Seoul, the NIS let me choose to make my defection public or not. I chose not to and there weren’t any media reports or pictures,” Kim Tae-san, who came to Seoul in 2002, told NK News.

The MoU provided a picture of the 13 defectors on Friday, with their faces blurred.

Kim started public activities and media interviews after one year, concerning his families in Pyongyang. However, the punishment against the defectors’ families is not as severe now as it used to be.

“If the families of the 13 defectors have positions at the Workers’ Party of Korea, they will lose the job. But it is unlikely that their families are very high-ranking officials, considering they are waitresses at the restaurants,” Kim added.

“It may make the defection difficult for the North Koreans staying in Southeast Asian countries, due to increasing surveillance for a while,” Chun told NK News.

The North Korean security organization signed an agreement with Laos in March, which made experts worry about tightening surveillance against defectors in the country while waiting for departure to Seoul.

“It used to take 15 to 30 days from Laos to Seoul, but now it takes more than 100 days. It is easier to stop by Thailand these days,” Chun said.

While the most local media outlets assumed the defectors left a restaurant located in Ningbo, Zhejiang province, experts commonly said China’s acquiescence sounds plausible, but were skeptical about cooperation in regards to pressing Pyongyang.

The Chinese Foreign Ministry on Monday confirmed that the defectors left China on April 6, with legal passports.

“If they traveled through the airports, China seems to have condoned it without careful inspection,” Lee Chang-ju, a Ph.D. candidate of Fudan University in Shanghai told NK News.

However, it is too early to judge whether China is actively backing sanctions, said Go Myong-hyun, of the Asan Institute.

“The difficulty of earning foreign currency has started at least since the last year because of decreasing exports to China,” Go said.

According to the report published by the Korea International Trade Association last June, the price of anthracite, North Korea’s primary exports item, is decreasing globally, causing the considerable drop of the total value of the exports from $1,373.71 million in 2013 to $1,132.18 million in 2014.

Seoul’s Ministry of Unification (MoU) on Monday denied any connection between the upcoming election and the recent revelation that a group of North Korean restaurant workers had defected.Previously, the progressive South Korean paper the Hankyoreh reported the Blue House had directed the revelation and the opposition Minjoo Party raised suspicions of the “Northern wind” – the use of