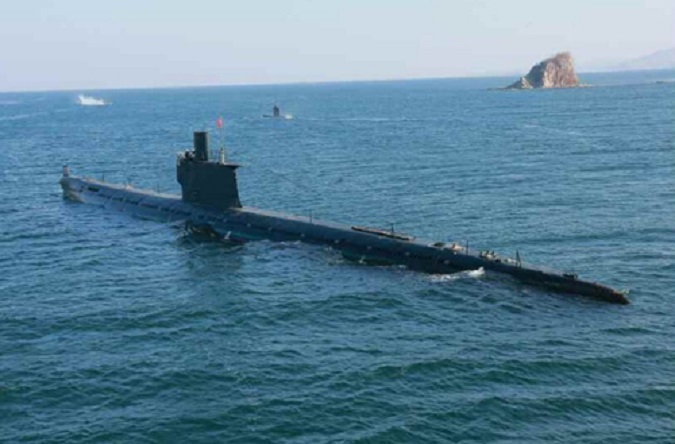 North Korea on Wednesday morning attempted the launch of a submarine-launched ballistic missile (SLBM) from a Sinpo-class submarine, MBN reported.

According to the article, the submarine left the port early in the morning, but returned to the dock near Wonsan at 9 a.m. local time, which South Korean experts saw as indicating a failed fourth SLBM launch attempt.

“The submarine would have not returned to the port that quickly if it were scheduled to take part in another training or operation,” a former South Korean admiral told NK News on condition of anonymity.

“It seems that the submarine dealt with a malfunction during the process of their fourth SLBM test launch, and decided to return.”

The Sinpo-class submarine suddenly started to sail toward the East Sea on early morning Wednesday, according to MBN. South Korean intelligence immediately started to track the whereabouts of the submarine. But no provocative acts followed and the submarine returned.

“All we can say is that our military, with the close cooperation with the U.S., is keeping an eye on North Korea’s SLBM development trends,” the military official from South Korean Joint Chiefs of Staff said during Thursday’s press briefing.

The exact location of where the event took place was not provided either by the report or by the South Korean Defense Ministry.

But as the report said the submarine returned to the port near Wonsan, the failed launch attempt likely took place somewhere at the east side of Korea, possibly between Wonsan and Mayang Do Naval Base – one of two North Korean submarine bases – located in South Hamgyong Province.

Pyongyang’s latest successful SLBM launch took place on May last year, which their state-run media claimed as evidence “that the ballistic missile fired from the submarine fully met the requirements of the latest military science and technology.”

Even if their most recent launch ended in failure, another South Korean expert said that, assuming the report is true, this would be one of many SLBM launch attempts to come.

“To raise the degree of completion of SLBMs, North Korea will execute dozens more tests in the future,” Moon Keun-sik, the director at the Korea Defense and Security Forum told NK News.

“Perfecting SLBM technology requires a numerous tests …  both on the ocean and on the ground. Pyongyang has been miniaturizing their nuclear weapons, and this launch – if it were successful – could’ve been their message to claim that they have completed adapting their warheads to a SLBM.”

On the same day as the reported test, the South Korean Defense Minister said the chances of North Korea conducting another nuclear test are high.

North Korea on Wednesday morning attempted the launch of a submarine-launched ballistic missile (SLBM) from a Sinpo-class submarine, MBN reported.According to the article, the submarine left the port early in the morning, but returned to the dock near Wonsan at 9 a.m. local time, which South Korean experts saw as indicating a failed fourth SLBM launch attempt.“The submarine would have