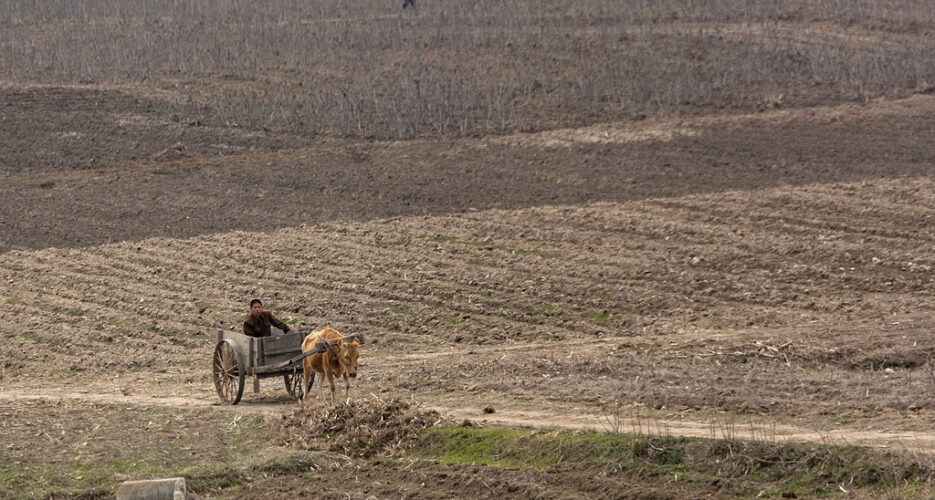 North Korea has referred to the “Arduous March” in an article published by the Rodong Sinmun on Monday, in a possible warning of worsening conditions that may be facing the country.

The Korean only article titled “Choson’s supreme power” comes after a round of enhanced sanctions were imposed on North Korea following its recent nuclear test and satellite launch in early 2016. A new UN resolution imposed as a result of the tests were also referenced briefly in the article.

“The path to the revolution is never easy, we might have to go through Arduous March again – in which we only had to eat roots of the grass – and we might have to fight against our enemies all by one’s self,” the article reads.

The “Arduous March” is what North Korea commonly refers to as a period of economic downturn, often identified by the international community as the famine which devastated the country in the mid-1990s. While the exact death toll of the famine is unknown, there are estimates of as many as 3.5 million dead.

In the Rodong Sinmun article, the march was mentioned as a march endured to defend “the core of our revolution” and the authors repeatedly called for unity and loyalty to the leadership throughout.

“Staying loyal to our Suryong (leader), no matter the cost, is the ultimate tradition of victory and everlasting way of our life and struggle,” the article adds, referring to Kim Jong Un as “our great Suryong.” “We might give up our lives, but we all have to remain loyal to our dear leader.”

“The use of the term March of Suffering or Arduous March is a signal that difficult times are here/coming and one ought not to misbehave, one ought to stick to being a revolutionary socialist who is resisting the enemy,” Sandra Fahy, author of the book Marching Through Suffering, told NK News on Tuesday.

Fahy, whose book detailed the effects of the famine of the 1990s, also said that the phrase is intended to be understood by the population as “the period when you must struggle as our leader struggled” and that the article “is a sign that the country is preparing the people to be psychologically prepared for difficulty conditions.”

Also speaking to NK News on Tuesday, Aidan Foster-Carter, an Honorary Senior Research Fellow at the University of Leeds, said the mentioning of the Arduous March may risk a potential backlash among the population.

“I’m quite surprised to find Rodong Sinmun taking this line … When Kim Jong-un inherited power, his very first speech contained a promise (slightly hedged) that people would no longer have to ‘tighten their belts.’ This raised hopes. Whereas talk of eating grass roots won’t go down well at the … grass roots,” Foster-Carter said.

“I think, in context, this is over the top propaganda. If Kim Jong Un has any sense, this is not a theme to be emphasizing too much in the run-up to the Party Congress.”

North Koreans are in the midst of a 70-day campaign of loyalty in which they were ordered to increase production in the run up to the 7th Party Congress, to be held in May.

The congress, the first of its kind in North Korea for 35 years, is expected to be a significant moment for Kim Jong Un in solidifying his power and establishing his policies.

While impacts of the sanctions, both on the official and black market economies, are still being monitored and assessed, a recent report published by the Korea International Trade Association (KITA) estimated that almost half of the country’s exports could be cut as a result, Yonhap News Agency reported on Tuesday.

According to the article, KITA identified up to 45 percent of North Korea’s exports as being on the list of sanctioned items.

North Korea has referred to the "Arduous March" in an article published by the Rodong Sinmun on Monday, in a possible warning of worsening conditions that may be facing the country.

The Korean only article titled "Choson's supreme power" comes after a round of enhanced sanctions were imposed on North Korea following its recent nuclear test and satellite launch in early 2016. A new UN resolution imposed as a result of the tests were also referenced briefly in the article.