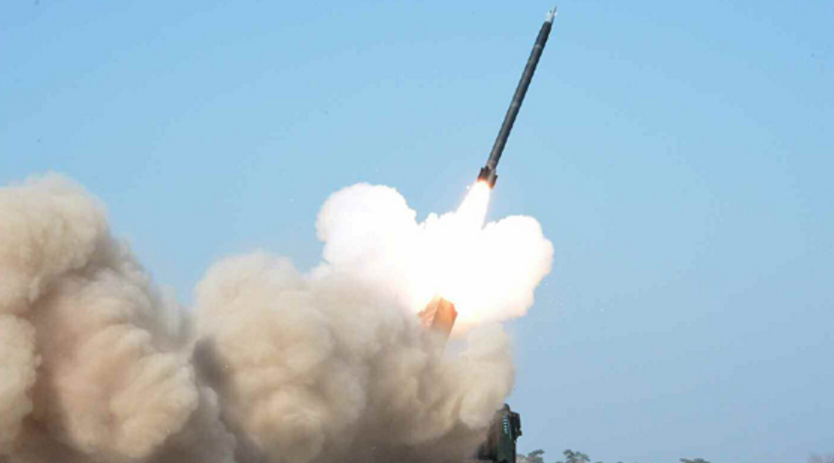 The South Korean Joint Chiefs of Staff (JCS) and the Ministry of Defense (MND) speculated the rockets were MRLS with a 300mm caliber, at a regular press briefing on Tuesday. Previously, observers guessed the missile from North Korea seemed like an improved version of KN-02, a surface-to-surface missile.