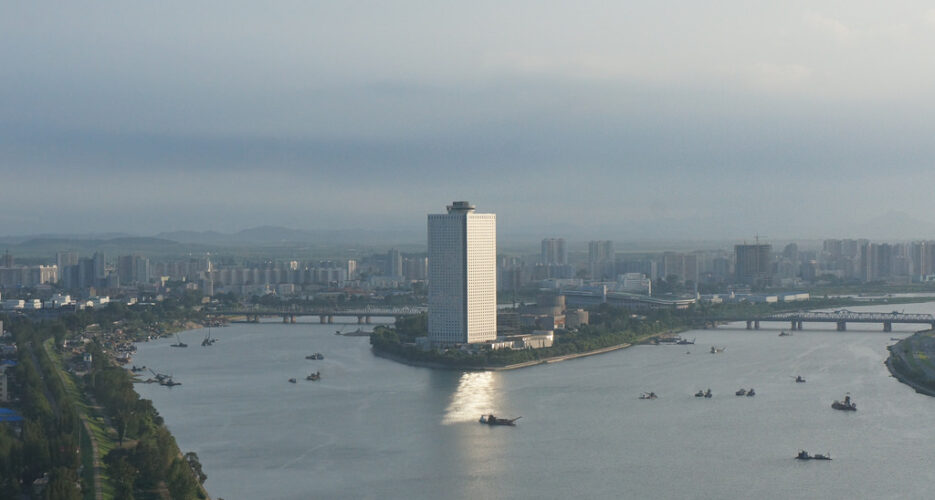 Warmbier said that he had tried to steal a political banner from the Yanggakdo Hotel, where he was staying, as directed by a Christian community based in the U.S.

“I apologize to each and every one of the millions of the Korean people and I beg that you see how I was used and manipulated,” said Warmbier, as quoted by a CNN report.

State media outlet the Korean Central News Agency (KCNA) published a letter attributed to Warmbier about an hour after CNN’s report, detailing his wrongdoing of “taking a political slogan from the staff-only area of the Yanggakdo International Hotel.”

KCNA previously said Warmbier’s crime related to an attempt to “bring down the foundation of (the DPRK’s) single-minded unity.”

There has long been curiosity about the staff-only area of the Yanggakdo – located on the hotel’s ‘missing’ fifth floor – among foreign tourists.

With no button for the fifth floor on the hotel’s elevator, visiting foreigners use fire escapes from the fourth and sixth floor to get access to the area, which is often unlocked.

Blogger Calvin Sun previously posted pictures of the political slogans on display in the area, including anti-U.S. and anti-Japanese imperialism. Posters boasting of the country’s information industry and praising “our general” also appear to be included.

“Our policy on going to the fifth floor is ‘do not go there,'” said Troy Collings, DPRK managing director of Young Pioneer Tours, the tourism company which Warmbier travelled with.

“Going there in itself is not a crime, it’s a breach of hotel rules and in the past when anyone has tried to go there and got caught it causes us as a company more problems than the guest themselves, but it may become a more serious issue now,” Collings added.

“Sharon emphasized that her church does not support the government of North Korea and that communism should be ended … She asked me to take an important political slogan from North Korea to be hung in her church as a ‘trophy,’” the article from the KCNA reads.

He said that financial rewards were offered, worth $10,000 to him and $200,000 to his mother, and that the money would help with his brother and sister’s “university tuition.”

He also said the CIA had been aware of his crime, and mentioned the U.S.’s “hostile policy against the DPRK.”

“This is North Korea’s way to react against international sanctions,” Dr. Han Dong-ho, a researcher at the Korea Institute of National Unification (KINU), told NK News.

“They are suggesting proof that the U.S. is deploying a scheme to squeeze North Korea, while offering a warm hand to the inter-Korean businessmen (from the recently closed Kaesong Industrial Complex),” Han added.

Host of his journey Young Pioneer Tours released an anouncement about the incident on January 22, right after the KCNA published details of his arrest.

All of them have been detained in relation to espionage.

Warmbier said that he had tried to steal a political banner from the Yanggakdo Hotel, where he was staying, as directed by a Christian community based in the U.S.