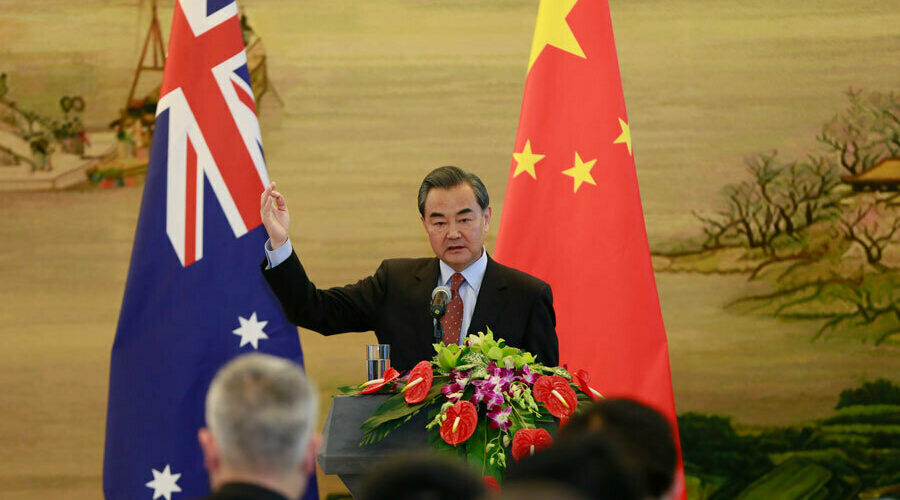 China may have hinted at installing more radars and missile defense systems at its borders should the U.S.’s Terminal High Altitude Area Defense (THAAD) system be deployed in South Korea.

Meanwhile, the Chinese foreign minister has also spoken of the need to parallel the talks on denuclearization of the Korean Peninsula and transition from a ceasefire to an actual peace treaty.

“China will look for past references on how Russia has taken action against Eastern European countries which have deployed the U.S.’s missile defense systems at their borders,” the Huanqiu wrote in its editorial on Wednesday.

Chinese media did not cleary say which Russian-Eastern European conflict they were referring to, but most relevant appears to be Russia’s announcement in early 2014 that it would install more medium-and high-altitude radar systems and missile defense systems across the country to “counter any U.S. plans for a missile defense shield in Eastern Europe.”

The Chinese tone on the deployment of THAAD has grown harsher since the Pentagon addressed the progress from the recent U.S.-South Korean talks.

“The latest update I have is that the discussions about deploying a THAAD system will begin at some point this week. I don’t have the exact day for you,” said Pentagon press secretary Peter Cook on Tuesday.

In response to to Pentagon’s address, the South Korean defense minister clarified on Thursday that the only talks that have made progress between the U.S. and South Korea are preemptive, focusing on how to organize and manage the U.S.-South Korean joint working group.

China, which has maintained its objection to the deployment of THAAD, has warned South Korea to scrap the plans as it will undermine China’s strategic security interests.

“It is hoped that the relevant side can drop this plan,” the Chinese foreign ministry spokesperson said on Wednesday.

Chinese Foreign Minister Wang Yi, in remarks of a very different timbre, said on Wednesday that the relevant nations should have parallel talks on the denuclearization of the Korean Peninsula and a transition from the Armistice Agreement at the end of the Korean War to a full-fledged peace treaty.

“China believes that this idea is reasonable, and conducive in resolving the Korean Peninsula nuclear issue fundamentally, and China is willing to discuss this with the parties in due course.”

An expert said that South Korea is not among the list of beneficiaries of the Chinese proposal.

“What China proposed, basically is the peace treaty between the U.S. and North Korea, the same as what North Korea has been saying until recently,” Cha Du-hyeogn, a former adviser to South Korean President Lee Myung-bak told NK News.

“A peace treaty just between the U.S. and North Korea, excluding South Korea, won’t necessarily mean the stabilization of the Korean Peninsula.”

The most recent North Korean call for a treaty with the U.S., published in the state-run Rodong Sinmun newspaper in January said that genuine peace on the peninsula could be concluded should the two parties sign a treaty.

Meanwhile, in defiance of Chinese opposition, the South Korean Defense Ministry said their decision on THAAD will be made based on their sovereign right, Yonhap News Agency reported on Thursday.

China may have hinted at installing more radars and missile defense systems at its borders should the U.S.'s Terminal High Altitude Area Defense (THAAD) system be deployed in South Korea.Meanwhile, the Chinese foreign minister has also spoken of the need to parallel the talks on denuclearization of the Korean Peninsula and transition from a ceasefire to an actual peace treaty."China will