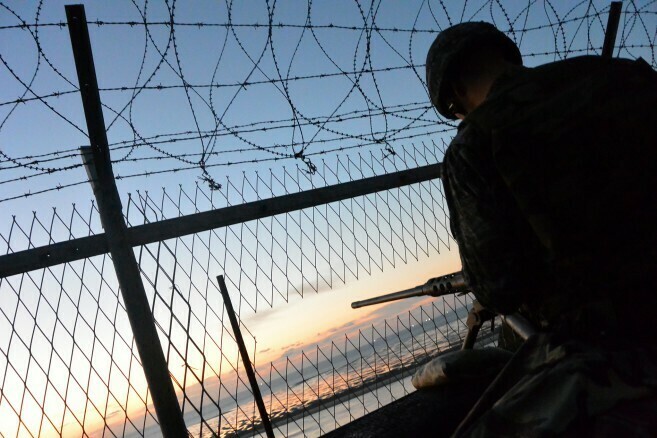 The South Korean National Assembly on Thursday decided to draw back a significant amount of funding from the development of spy satellites and UAVs.

On the development of satellites alone, the South Korean military originally requested about 64 billion Korean won ($55 million). But the National Assembly has decided to cut the budget for these to 2 billion won.

The budget for the development of division-level reconnaissance UAVs also was nearly halved from 24.8 billion won to 13.2 billion won.

Much media commentary has criticized the National Assembly’s decision to cut the funding for these two key factors for ensuring an advantage in South Korea’s reconnaissance capability over North Korea.

“The South Korean military’s original plan was to install five spy satellites by 2022, but due to the budget cut, the future of the development of these satellites has become obscure,” stated a Yonhap article.

“The integration of spy satellites into the South Korean military would ensure the surveillance capability on North Korea, making the military to be lesser dependent on the U.S.’s spy satellites.”

But military researcher Kim Min-seok from Korea Defense and Security Forum and a civilian military adviser have both commented that “there are more to be discussed about the budget cut.”

“South Korean lawmakers often debate whether the government should spend more money on development of their own military assets, if such assets are already operated by U.S. Forces Korea,” said Kim.

“The development of South Korean-made spy satellite was such a case.”

As the recovery of South Korea’s Wartime Operational Control (OPCON) has been postponed to 2020, Kim explained that preparing for self-reliance in reconnaissance capability “might have not been lawmakers’ top priority” for this year.

The secretive nature of the development of spy satellite is another major factor behind the budget cut.

“This year, the Ministry of National Defense (MND) had been bashed for numerous corruption cases related to development and production of military assets,” said Kim.

“Due to its secretive nature, the MND would’ve refused to offer some crucial information on development of spy satellites, making lawmakers unsure of the project’s transparency.”

A civilian military adviser to South Korea’s National Defense Committee told NK News on condition of anonymity that there has been an “argument” between the MND and National Intelligence Service (NIS) on the operational authority of these spy satellites.

“The MND wanted total authority over the satellites as the assets were developed with MND funds, but at the same time the NIS wanted to be the first to get its hands on the data collected from these satellites,” said the adviser.

“Due to the arguments between the MND and NIS, lawmakers have decided to cut back the budget until they sort out the situation.”

The adviser said that the UAV budget was cut due to the vehicle’s insecurity, considering North Korea’s hacking capabilities.

“The UAV had to be equipped with crypto-equipment to ensure secure communications. The time required for the development of such a device was estimated to be around three years,” said the adviser.

“The lawmakers simply could not allocate the funds for unsecure military assets.”

The president of the Korea Defense Network, Shin In-kyun also warned that the insecurity of the UAV’s communication device is same as “giving away our (South Korean military) information to North Korean troops.”

“North Korea has an electronic warfare unit in every corps and is an expert on snatching and interfering with the signal wave. North Korea would certainly try to take advantage of an unsecure UAV,” said Shin during his interview with Edaily.

Featured Image: ROK MND Official Flickr ‘Wu-do’ the uninhabited island on NLL of the West Sea and Photo Stories of Soldiers There