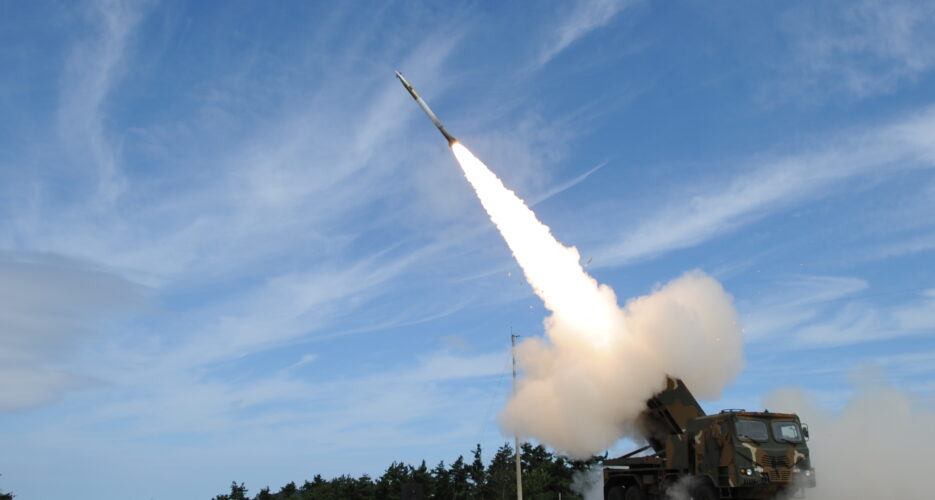 The South Korean military has decided to deploy Chunmoo, a new Multiple Launch Rocket System (MLRS) model to Baengnyeong Island and Yeonpyeong Island, just a few kilometers away from the North Korean mainland.

“Numerous military officials said that the Chunmoo system will first be deployed to Baengnyeong Island in 2016 and Yeonpyeong Island in 2017 to strengthen the northwest islands’ defenses,” said an article in News1 on Friday.

Chunmoo, the latest South Korean MLRS, can hit targets up to 80 km away and destroy an area three times the size of a soccer field.

With the capacity to fire at least 10 rounds per minute, Chunmoo has twice the range of the Kooryong, the older main South Korean MLRS.

The rockets fired from Chunmoo are equipped with GPS and a navigation guide system allowing the rockets to accurately destroy North Korea’s long-range artillery from outside their firing range.

When the South Korean army first implemented the MLRS, North Korea criticized South Korea, stating, “South Koreans are equal to murderers to even think of using such barbarous weapons against its own countryman living in North.”

But the North itself employs similar systems.

In August the South Korean military first adapted the Chunmoo system to its frontline units near the DMZ. North Korea reacted by calling the deployment “South Korea’s vile attempt to deter to North Korea’s superior firepower.”

“The manufacturer of Chunmoo’s rockets, Hanwha, produced guided rockets with their own hands, but for unguided rockets. Hanwha had to rely on a U.S. manufacturing license from 2002 to 2011,” said Yang.

“Currently, according to the deployment plan that has been revealed, the Chunmoo to be arranged at the northwest islands are only going to be equipped with short-range unguided rockets that can’t even reach Pyongyang,” said the adviser.

“As Seoul is already within reach of North Korea’s long-range artillery range, the South Korean military should consider deploying guided rockets for Chunmoo which will reach all the way up to Pyongyang.”

The Ministry of National Defense refused to confirm any information related to the deployment plan of Chunmoo to northwest island regions.