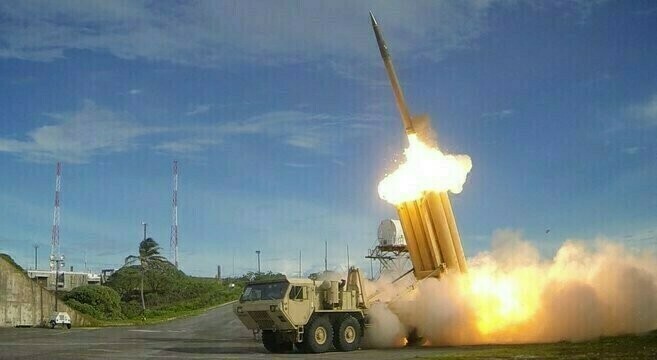 Although USFK conducted the site survey independently, the U.S. military has stated that it would only deploy THAAD to South Korea “in full consultation” with Seoul and would not do so unilaterally.

The THAAD system is designed to intercept missiles during their terminal phase – that is, when the missile or warhead is making its descent toward the target. It is particularly suited to intercept incoming missiles at higher altitudes than other existing missile defense systems, such as the Patriot system. The Republic of Korea (South Korea) military current employs the PAC-2 variant of the Patriot system while USFK has PAC-3 batteries deployed in Korea.

The possibility of deploying THAAD in South Korea has been a controversial issue. The U.S. would prefer to deploy the THAAD – a system of U.S. make and design – in Korea, not only for economic benefits but also to integrate Korea into its missile defense network.

Many South Koreans would prefer to wait until the South develops and fields its own similar capability in the L-SAM as part of the Korea Air and Missile Defense (KAMD) system. Some South Koreans, though, including lawmakers of the ruling Saenuri Party, have recently voiced support for deployment of THAAD.

Both China and North Korea have voiced their objections to a THAAD deployment in Korea. The Chinese see such deployments of new weapons systems to the region by the U.S. military as being directed at China, with North Korea being a pretext. China being South Korea’s largest trading partner, Chinese objections have contributed to Seoul’s hesitance to allow a THAAD deployment.