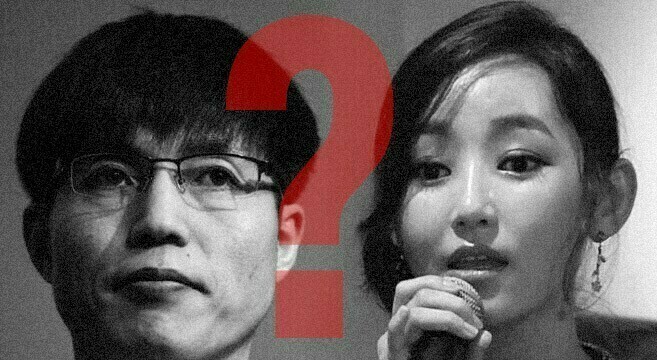 The video, released by the North Korean propaganda channel Uriminzokkiri, features interviews with those claiming to be Park’s relatives.

One person claiming to be Park’s uncle says her father was put in jail for illegally selling copper.

“After he was bailed out due to his illness, he died of pancreatic cancer,” the man says.

Her alleged aunt said Park’s life in North Korea was entirely different from how she portrayed it in her famous speech at a conference in Dublin.

In her speeches and numerous interviews, Park has said she had to feed on grass and even dragonflies, which those in the video deny.

“Since her mother and father were selling copper, she lived an affluent life, with no reason to envy others,” the woman claiming to be her aunt said. “I don’t know why she said this after such a happy childhood.”

The video also features derogatory remarks about Park’s motivations from these supposed relatives.

“She was so ambitious despite her young age,” her aunt says in the video. “One day she said to her mother, ‘Mom, if I’m going to get married, it will be with no one but a millionaire.'”

At the end of the video, it quotes criticisms on Park from the Western media, including those from Felix Abt, Mike Bassett and Mary Ann Jolley, all of whom have questioned aspects of her story.

The video concludes by saying the U.S. is using “puppets” like Park and Shin Dong-hyuk to slander North Korea on non-existent issues like human rights.

Park has not yet responded to NK News‘ requests for comment. Casey Lartigue, who has co-hosted the Casey and Yeon Mi Show podcast with her, defended her from accusations originating inside and out of North Korea.

“North Korea’s Uriminzokkiri is a garbage channel that doesn’t merit a response,” said  Lartigue, director for international relations at Freedom Factory in Seoul. “Their Western sources cited in the video will eventually see that they rushed to judgment about Yeonmi, and I hope they will be honorable enough to apologize at that time.”

North Korea analyst Mike Bassett, one of those quoted in the video as criticizing Park recognized its propagandistic nature but also said it had some truths to it.

“It’s obvious that certain elements were constructed and crafted very thoughtfully, such as the presence of a healthy fat baby and plants, and her aunt; who might’ve incurred a similar psychological impact on Yeonmi Park as Shin Dong-hyuk’s father had on him,” he said to NK news.

“Despite how polemic the documentary was, some points were quite valid. Her aunt stated that as a child, Yeonmi wanted nothing more in life than to be rich and famous. She told a story about how Yeonmi was upset because she couldn’t be the class leader even though she didn’t earn it, and described her love of luxury items. Casey Lartigue and the media took full advantage of the opportunity to ‘pimp-out’ a willful participant in the counter-productive money-generating, nation-branding circus deployed to demonize and isolate North Korea.”

The move by the North follows a similar tactic taken toward Shin Dong-hyuk, who had claimed to have been imprisoned in the notorious Camp 14 all of his life prior to his escape. The North released a video accusing Shin of being a criminal who escaped in order to evade punishment for his crimes, and which includes footage of Shin’s father accusing his son of lying about his time in the North.

Shin admitted that the man was his father, and recently acknowledged that he did not spend the majority of his time in Camp 14 – as stated in Blaine Harden’s book Escape from Camp 14, of which Shin is the subject – now saying he was transferred to Camp 18 and spent most of his life in North Korea there.

Harden and Shin are reportedly working on an updated edition of the book to reflect the changes in Shin’s story.

North Korea has released a video directly contradicting famed defector-activist Yeonmi Park’s testimonies.The video, released by the North Korean propaganda channel Uriminzokkiri, features interviews with those claiming to be Park’s relatives.One person claiming to be Park’s uncle says her father was put in jail for illegally selling copper."After he was bailed out due to his

Subin Kim (@SubinBKim) is an NK News contributor based in Seoul, South Korea. He translated Lankov's The Real North Korea into Korean and is a reserve air defense artillery lieutenant in the Republic of Korea Air Force.