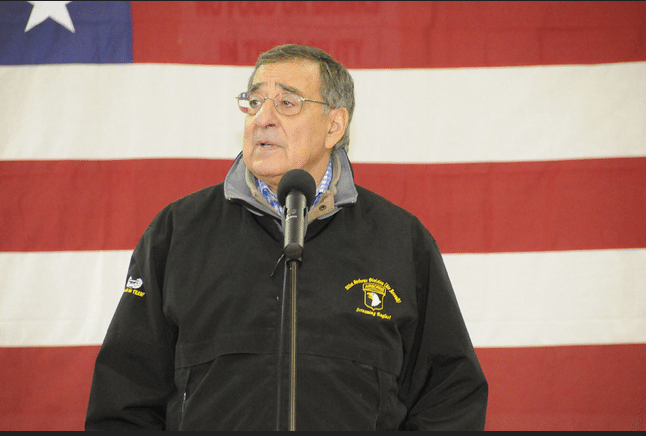 I have long considered North Korea’s frequent charge that the U.S. is contemplating a nuclear strike clunky and unconvincing. The assertion seemed very much over the top, and as we know from the fairy story, crying wolf unnecessarily is not a good strategy. The accusation surfaces most frequently in denunciations of the biannual joint U.S./South Korea military exercises. For instance:

The north-targeted war exercises staged by the U.S. together with the puppet army in south Korea are a heinous nuclear war rehearsal to bring a nuclear holocaust to the Korean Peninsula, Northeast Asia and other parts of the world.

North Korea is quite right to complain about the exercises; they are a threat to peace, they stymie any possibility of improved relations between the two Koreas, and they force the North to divert resources from the civilian economy – from things like food and health – to defense. Their purported justification to counter the threat of an invasion from the North is quite fraudulent and this is often admitted by the more serious American experts:

The North “is highly unlikely to attack in a (1950s) Korean War-style invasion across the DMZ,” (Terence Roehrig, a Korea expert at the Naval War College) said, “because the military balance is against North Korea and attacking in that manner would be tantamount to regime suicide.

There is a genuine grievance here but it seemed to me that invoking the specter of a nuclear attack muddied the waters and diminished the message with its suggestion of paranoia.

The arguments against the U.S. using nuclear weapons in Korea are varied and compelling. The first (and only) use of nuclear weapons, by the U.S. against Japan in 1945 was a special case, aimed mainly at sending a message to the Soviet Union and the world in general that the U.S. was establishing global hegemony. Since then nuclear weapons have been seen primarily as a deterrent and not as a “normal” weapon of war. Mutually Assured Destruction, with its apt acronym of MAD, meant that through the Cold War neither the U.S. nor the Soviet Union used the nuclear card, though they came close to it at times. The U.S. contemplated using nuclear weapons against non-nuclear powers in Korea and in Vietnam but calculated that the political (and military) disadvantages ultimately outweighed any advantages. In the latter cases fear of China gave a certain plausibility to the idea. But to use nuclear weapons against North Korea on its own is another matter. It is preposterous and unnecessary, since the U.S. (with South Korea) is so much stronger in conventional terms. It would also be grossly counterproductive militarily and politically. Whether you regard the idea of a North Korean invasion a possibility or a pretext, all U.S. war plans, such as OPLAN 5027, envisage U.S./ROK forces taking Pyongyang and beyond. A preceding nuclear strike would make that militarily hazardous, let alone imposing huge economic costs for the occupying powers. The devastation would not be confined to the North, or to the Korean People’s Army. In the words of Newsweek:

The specter of nuclear mushroom clouds rising over northeast Asia has long been a staple of nightmare scenarios in the event of another war between North and South Korea. It’s a prospect so apocalyptic that American officials have rarely articulated exactly what would trigger their use of weapons that could instantly kill millions and make the entire peninsula uninhabitable for decades.

So that would dispose of not merely the North Koreans but also the South Koreans, along with the considerable number of Americans resident in South Korea at any particular time. Even a conventional strike against nuclear facilities could be disastrous. In 2005 it was reported that:

Simulations secretly commissioned by the South Korean military suggest bombing of North Korea’s nuclear facilities could in the worst case make the whole of Korea uninhabitable for a decade, it has been revealed.

Radioactive clouds would be no respecter of national boundaries and Japan, China, and Russia would not be too pleased with the prospect. Then there is the question of North Korean nuclear retaliation. Back in 2006 an article in Foreign Affairs claimed that:

It will probably soon be possible for the United States to destroy the long-range nuclear arsenals of Russia or China with a first strike.

Clearly the chances of North Korea being able to withstand a first strike are far, far less. However, it is a matter of balancing risk against prize. The purpose of a strike against China would be to ensure U.S. global hegemony for another generation or two and it might be calculate that the risk of some Chinese retaliation might be worth it. However, North Korea is not really important to the U.S., with no great gains to be made from its destruction, so even the slightest risk of nuclear retaliation would not justify first-use of nuclear weapons.

So all in all the idea of using nuclear weapons to resolve a conventional skirmish in Korea was so absurd as to be easily discounted.

Then along came Leon Panetta and the publication of his memoirs, Worthy Fights: A Memoir of Leadership in War and Peace, and the statement:

If North Korea moved across the border, our war plans called for the senior American general on the peninsula to take command of all U.S. and South Korea forces and defend South Korea— including by the use of nuclear weapons, if necessary.

So it appears that the North Koreans were right after all.

North Korea reacted to the disclosure with predictable indignation and vowed:

The army and people of the DPRK will further bolster up its nuclear deterrence for self-defence both in quality and quantity till they completely foil the U.S. hostile policy toward the DPRK and nuclear threat to it.

South Korean media reports on the memoir were curiously uncritical. The Korea Times, Hankyoreh and JoongAng Ilbo, were all seemingly unaware of the dangers posed to South Korea and that the U.S. use of nuclear weapons in Korea, in the words of former General Gard, chair of the Center for Arms Control & Non-Proliferation in Washington, replicated the Vietnam War “concept of destroying a city in order to save it.” Perhaps there was deeper thinking under the surface, as one anonymous U.S. commentator suggested:

“Typical wooden-headedness on the part of a U.S. official,” a former top CIA expert on Korea called Panetta’s recollection. “How in the world do we think South Koreans will react to the news that the U.S. is prepared to use nuclear weapons on the peninsula? It doesn’t reassure them, only makes them think having the U.S. bull in their china shop is maybe not such a good idea,” the former official added on condition of anonymity in exchange for discussing such a sensitive issue. “It also doesn’t really scare the North Koreans, who think they have been under a nuclear threat for decades – which is why they developed their own nuclear program.”

Not everyone accepts that a nuclear strike is really on the table – Jeffrey Lewis for instance argues that “No, the U.S. Doesn’t Have Plans to Nuke North Korea.” But then why does Panetta write that it does?

Three explanations come to mind. Firstly, it may have been a bit of journalistic exuberance inserted by Panetta’s ghost writer, Jim Newton. Secondly it may have been a case of life imitating art, of Panetta exemplifying Groucho Marx’s famous quip about not wanting to join a club who would have someone like him as a member. Panetta expressed surprise that Obama had nominated him as director of the CIA, and then as secretary of defense given his lack of experience and qualifications. Perhaps he was nearer the truth than he realized.

Thirdly, there is the slight possibility that there may be more to this than meets the eye. It is often difficult to be sure that when public figures do ‘stupid s–t’ – to use Barack Obama’s infelicitous and often sanitized phrase ( “s–t” becomes “stuff” ) – it really is because they are stupid (or at least inattentive) or if there is some cunning plot to hand, a coded message that might be invisible to the general public but be picked up by adversaries and allies.

Was Panetta’s revelation a calculated warning to China that it would use nuclear weapons if they intervened in Korea in the event of a U.S. invasion?

Who knows? Probably not. It would be both too clever, and too stupid.

I have long considered North Korea’s frequent charge that the U.S. is contemplating a nuclear strike clunky and unconvincing. The assertion seemed very much over the top, and as we know from the fairy story, crying wolf unnecessarily is not a good strategy. The accusation surfaces most frequently in denunciations of the biannual joint U.S./South Korea military exercises. For instance:

The north-targeted war exercises staged by the U.S. together with the puppet army in south Korea are a heinous nuclear war rehearsal to bring a nuclear holocaust to the Korean Peninsula, Northeast Asia and other parts of the world. 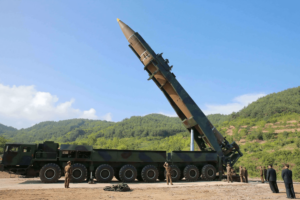 Tim Beal did a MA (Hons) in Modern Chinese Studies at Edinburgh University, followed by a PhD there on Chinese foreign trade. He moved to New Zealand in 1987 teaching at Victoria University of Wellington until his retirement in 2009. He has written extensively on International and Asian affairs, including two books relating to Korea: ‘North Korea: The Struggle against American Power’ (London: Pluto, 2005) and ‘Crisis in Korea: America, China, and the Risk of War’ (London: Pluto, 2011). He has been visiting both Koreas since the 1990s and maintains a geopolitical website focused on the peninsula at http://www.timbeal.net.nz/geopolitics/