Why is North Korea called the DPRK?
Name dates back to series of 'people's republics' dubbed by the Soviet Union
Benjamin R. Young February 7, 2014 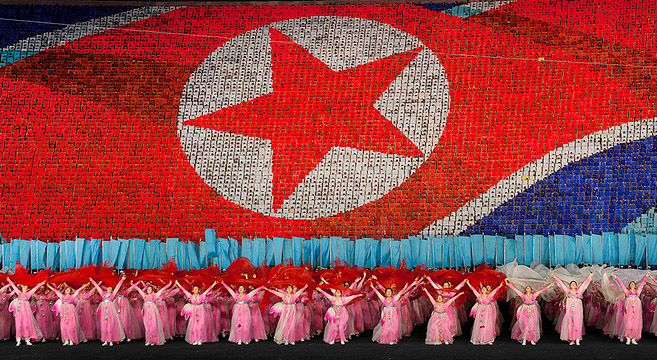 North Koreans dislike when outsiders refer to their country as “North Korea.”

They prefer the official title, the Democratic People’s Republic of Korea (DPRK), as it represents Pyongyang as the true, legitimate Korean government. Yet, according to Western standards, North Korea is neither “democratic” nor a “republic.” So how did this totalitarian state and hereditary dictatorship acquire this contradictory title?

As the Soviet Union expanded its influence into Eastern Europe in the early 1940s, Moscow created the idea of “people’s democracies” in order to distinguish new Leninist republics from previous bourgeois regimes, but at the same time reaffirming the Soviet Union’s superiority in socialist construction and as the center of the world communist movement. Soviet satellites such as Macedonia, Romania and Bulgaria became known as “people’s democracies” and officially “people’s republics.”

“The ‘people’s democracy theory,’ created by the Soviet ideologues in the early 1940s, implied that those (newly independent) countries were going through a lengthy transition from capitalist or even colonial and semi-feudal societies to socialist societies,” Prof. Andrei Lankov of Kookmin University told NK News.

The names also reinforced the Soviet Union’s position at the top of the communist hierarchy.

“In the Soviet bloc, ‘people’s democracy’ meant a lower stage of socialist construction than the stage already achieved by the USSR,” Prof. Balazs Szalontai of Kwangwoon University said. “This implied an inferiority of the smaller communist states vis-à-vis the USSR, and probably this is why Romania later renamed itself ‘Socialist Republic’ under the maverick (Nicolae) Ceausescu.”

As communism and the “people’s democracy theory” spread to Asia, the Soviet-inspired naming rituals continued. After the liberation of Korea from Japanese colonial rule in 1945, the Soviet-aligned state in northern Korea sought to distinguish itself from the rival government in the south, the short-lived provisional government which called itself the People’s Republic of Korea, so it added “democratic” to the beginning of its name. Mao Zedong’s government became known as the People’s Republic of China in 1949.

“The ‘people’s democracy theory’ emphasized that these countries were yet to start full-scale socialist construction, so their major current goal was to overcome their backwardness through the implementation of general democratic policies,” Lankov said.

“Such policies included land reform, abolition of hereditary privileges of gentry where such privileges existed, the introduction of gender equality, and partial (or complete) nationalization. In other words, those countries were seen as…building the foundation of socialism while still remaining humble democracies, albeit of a better type.”

Though technically there are multiple parties in the DPRK today, the Korean Workers’ Party tightly controls elections and the other parties exist purely for show.

“Obviously ‘democracy’ in this context does not mean what we in the non-communist world think it is – contested elections, multiple parties, etc. – but rather reflects the claim that these party-states represent ‘the people,’ as opposed to oppressive feudal or capitalist systems.” Prof. Charles K. Armstrong of Columbia University said.

North Korea was the first to use both “democratic” and “people’s” in its name but would not be the last, Armstrong pointed out. The communist regimes in Ethiopia (1987-1991), South Yemen (1967-1990) and Laos (1975-present), as well as the non-communist government of Algeria (1962-present), also used both “democratic” and “people’s” in their official titles.

North Korea never changed its title, unlike some former Soviet satellites. These include the “Federal People’s Republic of Yugoslavia,” which became the “Socialist Federal Republic of Yugoslavia” in 1963 and Romania, which renamed itself the “Socialist Republic of Romania” in 1965. These former “people’s democracies” defied their Soviet comrades as the Soviet Union felt that these states were behind in socialist construction.

“It is not incidental that the Soviet leadership was not pleased to learn in the 1960s that some of the erstwhile ‘people’s democracies’ began to restyle themselves as ‘socialist countries,’” Lankov said. “I have seen documents about such displeasure in the papers of the Soviet embassy in Pyongyang.”

The lack of a North Korean name change may also reflect its unique position as a divided nation.

“The fact that the DPRK consistently kept its original name, rather than renaming itself the Socialist Republic of Korea in the same way as Romania did was probably attributable to its official doctrine of national unification,” Szalontai said. “In a purely rhetorical sense, a ‘socialist republic’ would have implied a sharper division between the two Koreas than a ‘democratic’ one.

“The name of the ruling party (Korean Workers’ Party) has also remained the same, whereas in Ceausescu’s Romania and post-1976 Vietnam, the Workers’ Parties were renamed as Communist Parties as a sign of a step forward in socialist construction and/or national unification.”

With the Soviet Union having long since collapsed and its European satellites having abandoned communism, there appears little reason for the DPRK to change its name prior to collapse or reunification with the South. When reunification takes place, though, what will the unified Korean state call itself? Koryo, a Korean dynasty that lasted from 918-1392 (and which provides the basis for the name “Korea”), may hold the key; Kim Il Sung himself pushed for the establishment of the “Democratic Confederate Republic of Koryo” in the 1970s and 1980s.

Time will tell, of course, whether reunification happens peacefully. Even if it does, what name the two sides can agree is just one issue they’ll have to resolve.

North Koreans dislike when outsiders refer to their country as "North Korea."They prefer the official title, the Democratic People’s Republic of Korea (DPRK), as it represents Pyongyang as the true, legitimate Korean government. Yet, according to Western standards, North Korea is neither “democratic” nor a “republic.” So how did this totalitarian state and hereditary dictatorship 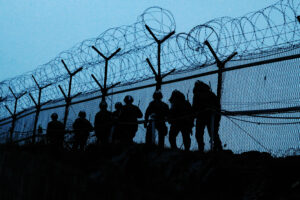 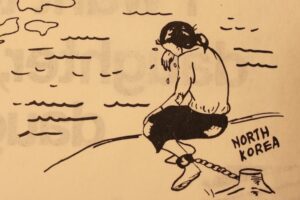 The movement to return the Japanese wives of Zainichi repatriates from N. Korea