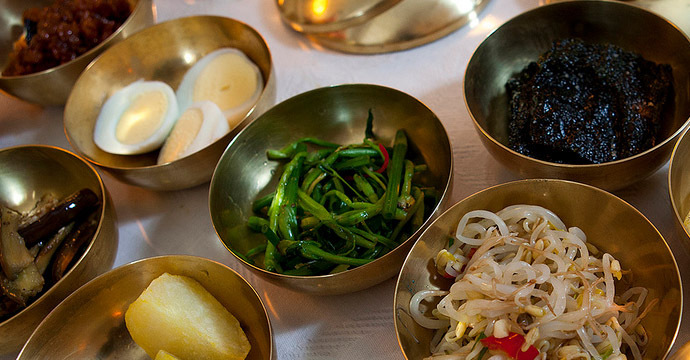 North Korea’s first Western European based restaurant re-opened at the end of 2013 under the name of its new holding company Haedongwha, the Dutch newspaper Het Parool reported last Monday.

While the Pyongyang Restaurant shut down the same year as it opened – allegedly due to a dispute between the Dutch owner Remco Van Daal and its North Korean staff – the Haedongwha staff will now be managed in cooperation with an ethnic Korean manager named John Kim. 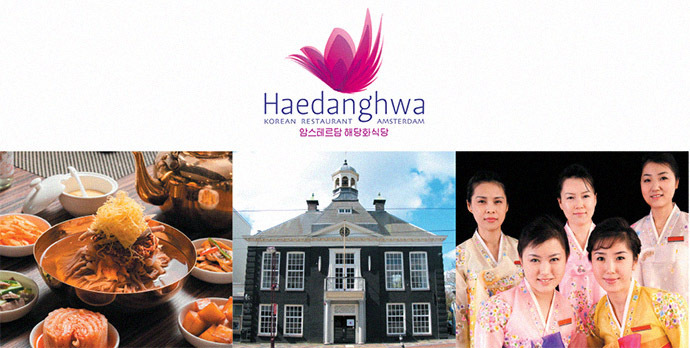 Kim told the Het Parool that since Korean restaurants have typically been run by Chinese people in the Netherlands, the Dutch have rarely had a chance to experience authentic Korean food. Now, Kim said, customers can expect to enjoy real traditional Korean food at Haedangwha while getting a sense taste of (North) Korean culture at the same time.

But for Korean food, the prices at Haedangwha are expensive.

Haedangwha’s last restaurant, known simply as Pyongyang Restaurant, was situated in a residential neighborhood, far from the cities’ busy central streets. Like the Haedangwha, it had an expensive menu for, reasons that together may have contributed to the original restuarant’s rapid failure.

Kim, who has lived in the Netherlands for most of his life, also runs a business in Pyongyang exporting sand to Singapore, a source familiar with his background told NK News.

Unlike Haedangwha restaurants in China, which are run directly by the North Korean government, the Netherlands branch is unique in having non-North Korean ownership but a North Korean staff.

Newsweek Korea reported in November that an estimated 60 North Korea restaurants were in operation around the world, with 44 of them located in China.

The biggest in China is called Koryo restaurant, with about 200 employees.

Other North Korean restaurants can be found in Southeast Asian countries such as Bangladesh, Myanmar, Malaysia, Nepal, Indonesia and Laos.

These restaurants are obligated to make the equivalent of $10,000-$30,000 and send this money back to the North, Newsweek Korea said.

North Korea's first Western European based restaurant re-opened at the end of 2013 under the name of its new holding company Haedongwha, the Dutch newspaper Het Parool reported last Monday.

Tae-jun Kang is the NK News East Asia Correspondent and is based in Hong Kong. Prior to writing, he worked as a riot police officer in South Korea for two years. He can be reached at [email protected] or @taejun_kang on twitter.