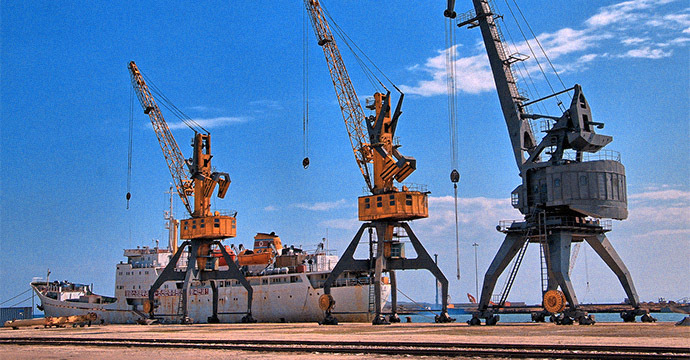 North Korea has recently announced the opening of no less than 14 new Special Economic Zones (SEZs), in addition to the existing four (plus two Special Administrative Regions). While the development of the SEZs project in the DPRK already seemed rather chaotic, Pyongyang’s economic opening-up strategy is now more blurred than ever. More than 20 years after the opening of the Rason SEZ, are North Korea’s Special Economic Zones still going nowhere?

Back in the mid-1970s, Pyongyang’s centrally planned economy was slowing down, with the South’s economy catching up and eventually threatening the superiority of “socialism with Korean characteristics.” What’s more, U.S. scholar Ezra Vogel recalled in Deng Xiaoping and the Transformation of China that Deng’s reformist arguments were more convincing to Kim Il Sung than the ones used by Mao’s designated successor, Hua Guofeng, who toured Pyongyang a few months before Deng in 1977.

But the real kick-off of the “reform and opening” policies in North Korea began in 1984, one year after Kim Il Sung (and secretly Kim Jong Il) visited the most symbolic city of the Deng era: Shenzhen (Guangdong). For the first time, foreign investors were allowed to establish joint ventures anywhere in North Korean territory (whereas it was only permitted within the SEZs in China up to 1993). However, this rather audacious policy turned out to be an almost complete failure, as foreign capitalists had virtually no guaranties on their invested capital. As a result, only pro-Pyongyang overseas Koreans who trusted the DPRK elite (mostly Japanese Chongryon members and a few ethnically Korean Chinese) actually established joint ventures.

The first Special Economic Zone that opened in 1991 on the north-east coast of North Korea (Rajin-Songbong) was, at least at first, no more successful. Located at the Russian border and opened a few months before the USSR collapsed, its development was stopped for several years for different reasons. In addition to the loss of the Russian ally, China’s diplomatic recognition of South Korea in 1992 was obviously considered a real stab in the back and dramatically reduced Beijing’s influence in Pyongyang. As Kim Jong Il himself puts it in Socialism is Science (1994): “Today traitors to socialism harbor illusions about capitalism and raise their hopes high for economic assistance from imperialists.” This kind of strong assertion doesn’t really read like a warm welcome to foreign capitalists. With the mid-1990s economic crisis and famine and the collapse of the public distribution system that paralyzed the whole country, the DPRK’s most audacious step towards opening went into hibernation.

STEP BY STEP OR TOTAL CHAOS

Since 1991, Special Economic Zones have been created every decade, with Rajin-Songbong (Rason) followed 10 years later by the Korean Industrial Complex (KIC) in Kaesong. More recently, in 2011, the Hwanggumpyong and Whiwa islets near the Chinese city of Dandong were turned into tax and visa-free zones for foreigners. It is however hard to believe that the reform and opening policies in North Korea are set on such a regular agenda. Truth is, many elements suggest that Pyongyang hasn’t actually mastered the reform calendar and just jumps in when a window of opportunity appears.

The Sunshine Policy is the best example. The compromise-friendly attitude of South Korea during the 2000s was indeed the sine qua non political condition for the establishment a project as audacious as Kaesong Industrial Complex. Pyongyang was not very hard to convince: beyond the fact that the complex is a source of hard currency for the North’s economy, it is also a very efficient means of pressure on the South Korean government (as the closure from April to August 2013 showed) and even a useful tool to crack the ROK-U.S. alliance. Let’s remember South President Kim Dae-jung’s September 2005 speech at the UN where he mentioned the “imperialist tendencies” of the U.S., as Christopher Hill, former U.S. ambassador to South Korea, was showing some signs of discomfort at the idea of Seoul backing the North’s economy.

As a matter of fact, it seems that there are fewer and fewer windows of opportunity for North Korea to open and reform as regional powers do not appear very keen on supporting the DPRK’s SEZs policies. For obvious reasons, Washington is not very pleased with the idea of North Korea’s socialist economy being helped by neighbors and with Pyongyang breaking its isolation. But China also has nothing but a lukewarm attitude toward SEZs. Even though Chinese leaders are always willing to give Pyongyang good advice (most notoriously Hu Jintao’s subtle remark to Kim Jong Il in August 2010: “economic development … cannot be separated from opening up and cooperation”), if we look at the facts, there is actually not much to show for it. Of course, China remains Pyongyang’s first trade partner, but actual investors in North Korea (joint ventures or SEZs) are mostly small businesses, with very few state-owned companies.

It seems that Beijing is even trying to put the brakes on the development of SEZs on the Sino-Korean border. In 2002, for example, North Korea wanted to appoint the Sino-Dutch businessman Yang Bin – in what was maybe Pyongyang’s most stunning attempt to open up (by giving political power to a foreigner) – at the head of the Sinuiju Special Administrative Region. But with the second richest businessman in China being arrested by the public Security of shenyang a few weeks later, and eventually sent to jail for 18 years, this attempt reached a dead-end.

Even though the details differ widely, the story of the current Hwanggumpyong and Whiwa islets failure (near Sinuiju/Dandong) is pretty much the same: Beijing being unsupportive of North Korea’s attempt to attract foreign capital. One should keep in mind that the three northeast Chinese regions (Liaoning, Jilin and Heilongjiang) – the “Chinese rustbelt” – already suffer from unemployment and that local powers logically do not welcome the availability of North Korean labor (three times cheaper than the northeast Chinese labor).

Even the half-success of the Rason tax-free zone is revealing of China’s ambiguous attitude as it is mostly used by China as a transportation and tourism hub rather than as a real zone where products are being manufactured. Since the lease of the Rason port by Beijing gives northeast Chinese companies access to the Pacific Ocean (which the Qing Empire had lost to the Russians in 1858) and also divides the shipping time of Chinese goods to Japan by 10, it is a pretty good opportunity for the Chinese economy but can hardly be seen as support for the Rason SEZ itself.

For the time being, North Korea’s SEZs have had little success. The KIC is maybe the most lucrative but its fate is conditioned by the North-South political climate, and the others do not receive high support from neighboring countries. However, the announcement of many new SEZs to be opened indicates that Pyongyang wants to persevere in this way, showing a pretty strong will for opening up (although very few actual achievements), even though the North Korean authorities do not have all the cards in their hands and the opening of the DPRK’s economy also depends on foreign powers. It may not seem on the right track but let’s not forget that among the four southern Chinese SEZs (Shenzhen, Xiamen, Zhuhai and Shantou), three were half-successes at best, and yet this led to the China we know today.

North Korea has recently announced the opening of no less than 14 new Special Economic Zones (SEZs), in addition to the existing four (plus two Special Administrative Regions). While the development of the SEZs project in the DPRK already seemed rather chaotic, Pyongyang’s economic opening-up strategy is now more blurred than ever. More than 20 years after the opening of the Rason SEZ, are North