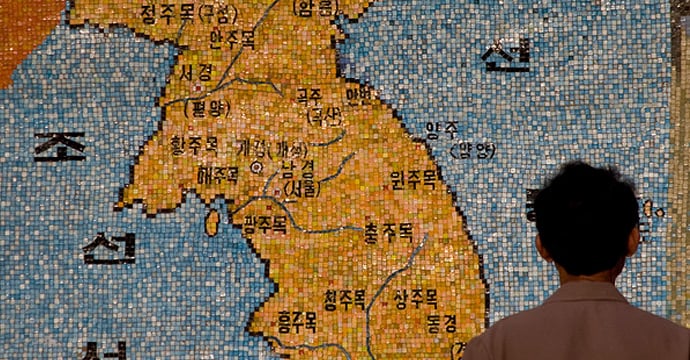 The DPRK convened what it called an International Conference on SEZ (Special Economic Zone) Development at the Yanggakdo Hotel in Pyongyang from October 16 to October 17, 2013.  The conference, organized by the Korea Economic Development Association and which included at least one foreign organizer, Professor Park Kyung-ae of the University of British Columbia in Vancouver, gathered 60 DPRK specialists along with academics from the China, India, Vietnam, the United States, Canada and Malaysia (which has a visa-free travel agreement with the DPRK).

The conference is linked to Kim Jong Un’s efforts at modifying the DPRK’s economic policies and increasing foreign trade and foreign direct investment.  In 2012, according to an August 2013 report by Dong-A Ilbo, Kim Jong Un allegedly remarked that “as a state, have worked even without a right economic development strategy for several decades.  We should make a new method of economic management befitting actual circumstances to restore the people’s living standard,” adding “if the people like it, it is right and we should continuously develop it.”

Ri Chol Sok, Vice President of the Korea Economic Development Association told KCNA in an interview that the conference deals “with present-day situation and prospect of the special economic zones in the DPRK and its laws for SEZs, characteristics of special economic and exports processing zones in China and Vietnam as well as the experiences gained in developing them.”  Ri said the conference “introduces the roles the zones play in the economic development in each country.”

Ri also claimed that the country “constituted a series of laws for ensuring free business activities in the zones” and is “is making efforts to improve economic management methods, while consolidating the socialist economic system.”  Among the “series of laws” and “efforts to improve economic management methods” the DPRK’s unicameral legislature the Supreme People’s Assembly issued a decree on October 16, 2013 (the first day of the conference) which renamed the General Bureau for State Economic Development to the State Economic Development Commission.  During 2012 and 2013 the DPRK began to modify its state-run cooperative farming system which effectively privatized farming plots and agricultural production at selected farms.  According to a source with ties to the DPRK’s political leadership, a self-supporting account system introduced at factories and industrial sites during the summer of 2013 was expanded to additional enterprises in August.  The self-supporting account system moves control over planning, supply, resource allocation and distribution from the central authorities in Pyongyang to factory managers.

At the center of the DPRK’s economic policies is the establishment and development of additional Special Economic Zones in the country.  Currently the DPRK operates two SEZ–the inter-Korean Kaesong Industrial Zone and the Rajin-Sonbong Special Economic and Trade Zone in the northeast of the DPRK–and is slowly developing a third SEZ on Hwanggumpyong-Wiwha Islands in North Pyongan Province.   Other cities which are under consideration for new SEZs include Chongjin, Haeju, Wonsan.  There has been no official word in the country’s state media or even credible external rumors about the DPRK developing SEZs in those cities.  However, the DPRK’s next SEZ may not be located in the provinces but close to the power center in Pyongyang.

In October 2011, the late Kim Jong Il designated a 714 acre (300 hectares) plot next to the State Academy of Sciences in the restricted and heavily guarded Unjong District between Pyongyang and Pyongsong to develop the Unjong New and High Technology Development Zone, which formed its own corporation in June 2012. With an estimated $1.5 billion dollar investment, the Unjong Zone would utilize the labor and intellectual capital of the State Academy of Sciences’ 50,000 employees.  Currently the DPRK has completed only about 1/3 of the necessary infrastructure development (roads, water supply, electricity) in the designated area.  The zone would be operated and managed by the State Academy of Sciences’ Technology Trade Bureau and would be subdivided into management and services, processing trade, information technology, nano and new materials, advanced industrial equipment manufacturing and life science and technology.

The Unjong Zone is being marketed to foreign government and corporate officials under the slogan “Outsourcing Services for All Kinds of Softare Development.”   DPRK Cabinet and trade officials have given PowerPoint presentations in Singapore, Vietnam and from China officials from Zhejiang Province and the city of Suzhou (home to three technology industrial parks).  A group of journalists and businessmen from Taiwan toured the Unjong Zone late in 2012.  At their presentations, DPRK officials have detailed different joint venture models (i.e., foreign owned enterprises, equity joint ventures) and listed dozens of different joint technology proposals ranging from software development to biometric sensors to soft drink production.  DPRK officials have also unveiled a series of policies intended to attract investment in the zone.  Policies include exemptions on tariffs on raw materials and product exports, lower income tax rates, preferential leasing prices for land or facilities within the Unjong Zone and a three-year corporate tax exemption for businesses in the zone.

A Taiwanese businessman with previous experience dealing with the DPRK told the magazine Cho Yueh that the Unjong Zone proposal is “very special” and said that “In the past, the DPRK established economic development zones mainly in the border areas adjacent to other countries so that it was easy to carry out management, but the Unjong Development Zone has been built in a place only 30 km from Pyongyang. It is thus clear that the DPRK has changed policies in order to develop the economy. Whether or not it will advance toward reform and opening-up remains an issue to be observed.”  A businessman from Zhejiang Province, China, who works with DPRK software engineers and attended a presentation said they “have a very high sense of mission; when given assignments, the would rush to finish them even if it means sacrificing sleep; they are very conscientious workers.”

Despite the appeal of the DPRK’s labor pool and the country’s investment incentives, attracting foreign investment to the Unjong New and High Technology Development Zone may be limited to Russia and China because of unilateral and international sanctions against the DPRK for its nuclear weapons and space programs. The DPRK may also experience difficulty in attracting Chinese investors due to a lack of trade and financial protocols between the DPRK and PRC which could slow payments to Chinese companies.  On this, a business magazine journalist said in August that Zhejiang businessmen who attended the DPRK’s presentation “are of the opinion that the DPRK has not given full consideration to the matter.”

The DPRK convened what it called an International Conference on SEZ (Special Economic Zone) Development at the Yanggakdo Hotel in Pyongyang from October 16 to October 17, 2013.  The conference, organized by the Korea Economic Development Association and which included at least one foreign organizer, Professor Park Kyung-ae of the University of British Columbia in Vancouver, gathered 60 DPRK Ask a North Korean: what was life like on the construction sites at Samjiyon? 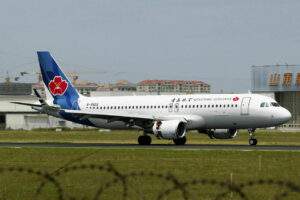 Michael Madden is an NK News Pro leadership specialist and the sole author and editor of the website NK Leadership Watch.