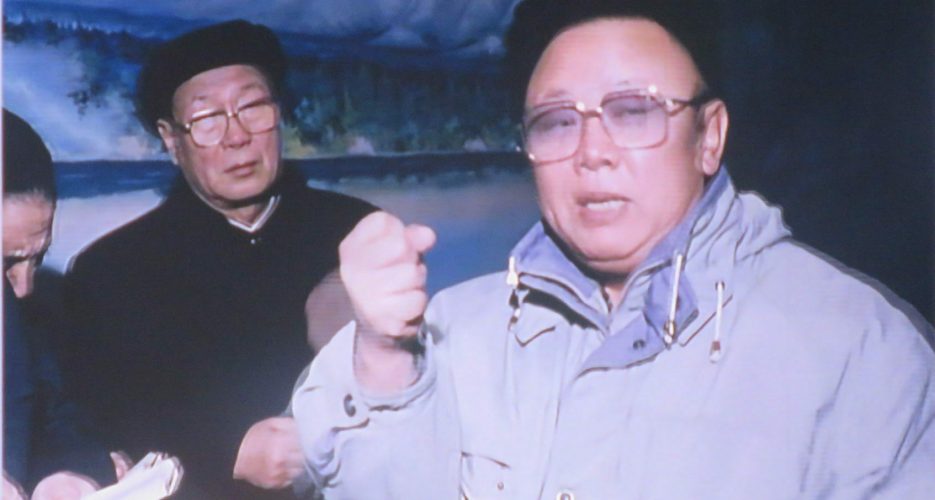 On March 20, 2003, bombs thundered down on Baghdad, Iraq, filling the dark sky with lights of sublime terror and a reverberating roar.  Explosion clouds formed figurative smokestacks wafting upward in the early morning as ceaseless flak fire echoed throughout the Iraqi capital.

The United States-led invasion of Iraq was underway.

A little before noon in Pyongyang, Kim Jong Il watched news footage of this shock and awe campaign with a grave realization: the George W. Bush administration was actually following through on its preemptive strike doctrine; the United States had almost unilaterally invaded an “Axis of Evil” country, a club in which North Korea held full membership.

Hearing reports that the opening salvo of the war was an assassination attempt on Saddam Hussein, the North Korean leader’s elite security team almost certainly rushed him to an underground compound.

Kim Jong Il took refuge in an impregnable mountain fortress, called Cheol Bong Li, a little under ten miles from central Pyongyang.  There, he hurried past tank units of the Korean People’s Army, descending down a lengthy underground corridor, deep beneath Guk Sa Bong mountain.  The command compound that awaited him—designed to withstand a nuclear strike—consisted of two sprawling floors, including a series of war rooms that would enable Kim to control the military during a foreign attack.

The implications were sobering.  If the Bush administration would invade and occupy Iraq—dismissing the possibility of a bloody insurgency—would they risk millions of Korean lives and strike nuclear sites in the DPRK…or even the Dear Leader himself?

In the weeks before the war, the U.S. had deployed 24 B-1 and B-52 bombers to Guam as a warning to Pyongyang.  In early 2002, the Pentagon had also publicly acknowledged nuclear strike plans for hitting seven countries, including North Korea, “in the event of surprising military developments” or in response to a nuclear, biological, or chemical attack.  That same report, called the Nuclear Posture Review, recommended new miniaturized nuclear weapons for the American arsenal.

As those plans were revealed, President Bush traveled to South Korea in February 2002, offering mixed messages.  Bush met with South Korean President Kim Dae Jung and said: “We’re peaceful people.  We have no intention of invading North Korea,” while reiterating: “…America will not allow North Korea…to threaten freedom with weapons of mass destruction.”

Bush’s personal animosity for the North Korean leader—whom he once called a “pygmy”—was well known; “I loathe Kim Jong Il!” the 43rd President of the United States told Bob Woodward in 2002.  “They tell me,” Bush stated in that interview, “we don’t need to move too fast, because the financial burdens on people will be so immense if we try to—if this guy were to topple…I just don’t buy that.”

In early October 2002, tensions heightened after U.S. officials traveled to the North Korean capital and challenged Foreign Ministry officials with evidence that Pyongyang had cheated on the 1994 Agreed Framework.  The North Koreans responded brusquely, arguing that the DPRK had the right to nuclear weapons regardless of those accusations.  Somewhere in that heated conversation, U.S. translators allegedly misinterpreted the Chosŏn dialect (조선어) of the North and came away believing that Kim Jong Il’s government had admitted to a uranium enrichment program.

In December 2002, Secretary of Defense Donald Rumsfeld warned North Korea as America took steps towards invading Iraq: “We are capable of fighting two major regional conflicts. We’re capable of winning decisively in one and swiftly defeating in the case of the other. And let there be no doubt about it.”

The Bush administration offered new negotiations in January 2003 but insisted North Korea uphold its prior agreements as a starting point.  Pyongyang, however, demanded security guarantees upfront.  Stalemated ensued, leading North Korea to withdraw from the Non-Proliferation Treaty on January 10.  Thereafter, Bush declared in his State of the Union Address in 2003:

Despite those comments, many American officials, convinced that the North Korean state would soon fall apart, sought one overarching goal: regime change.  As a result, Pyongyang complained that the U.S. negotiating position was “virtually a demand that we yield.  Yielding means death.”

As the bombs fell on Iraq two months later, only one weapon—Kim Jong Il understood—could prevent the chance of a foreign attack on North Korea.

Brandon K. Gauthier, M.A. graduated from Elon University in 2006, and is presently a PhD candidate in American history at Fordham University. Specializing in U.S. diplomatic history, he is at work on a dissertation examining the intellectual history of U.S. foreign relations with the Democratic People’s Republic of Korea from 1948 to 1995. He is a monthly contributor to NKnews.