One Year On And It’s All About ‘Kim Jong Il Patriotism’
One year after his death, today's events in Pyongyang seem to be the epitome of what is being referred to in North Korea as 'Kim Jong Il's Patriotism'
NK News December 17, 2012 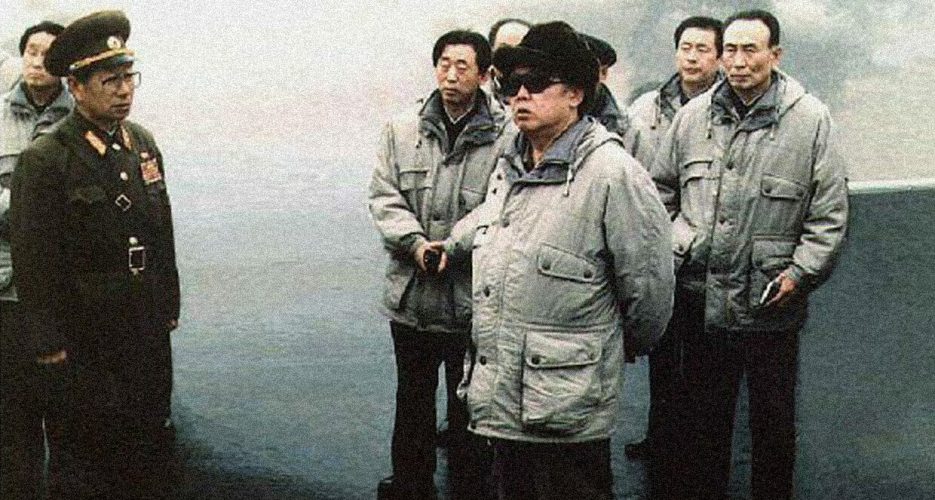 Official state media mouthpiece the KCNA reported the usual circle of North Korean leadership to be in attendance, including a now heavily-pregnant Ri Sol Ju, Kim Jong Un’s wife. Also at the opening, that showed an embalmed Kim Jong Il still in his trademark jumpsuit, were the “scientists, technicians, workers and officials who contributed to the successful launch” of North Korea’s rocket that is said to have delivered a satellite into orbit last week.

The KCNA also featured a round-up of Western media coverage of the launch, and gave a surprise hat tip to North Korea blogger Martyn Williams (whom they identified as being a ‘space analyst’) and his excellent North Korea Tech blog, saying:

U.S. space data analyst Martin Williams said that the DPRK’s success in putting working satellite into orbit is an important moment in the Korean history, adding this is a success of great significance for the DPRK.

Which is an interesting version of what Williams actually told the Guardian:

If the rocket actually makes it into space and releases a working satellite it will be a major moment in the country’s history and a huge propaganda success for the North Korean regime.

Indeed, as many observers have identified, there is little doubt that the launch was a propaganda success domestically, and will have further consolidated Kim Jong Un’s first year of power. Whilst many have tried to make sense of the launch in international or diplomatic terms, the planning, execution, and aftermath of the launch seem to have been exclusively focussed on domestic events, as NK News discussed here, shortly before the launch.

Today’s events in Pyongyang, that included a mass rally and the broadcasting of songs on North Korean radio such as ‘Our Satellite That Flies in Space’, seem to be the epitome of a long line of what is being referred to in North Korea as ‘Kim Jong Il Patriotism’.

Throughout the year, ‘Kim Jong Il Patriotism’ has been often referenced, frequently practised, yet rarely defined. In September, the KCNA announced a ‘National Seminar on Kim Jong Il’s Patriotism’ and rarely does a report come out without attributing achievements in innovation, sport or diplomacy to Kim Jong Il’s ‘hot wind‘ and ‘ardent patriotism’.

In short, the phrase acts as a catch-all term used in domestic propaganda that refers to carrying out the wishes and desires of Kim Jong Il and seems to have become a useful way of outlining (or perhaps manufacturing) the late leader’s last will and testament, meaning any act to which it is attributed becomes untouchable, lest one be accused of going against Kim Jong Il’s dying wishes.

When understood on these terms, events in Pyongyang and their seemingly out-of-step nature with the rest of the world might start to make a little bit more sense as Kim Jong Un and the small circle of leaders around him continue to attribute many of their actions to the phenomenon.

North Korea has been marking the first anniversary of Kim Jong Il's death with mass rallies held in Pyongyang and the re-opening of his final resting place, a recently restored mausoleum in central Pyongyang that also houses former North Korean leader, Kim Il Sung.Official state media mouthpiece the KCNA reported the usual circle of North Korean leadership to be in attendance, including a