North Korea Confirms Arrest of “Kenneth” Bae
Bae, owner of "Nation Tours", suggested to have been conducting religious activities in the DPRK under guise of tourism
Chad O'Carroll December 21, 2012 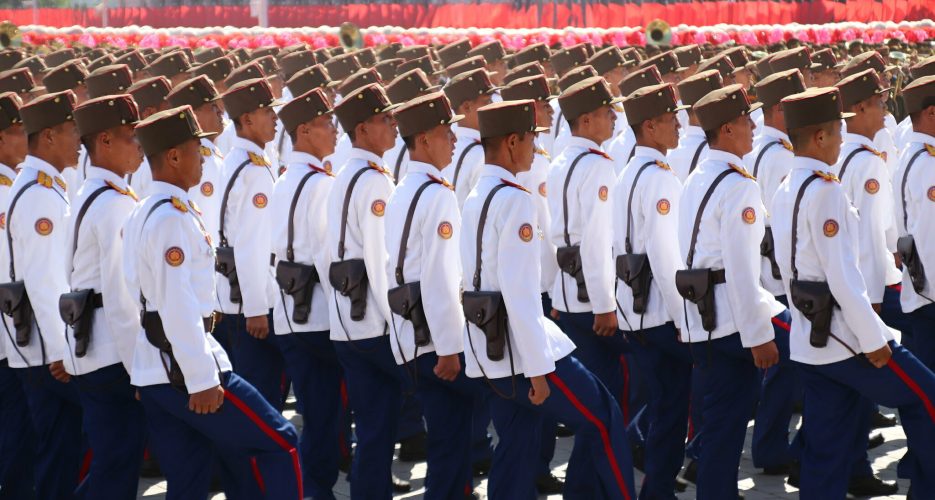 Confirming exclusive reports on NK NEWS two weeks ago, North Korea’s KCNA today revealed the arrest of Kenneth Bae (Pae Jun Ho), an American citizen, on charges of committing “hostile acts against the republic”. A report issued by KCNA today said, “in the process of investigation evidence proving that he committed a crime against the DPRK was revealed. He admitted his crime.”

Bae, the owner of “Nation Tours”, a North Korea tour company that some have claimed may have been involved in religious / proselytizing activities, reportedly entered the northeastern port city of Rajin on 3 November with tourists for a five-day trip that he never returned from.

Hailing from Lynnwood, Washington, State Rep. Cindy Ryu said that he could have been billing himself as a tour director to disclose his true work was as a Christian missionary.  Last week she told the Christian Post,

Many of us [in Lynnwood] are third- and fourth-generation Christians and many of our pastors are originally from North Korea…We want to visit our home country, but in North Korea you cannot say you are a missionary.

As NK NEWS exclusively reported, his website “Nation Tours” was promptly removed by colleagues in the aftermath of his arrest.  However, cached records describe the companies mission objective as being “Loving People, Loving Culture, Loving Nature”.

On the removed “About” page of the website, Bae’s mission statement explained that following exploratory trips to North Korea,

We found ourselves falling in love with the friendly people…and fascinating culture… After realizing this love was something that needed to be shared with as many people possible, we developed Nation Tours so that others could fall in love with North Korea, too.

Religious practices are widely frowned upon in North Korea, with propaganda often presenting religion in a negative light. Recent refuge and missionary reports indicate that religious North Koreans engaging in proselytizing or those who have ties to overseas evangelical groups operating in Chinese border areas have been arrested and subjected to harsh penalties.

Others also knowledgeable with Bae’s case speculate he may have been arrested for taking sensitive photographs. Do Hee-youn of the Citizen’s Coalition recently said,

The most plausible scenario I can think of is that he took some pictures of the orphans, and the North Korean authorities considered that an act of anti-North Korean propaganda.

The arrest of U.S. citizens in North Korea has become increasingly common place in recent years, especially those affiliated with Christian religious groups.

In 2010, North Korea released Robert Park, a Korean-American Christian activist who entered the country on Christmas Day in 2009 to draw international attention to the North’s poor human rights record.

Another American Christian fundamentalist named Aijalon Mahli Gomes was arrested the same year sentenced to eight years of hard labor for illegal entry and “hostile acts.” He was freed after former U.S. President Carter visited Pyongyang and, according to North Korea, “apologized” for the man’s crime.

While unrelated to missionary activities, in 2009 North Korea arrested two American journalists, Laura Ling and Euna Lee, and sentenced them to 12 years of hard labor for illegally entering the North and committing “hostile acts against the Korean nation.” Following a visit to Pyongyang by former U.S. President Clinton, they were released later the same year.

Bae’s own arrest comes following increased tension between the U.S. and North Korea after Pyongyang successfully launched a satellite into space earlier this month.

Confirming exclusive reports on NK NEWS two weeks ago, North Korea's KCNA today revealed the arrest of Kenneth Bae (Pae Jun Ho), an American citizen, on charges of committing “hostile acts against the republic". A report issued by KCNA today said, "in the process of investigation evidence proving that he committed a crime against the DPRK was revealed. He admitted his crime."Bae, the owner