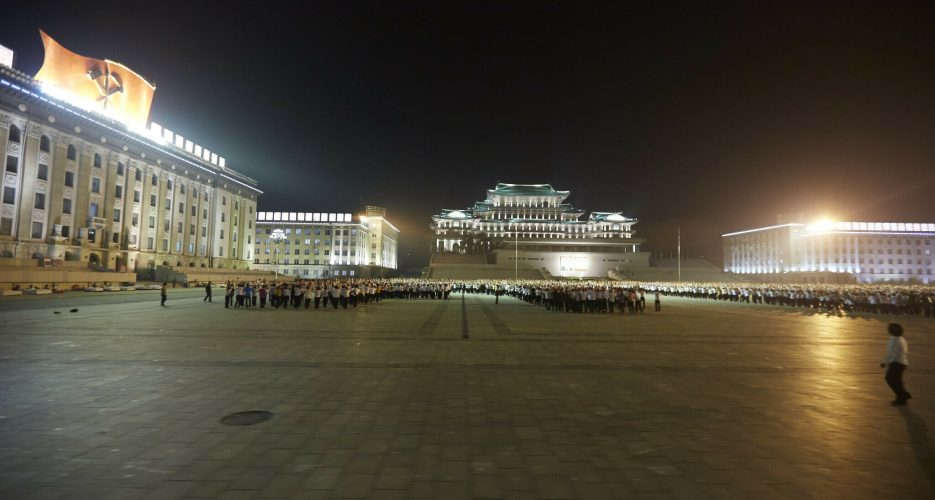 The lack of a U.S. embassy in North Korea is a barrier to diplomacy between Pyongyang and Washington DC,  said a retired British diplomat who represented the UK in the DPRK in 2002.  Dr. James Hoare,the UK’s former Charge D’Affaires to Pyongyang and a current Senior Teaching Fellow at SOAS, was speaking last week at the at the Korean Economic and Political Forum in London.

“You may not like people, you may even hate them, but if you don’t talk to them and you don’t deal with them, you don’t get through to them”.

Describing previous U.S. – DPRK relations, Hoare said that the Agreed Framework had originally provided the “means for the United States and North Korea to settle their problems”.  Following the breakdown of that agreement, Hoare said that the bilateral relations that followed on from that period had been largely dominated by nuclear issues.

Whilst there is a lot of current uncertainty around U.S. policy towards North Korea, Hoare said that Europe was now likely to follow in the tracks of the U.S. “pacific power” regarding actions towards and relationships with North Korea.

On the subject of Western Europe’s own relations with North Korea, Hoare said it wasn’t until the 1970s when diplomatic engagement began and initial embassies were established by Malta and some Scandinavian countries. Preceding this, Eastern Europe had a relatively higher involvement with North Korea than Western Europe and this mainly came in the form of development assistance following the Korean War.

Based on Kim Dae-Jung’s ideas of engagement and encouraging the outside world to pursue similar policies, Hoare explained that there had been a large rise in the number of countries establishing diplomatic relations with North Korea from 2000, with most of Europe doing so within 18 months. The initial period of diplomatic relations between Britain and North Korea was defined by Hoare as “a time of hope” surrounded by “a sense in which we thought things would improve”. As Hoare described, this positive atmosphere was based especially on initiatives between Britain and North Korea, such as programs in educations and dialogues on human rights, which involved the EU as well.

Ending his presentation on the subject of the North Korean leader, Hoare said, “Kim Jong-Un’s education in Switzerland, I fear, will not have made him a liberal in any sense”, making reference to the “tightly controlled environment” that he was in during his school years. Kim Jong-Un’s leadership, along with the outcome of the South Korean election, will be crucial for relations with Europe, and the international community as a whole in determining whether the “hopes of 2000” that Hoare experienced at the climax of the engagement period may come again, so it is important to note Hoare’s final notes on Kim Jong-Un that “he may just be a little bit more open”.

The Korea Economic and Political Forum was organized by the London School of Economics and took place on 24 November.

The lack of a U.S. embassy in North Korea is a barrier to diplomacy between Pyongyang and Washington DC,  said a retired British diplomat who represented the UK in the DPRK in 2002.  Dr. James Hoare,the UK's former Charge D'Affaires to Pyongyang and a current Senior Teaching Fellow at SOAS, was speaking last week at the at the Korean Economic and Political Forum in London.