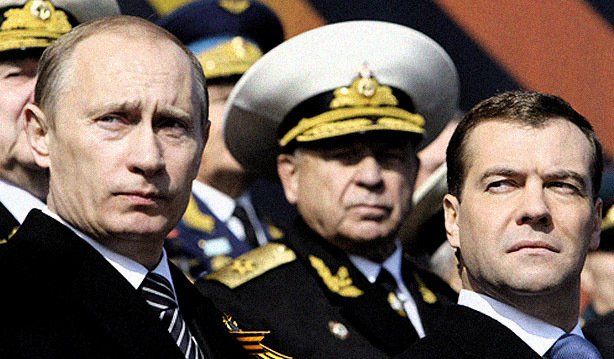 When Vladimir Putin became the President of Russia in 1999, he inherited a North Korean foreign policy that was at possibly its most moribund state since the fall of the Soviet Union.  But his arrival heralded a change in North Korean policy, one which became more open to engaging with Pyongyang. These improved relations reflected the desire of Putin to promote a dual policy of pursuing security and economic interests, which in turn could enlarge regional influence and strengthen international status. The Korean Peninsula was seen as a launch-pad from which Russia could regain its lost status in the region and begin to unlock the economic potential of the Russian Far East.

Putin took the initiative by visiting Pyongyang to meet with Kim Jong-Il in July of 2000, becoming the first ever leader from Moscow to do so since the formation of the DPRK. This was reciprocated in August 2001 when Kim travelled by train from Pyongyang to Moscow for talks with Putin. It was reported that Kim Jong-Il was particularly impressed by Putin. Given his personality traits this should not come as a surprise[1], and Kim Jong-Il readily opened up to Putin, who was willing to recognise him as an equal and greeted him with open arms. Under Putin’s stewardship, economic activity increased and Russia was invited by the DPRK and China to become part of the Six-Party Talks[2]. Through North Korea, he managed to open the door to the Far East between 2000 and 2002.

However, early optimism did not last long. A lack of progress on the expectations of both countries cooled relations to a degree, Moscow was not the provider and guarantor that the Soviet Union had been, and Pyongyang was not as willing to follow Russia’s advice as much had been hoped. Putin had lost some trust in Kim Jong-Il, and was disappointed that he had failed to open up the economic possibilities that Russia had been championing. Overall, Russian foreign policy toward North Korea had depended on Putin’s presidential diplomacy to a considerable degree. Unfortunately, the clear focus of the DPRK had been towards the U.S, and no amount of security guarantees from Russia would make up for the concessions and guarantees that it desired from the U.S.  For this reason, the early pragmatism of the Russian leadership soon resulted in a partial scaling back of ties.

And so to the present day, one in which the death of Kim Jong-Il now sees his son, Kim Jong-Un, leading North Korea. The Russian Presidential elections due in March 2012 are almost certain to result in Vladimir Putin making his return to the Presidency, and this opens up a number of possibilities for Russia-DPRK relations. Although Putin cooled his interest in the Korean Peninsula during his second term, a unique opportunity has arisen for Russia and a second chance at improving relations is possible. Notwithstanding domestic discontent over the recent election fallout which is likely to result in mild legislative compromises, economic issues are a major priority for Russia going forward in the coming years. Despite a stronger recovery from the 2008-2009 financial crisis than a number of European neighbours, it still relies heavily on its burgeoning natural resources sector. Russia could therefore see the Asian-Pacific sector as a priority region for growth, and also an opportunity to push investment in the long-neglected Russian Far East. Geography dictates that a stable North Korea is vital to realising these goals. So far, Dmitry Medvedev has ensured that Russia remains on solid terms with the DPRK by sending a message of condolence over the death of Kim Jong-Il, a move not reciprocated by either Japan, South Korea or the U.S. While this does not guarantee anything for Russia, it is a move that the DPRK is unlikely to forget when it reviews its foreign policy at the end of 2012.

Despite previous disappointments for Putin in his relationship with North Korea, he is likely to take the opportunity for talks with Kim Jong-Un if the opportunity arises. With a failing reset policy with the U.S, and volatile economic times for Europe to the West, the Asia-Pacific region looks set to return to the fore for Russia. Previous failures in this area for Russia are to be noted, but Moscow will have learned from these mistakes and the 2012 APEC summit in Vladivostok provides the perfect starting-point for investment if Russia becomes serious about the region. Even beyond this, the pragmatism of Putin and Russian foreign policy in general will lead to a desire to remain on friendly terms with the DPRK. There will almost certainly be no pressure with regards to Pyongyang’s nuclear-weapons program, not least as Russia has fully come to terms with the development and sees it as unlikely that they will voluntary give up those weapons. In addition to this, Russia is extremely comfortable with a repressive regime in North Korea if it means consolidating the balance of power in the region, and prevents further strategic influence going towards either the U.S. or China. With its current weak position in the region, Russia stands a far better chance of gaining influence if competing powers are held in check and Moscow is given time to grow the economy of the Russian Far East.

The energy pipeline and Trans-Korean railway would be a major boost for Russia, and this will almost certainly be on the agenda again in the second half of 2012. For Kim Jong-Un and North Korea, this provides the opportunity for easy hard currency. Estimates so far have suggested that Pyongyang could receive $100million a year in transit fees should the gas-pipeline project go ahead[3], and there will undoubtedly be additional fees from any Trans-Korean railway line. Should these projects be realised, they will greatly enhance the security of North Korea, bringing the Russians closer, and the South more dependent on a stable peninsula. With Russian gas projected to reach 30% of all South Korean gas imports if the pipeline is completed, it would cause major disruptions should disputes result in Pyongyang turning off the tap. This should not be ruled out, as the experiences of the Kaesong industrial complex and Kumgangsan tourist region suggest.

Overall Putin will see this not simply as an economic opportunity, but one which can strengthen domestic stability. Russia is traditionally unable to separate domestic and foreign influence; when one is weak, so becomes the other. If Putin can help Russia to achieve any of its Asian-Pacific goals, this will make domestic problems far easier to resolve, particularly in a region which has felt alienated and under-developed from the Russian political centre for over two decades. For better or worse, in 2012 North Korea will be at the heart of Russian developments in the Russian Far East, and Asian-Pacific region.

[1] An analysis of Kim’s personality was conducted in a 2006 report entitled “Kim Jong-Il: Strategy & Psychology” by Michael J. Mazaar. You can find the report at the Korea Economic Institute, the link is http://www.keia.org/publication/kim-jong-il-strategy-and-psychology

[2] With regards to the clarification of whether China alone invited Russia, it is very hard to find a definitive and concrete statement on the matter. Four sources suggest the DPRK insisted on Russia being there, or at least pushed for them to be invited due to them being construed as a balancing force in talks. Yong Kwon mentions it in paragraph 12 in this 2010 article, http://www.atimes.com/atimes/Korea/LF04Dg01.html while Georgy Toloraya mentions it on page 49 of this paper from 2008 http://www.asianperspective.org/articles/v32n4-d.pdf . Leszek Buszynski touches on it on page 819 of a paper entitled “Russia and North Korea: Dilemmas and Interests” in Asian Survey in 2009, and James Clay Moltz suggests Russia was at the forefront of kick-starting the talks on page 723 of “U.S.-Russian Relations and the North Korean Crisis: A Role for the Russian Far East?” in Asian Survey in 2005.

When Vladimir Putin became the President of Russia in 1999, he inherited a North Korean foreign policy that was at possibly its most moribund state since the fall of the Soviet Union.  But his arrival heralded a change in North Korean policy, one which became more open to engaging with Pyongyang. These improved relations reflected the desire of Putin to promote a dual policy of pursuing security

Gerard Clare is a research student at the University of Glasgow in Scotland, specialising in issues of regionalism and centre-periphery relations in the Russian Far East, including how citizens on the periphery can identify with central representations of what it means to be Russian, and in what ways these representations may conflict with regional identities. His knowledge extends through to Russia-DPRK relations in the post-Soviet era, with particular focus on engagement, expectations and wider themes around energy and security. He has previously completed both his undergraduate degree in Central and East European Studies in 2011, and his MSc in Russian, Central and East European studies in 2012, at the University of Glasgow. He has contributed a number of articles to NKNews since 2011, looking at Russia-DPRK relations, Six-Party Talks and even football within the DPRK.