Natalya Noskova and Vadim Tetin arrived in the DPRK on March 9, brought diplomatic mail and medicine into the country
Oliver Hotham April 9, 2020 Correction at 18:10 KST: A previous version of this article stated that two diplomats arrived in the DPRK on March 8, when in fact they arrived on March 9. It has been amended to reflect that fact.

Two Russian diplomats were on Wednesday released from a “difficult” 30 days in quarantine in the North Korean city of Pyongsong, the country’s embassy said on Thursday.

Natalya Noskova and Vadim Tetin reportedly arrived in the DPRK on March 9, the only two passengers onboard a return flight from Vladivostok which had earlier in the day brought some 80 foreigners — including many foreign diplomats and aid workers — out of the country.

The two had been tasked with bringing “diplomatic mail and medicines” into North Korea on behalf of in-country diplomatic staff.

But under new rules imposed by the North Korean authorities intended to prevent a potential spread of the COVID-19 virus, the diplomats were subsequently placed under a 30-day quarantine at Jangsusan Hotel in Pyongsong, roughly 30 kilometers north of the DPRK capital.

“They were the only guests in the hotel,” the Russian embassy said in a post on its official Facebook page, describing the ordeal as “very difficult.”

“Several… Korean staff, including two infectious disease doctors, observing strict anti-virus protection measures, were close to [them] all this time,” it continued.

Those doctors, the embassy said, “monitored their health, took their temperature several times a day, and thoroughly decontaminated the premises and objects.”

Noskova and Vadim have reportedly gone for a month without access to the internet or Russian newspaper, TV, and radio, it continued, and were not permitted to leave their rooms.

“We, of course, tried to help the ‘recluses’ as much as we could,” the embassy said. “We transported food and water, collected a whole library for them.”

The two were also able to stay in contact with embassy colleagues and relatives back home, it continued, saying Russian officials in Pyongyang were “heartily grateful” to the diplomats for their delivery of essential goods.

“We are also grateful to our colleagues from the First European and Protocol departments of the North Korean Foreign Ministry, who were helpful in resolving many very difficult issues related to the organization of a meeting of our diplomats at the airport and the passage of quarantine,” the embassy said.

Thursday’s news sees the number of foreigners confirmed to be held under quarantine fall to zero, with 507 DPRK citizens reported to remain under medical observation in the country.

Speaking to Reuters on Tuesday, Dr. Edwin Salvador, who serves as the World Health Organization (WHO) Representative to the DPRK, also reported that the country had tested just over 700 for COVID-19.

Salvador also reiterated the DPRK’s long-standing claim that the country has yet to detect any cases of coronavirus — a claim that has drawn skepticism from some observers.

Correction at 18:10 KST: A previous version of this article stated that two diplomats arrived in the DPRK on March 8, when in fact they arrived on March 9. It has been amended to reflect that fact.

Two Russian diplomats were on Wednesday released from a "difficult" 30 days in quarantine in the North Korean city of Pyongsong, the country's embassy said on Thursday. 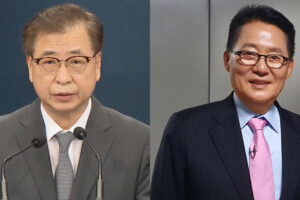