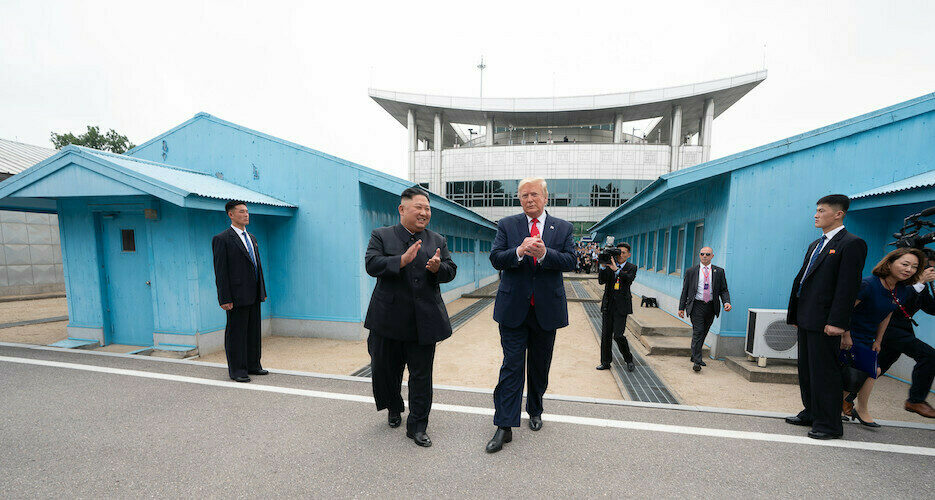 U.S. President Donald Trump remains open to another summit with North Korean leader Kim Jong Un, National Security Advisor Robert O’Brien said Tuesday, while stressing that any such meeting would be contingent on what Pyongyang was able to offer.

O’Brien added that a meeting between the two leaders was not in the works at the moment.

Speaking at the Atlantic Council in Washington, D.C., O’Brien was asked to comment on a recent report by CNN alleging that the President was not interested in meeting with the DPRK leader until after November’s general election.

“We’d like to see negotiations continue if they’re negotiations that lead to North Korea honoring the commitment that Chairman Kim made in Singapore,” the National Security Advisor said, referring to the June 2018 agreement in which the DPRK leader agreed to work toward the denuclearization of the Korean peninsula.

Reiterating that Kim and Trump have already met three times, O’Brien claimed those summits had been “very successful” in defusing tensions between the two countries.

“We’ll keep working at it, and we will have to see as to whether another summit between the leaders is appropriate,” he said.

“But President Trump has made it very clear that if he can get a great deal for the American people, he’ll go to a summit, he’ll go to a meeting, he’ll talk to anybody,” he continued. “But we have to be able to get a good deal.”

For now, the National Security Advisor added, the U.S. would “wait and see” if negotiations between the two countries — on hold for months — could restart, and also see “what’s on offer.”

“Right now there’s not a scheduled summit,” he said. “But if there were an opportunity to move the ball forward for the American people, [Trump is] always willing to do that.”

O’Brien’s remarks come amid what appears to be a growing disinterest in the North Korean issue among top U.S. policymakers following two years of diplomatic outreach to Pyongyang.

Attentions have for months now largely focused on growing tensions with Iran and other international issues — as well as myriad domestic scandals looming over the President and his close advisors.

Trump did not mention North Korea in his State of the Union address this month — a departure from his previous two speeches to Congress.

And with the President having last week been found not guilty by the U.S. Senate — and spared from removal from office — after he was impeached by the House of Representatives, Trump’s focus will now likely turn to November’s elections.

Diplomacy between the U.S. and North Korea has been stalled since October, when working-level negotiations in Stockholm, Sweden, ended without an agreement.

But O’Brien on Tuesday appeared to have mistakenly referred to those talks as having taken place in Oslo, Norway, in November and December.

Asked to clarify those remarks by NK News on Wednesday, the U.S. State Department declined to officially comment.

U.S. President Donald Trump remains open to another summit with North Korean leader Kim Jong Un, National Security Advisor Robert O'Brien said Tuesday, while stressing that any such meeting would be contingent on what Pyongyang was able to offer.O'Brien added that a meeting between the two leaders was not in the works at the moment.Speaking at the Atlantic Council in Washington, D.C.,