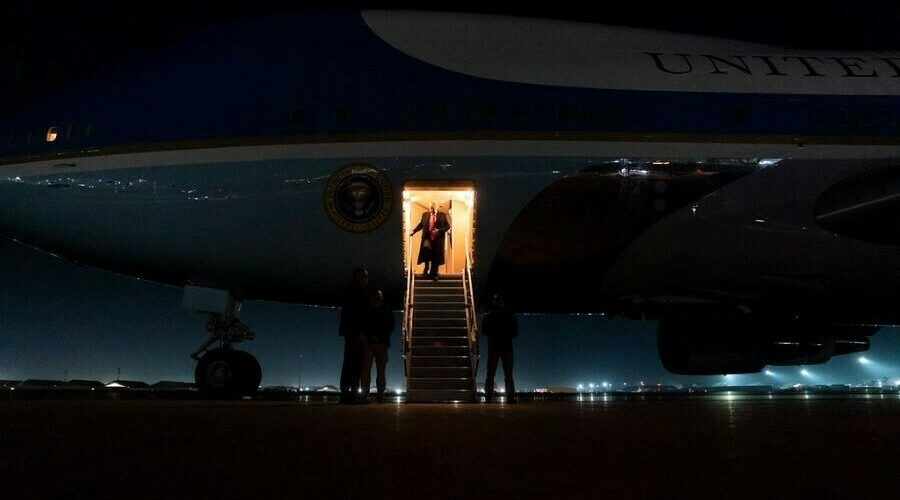 U.S. President Donald Trump on Tuesday said he continues to have confidence in North Korean leader Kim Jong Un and his willingness to denuclearize, reiterating his faith in what he believes to be the “good relationship” between the two.

Speaking in London ahead of a summit of North Atlantic Treaty Organization (NATO), the U.S. President described the DPRK leader as “rocket man” and said he hoped Kim would abide by an agreement signed with the U.S. in Singapore last year.

“My relationship with Kim Jong Un is really good,” he said. “But that doesn’t mean he won’t abide by the agreement we signed.”

“Look at the first agreement that we signed: it said he will denuclearize,” he continued. “I hope he lives up to the agreement, but we’re gonna find out.”

The third point of the Singapore agreement, however, stated that “the DPRK commits to work toward complete denuclearization of the Korean Peninsula.”

The U.S. President then appeared to have issued a veiled threat to North Korea, stressing the power of the U.S. military and his willingness to use it.

“Now we have the most powerful military we have ever had and we are by far the most powerful country in the world, and hopefully we do not have to use it,” he said, when discussing the reported possibility of a conflict breaking out on the Korean peninsula when he took office in 2017. “But if we do, we will use it.”

The comments echo previous statements from Trump, most recently in May 2018 before the Singapore summit when the U.S. president, in a letter to Kim Jong Un initially cancelling the summit, said: “You talk about your nuclear capabilities, but ours are so massive and powerful that I pray to God they will never have to be used.”

Trump also famously said during his speech at the UN General Assembly in late 2017 that the U.S. may “have no choice but to totally destroy North Korea… The United States is ready, willing and able but hopefully, this will not be necessary.”

At the press conference Tuesday, he also sought to downplay a recent missile test by the DPRK last week — the country’s thirteenth so far this year.

“He sure loves sending rockets up, that’s why I call him rocket man,” Trump said, additionally calling into question claims by a reporter that North Korea continues to develop its nuclear and missile capabilities.

“We have a very good relationship and we’ll see what happens, it may work out, it may not.”

The President’s comments come just hours after a senior diplomat from North Korea’s Ministry of Foreign Affairs (MFA) warned the U.S. would need to decide what kind of “Christmas present” it wanted from the DPRK.

Those remarks, delivered by vice foreign minister Ri Thae Song and carried by the Korean Central News Agency (KCNA), bemoaned a lack of progress in talks with the U.S., complaining that Washington is yet to provide compensation for what the DPRK has claimed have been good-faith measures to improve ties.

But they also called out the U.S. President for repeatedly touting his diplomatic achievements on the campaign trail, as he faces re-election next year.

“The dialogue touted by the U.S. is, in essence, nothing but a foolish trick hatched to keep the DPRK bound to dialogue and use it in favor of the political situation and election in the U.S.,” Ri said, warning Washington that Pyongyang’s year-end deadline for diplomacy to produce results “comes nearer.”

Reporters in London on Tuesday did not ask Trump directly about this latest warning from North Korea.

U.S. President Donald Trump on Tuesday said he continues to have confidence in North Korean leader Kim Jong Un and his willingness to denuclearize, reiterating his faith in what he believes to be the "good relationship" between the two.Speaking in London ahead of a summit of North Atlantic Treaty Organization (NATO), the U.S. President described the DPRK leader as "rocket man" and said he