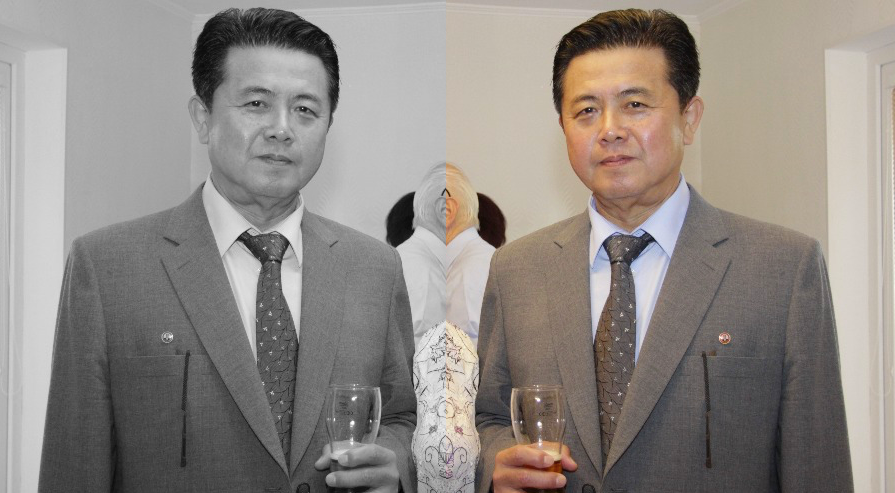 Kim Pyong Il, half-brother of the late North Korean leader Kim Jong Il and a diplomat who represented his country in semi-exile in Europe for over 30 years, has returned home and will be replaced as ambassador to the Czech Republic, a diplomatic source told NK News this week.

The 65-year-old Kim, who began diplomatic service in Yugoslavia in the 1970s and later served as top envoy to Hungary, Bulgaria, Finland, and Poland, had been working as the DPRK’s ambassador to the Czech Republic since 2015.

The son of Kim Il Sung and his third wife Kim Song Ae and uncle of current leader Kim Jong Un is believed to have fallen out of favor at home following a dispute with the-then ascendent Kim Jong Il in the 1970s.

He returned to Pyongyang this summer amid circumstances that remain unclear, and was later reported back in the Czech capital in September to “pack his stuff,” as one source described it at the time.

Kim has now returned to North Korea, NK News learned this week, along with his wife and two children, both now young adults who have spent much of their lives in Europe.

His departure from the posting also appears to have been confirmed by a post online by the Prague-based pro-DPRK Paektusan Czech-Korean Friendship Association late last month, in which members of the group bade farewell to the outgoing ambassador.

Kim will be replaced in the role of ambassador to the Czech Republic by Ju Won Chol, NK News understands, formerly a Director General of the North Korean Ministry of Foreign Affairs (MFA) Second European Department.

Prior to that, Ju served as a deputy at the embassy in Prague. He reportedly speaks excellent Czech and studied in the country, with the process of his confirmation now underway.

“They already asked for agrément for the incoming ambassador, and it’s being processed now,” the source said, requesting anonymity due to sensitivities around talking to media. “It usually takes two months, reciprocally.”

Reportedly “very sensitive” about issues surrounding North Korea’s record on human rights, he is well-known among Western diplomats working on the DPRK portfolio.

It’s not clear, however, whether the news marks the end of Kim’s long diplomatic career overseas, with the diplomatic source saying it remains possible that he could receive another posting, given sensitivities around his links to the ruling family.

“My impression was that he was in Europe for such a long time to be kept far from domestic political life in DPRK,” they said.

“If this is still the thinking of regime’s leadership, he might very well be whisked away someplace else once more.”

Speaking at a closed-door briefing with lawmakers at the country’s National Assembly on Monday, officials from Seoul’s spy agency were reported to have said they believed Kim would soon return and that he had been replaced as ambassador.

Also said to have been recalled is Kim Kwang Sop, the husband of Kim Il Sung’s daughter Kim Kyong Jin, who has served since 1993 as North Korea’s ambassador to Austria.

NK News has been unable to verify those claims.

Kim Pyong Il, half-brother of the late North Korean leader Kim Jong Il and a diplomat who represented his country in semi-exile in Europe for over 30 years, has returned home and will be replaced as ambassador to the Czech Republic, a diplomatic source told NK News this week.The 65-year-old Kim, who began diplomatic service in Yugoslavia in the 1970s and later served as top envoy to Hungary,